Trouble in iPhone City: Foxconn workers are said to be appeased with $1,400

When the employees of the Chinese Apple supplier Foxconn found out that they were receiving their special payments later than expected, arguments broke out on the factory premises. 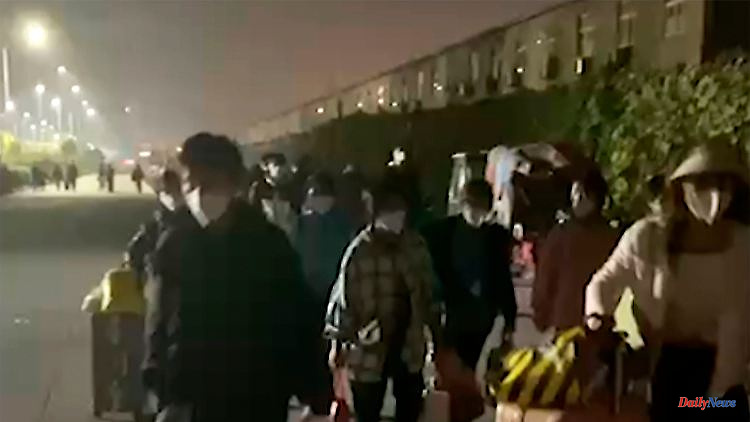 When the employees of the Chinese Apple supplier Foxconn found out that they were receiving their special payments later than expected, arguments broke out on the factory premises. To calm things down, the group decides to take an unusual step.

According to the US financial portal Bloomberg, the Chinese Apple supplier Foxconn has offered to pay the equivalent of around 1,400 dollars to newly hired workers. The requirement: you have to leave the world's largest iPhone assembly factory in Zhengzhou.

On the one hand, the measure is intended to appease disgruntled new employees who played a central role in the recent violent protest on the factory premises. On the other hand, the company also wants to get rid of employees who have caused a lot of tension in its own ranks, it is said.

The riots erupted when workers learned they would only receive the promised higher wages if they stayed at the factory until March. According to information from Bloomberg, the sum should be paid in two installments and make it easier for the employees to travel home. The severance payment corresponds to more than one month's salary.

The factory in Zhengzhou is an entire industrial complex, which is also called "iPhone City". Around 200,000 people work there. Most of them are accommodated in large dormitories on the premises. A number of Apple devices are produced at the site, including the iPhone 14 Pro and Pro Max.

The assembly factory was hit by a Covid outbreak in October and forced to close. This led to a mass exodus of workers fleeing the outbreak of the disease. Foxconn then launched a massive recruitment drive. According to Chinese state media, more than 100,000 people then applied for the advertised positions. With more than a million employees at around 30 locations, the group is the largest private employer in China.

China still has a very strict zero-Covid policy. This includes daily tests and strict isolation in the event of infection. In factories, but also at universities, the authorities often set up a "corona bubble" - people are then not allowed to leave the premises for weeks. 600,000 people were affected by a lockdown around the Foxconn site that was imposed in early November. 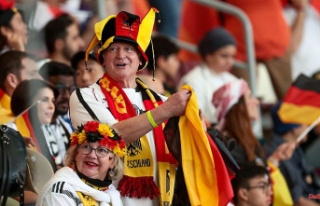 The diary of the World Cup in Qatar: Next shock: Germany...