According to a study, the target set by the federal government of providing two percent of the area for the expansion of wind energy can be achieved. 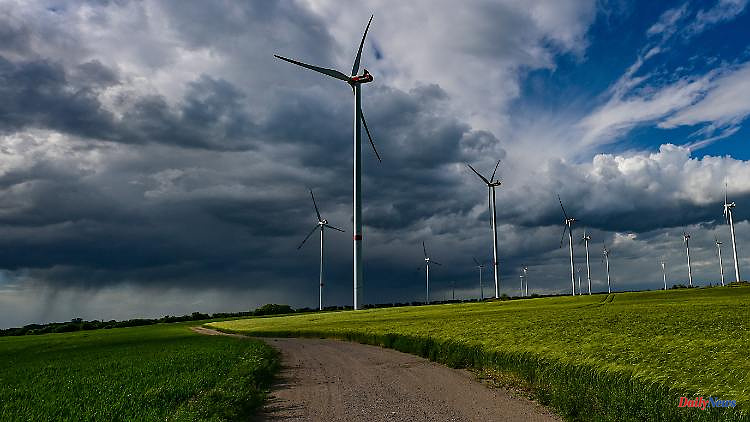 According to a study, the target set by the federal government of providing two percent of the area for the expansion of wind energy can be achieved. However, this would also require construction in forests and protected landscape areas. There is a particularly large amount of space in central and southern Germany.

According to a study, the federal government's area target for the expansion of wind turbines on land is generally achievable. In principle, there are sufficient suitable areas for wind energy on land to achieve the two percent area target - if politicians are willing to accept "conflict risks". What is meant are conflicts, for example between the expansion of wind power and the protection of nature and species. This was the result of a study commissioned by the Ministry of Economics and Climate Protection on the potential of the federal states.

The federal government wants two percent of the state area to be designated for the construction of wind turbines. So far, most countries have not come close to reaching this value. The study also shows that the specification of very high distances from settlements to wind turbines and the exclusion of forest areas, landscape protection areas or areas of particular importance for the landscape greatly reduce the area potential and make it impossible to achieve the goal - or make it very unlikely.

According to the study, the greatest potential for the expansion of wind energy does not necessarily lie in the regions in which the expansion of onshore wind energy has primarily taken place up to now. Although Brandenburg and Lower Saxony have very high area potential, in absolute figures the highest potential is in Bavaria and further high potential in Baden-Württemberg, Thuringia and Hesse. In relation to the state area, the highest potentials are in Thuringia, Brandenburg and Hesse.

A total of ten scenarios were examined - depending on how strict the distances between wind turbines and residential buildings are and how high the average wind speed is. In the southern federal states, a large proportion of the land has fewer, but probably still sufficiently good wind conditions for the economic operation of the systems.

According to the study, the two percent target should be legally anchored in a wind area requirements law. In addition to the two percent target in 2032, there are also plans to set an interim target of 1.4 percent area for 2026 in order to guarantee the expansion target for 2030. Not every federal state has to provide the same proportion of the state area. "Rather, the different requirements of the countries should be taken into account when distributing the area target."

According to plans by Federal Economics and Climate Protection Minister Robert Habeck, 80 percent of the electricity should come from renewable sources by 2030, and by 2035 it should be almost 100 percent. In 2021, according to industry information, it was around 42 percent. According to the study, the sufficient availability of land for onshore wind energy is a fundamental requirement. This was created under the leadership of the consulting company Guidehouse Germany.

1 Always the trouble with the departures: The fatal... 2 USA: A 9-year-old girl is saved by a mountain lion... 3 Tomorrow is the future. To promote long-term rentals 4 Mexico: E-cigarettes Now Banned Nationwide 5 Parcoursup: High school students will get their first... 6 Hesse: Partly sun, partly rain and thunderstorms in... 7 Compiegne: The Mayor of Compiegne, LR Philippe Marini... 8 North Rhine-Westphalia: Changeable weather in North... 9 The Morning. Exit at the "end 2023" inflation... 10 Anglet: One dead in apartment fire 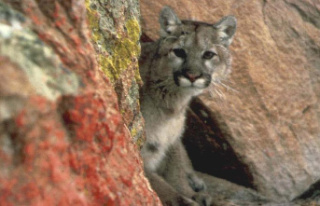 Always the trouble with the departures: The fatal...