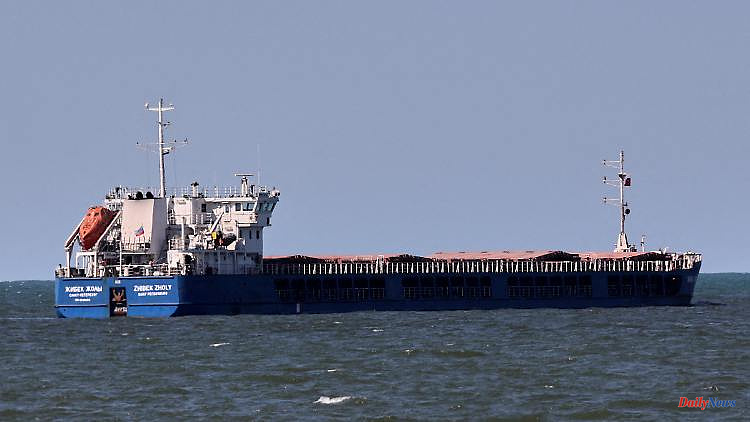 The authorities stop a Russian ship transporting grain on Turkey's Black Sea coast. The Ukrainian government is demanding that the cargo be confiscated. She accuses the Kremlin of exporting grain from the occupied territories.

According to the operator, Turkey has stopped a Russian-flagged ship carrying grain at the Black Sea port of Karasu. Customs initially refused the freighter "Zhibek Zholy" in front of the Turkish city, said a person responsible for the port company IC Ictas.

The Ukrainian ambassador to Turkey, Wassyl Bondar, had previously said on Ukrainian television that the further fate of the ship would be decided on Monday. Ukraine hopes the ship will be impounded and the cargo confiscated. The background: Ukraine has accused Russia of stealing and exporting grain from occupied Ukrainian territories. The Russian government denies these allegations.

According to the online tracking system Marinetraffic, the freighter came from the Russian coastal city of Novorossiysk. However, the Russian-appointed head of the occupied southern Ukrainian region of Zaporizhia, Yevgeny Balizki, wrote to the Telegram news service that the freighter left the port of the Russian-occupied city of Berdyansk last Thursday.

Balizki had been appointed governor by the Russian occupiers. He wrote that 7,000 tons of grain would be sent to "friendly" countries, adding that the Russian Black Sea Fleet would ensure the safety of the ship. He later edited his post and deleted the information on the cargo and destination of the "Zhibek Zholy".

According to the British BBC, a video showing the freighter and a Russian warship in a port was shared in several pro-Russian Telegram groups. It says the video was taken in Berdyansk. The BBC checked the information and came to the conclusion that it is indeed the Ukrainian port and that the video was probably taken on the morning of June 28.

The international community has been demanding that Russia allow the export of Ukrainian grain for weeks. Ukraine complains that its ports in the Black Sea are blocked by the Russian Navy. Both countries are among the largest wheat exporters and play an important role in global food security. The United Nations recently warned of the worst famine in decades. 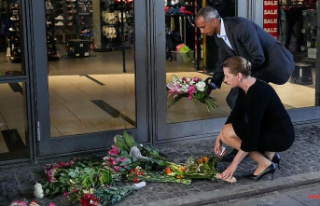