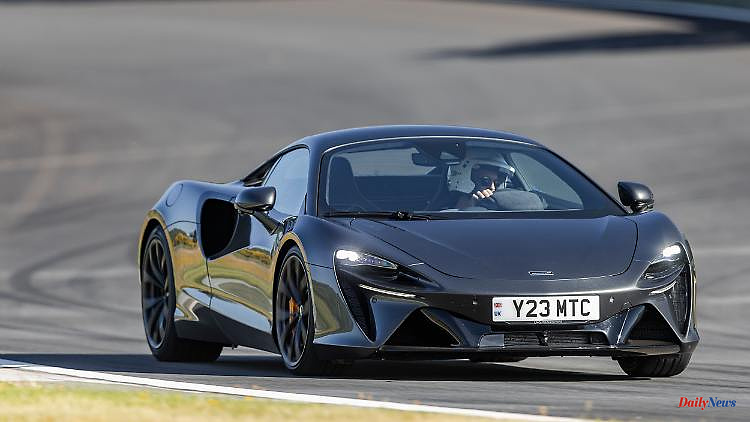 95 hp, a maximum speed of 130 km/h and a range of 31 kilometers with a fully charged battery - instead of starting in pole position, as is usually the case, the new McLaren Artura starts at the far end of Electric Avenue. Because if you buy the first plug-in hybrid from the British sports car manufacturer at prices from 230,500 euros solely because of its electrical components, you are better served with a Mercedes GLA or a Renault Captur. And if you only look for the combustion engine instead, you will also find better alternatives in this league than a 3.0-liter V6 engine, which two chargers blow to 585 hp. But in combination, the two engines are unbeatable.

Firstly, because the power adds up to 680 hp, the combined torque climbs to 720 Newton meters and the Artura has fabulous driving performance. It is not for nothing that it accelerates to 100 km/h in 3.0 seconds, has 200 things on the digital speedometer after 8.3 seconds and only stops sprinting at 330 km/h.

Secondly, because the two engines complement each other perfectly and each compensate for the weaknesses of the other: The Stromer always kicks in when the combustion engine gets out of step very, very briefly when shifting, and provides a boost that never seems to let up . And the V6 likes to rev a little higher than necessary to use the excess power to produce so much electricity that the electric motor never runs out of juice.

And thirdly, because McLaren does not install a huge battery for a record range, but looks at every kilogram instead of the kilometers and is limited to just 7.4 kWh. The hybrid package itself therefore only weighs 150 kilograms. And because much of this is compensated for with the carbon chassis, the aluminum sheets or the extra-thin windows, the Artura weighs 1498 kilos less than some conventional sports cars in this league. A circumstance that is noticeable far beyond the longitudinal dynamics. Because the insane acceleration comes with a road holding and above all a precision that is second to none. It doesn't matter whether it's on a narrow country road or right on the racetrack, the Artura stays on course and you have to play with the electronics and the gas pedal like a virtuoso to lure the rear end out of its reserve.

While the emotions in this car go through the roof with every gas blast, despite the somewhat muffled sound, the emissions drop to new record values: With 4.6 liters, the Artura is not only the most economical McLaren of all time, but on paper it is even more frugal than a VW Golf. And even if that is, of course, beautifully calculated poetry from the test bench and hardly anyone will really take a 2.5-hour break at the plug, the car can be driven through everyday life with single-digit values ​​without sacrificing fun, which is a real achievement.

The drive may be a revolution for McLaren, the appearance is more evolutionary. Even if the carbon chassis is completely new and this time baked in-house, the 4.54 meter long, 1.98 meter wide and 1.19 meter flat Artura looks shockingly similar to conventional coupés.

Only inside dare the British a bigger step. There are digital instruments, an infotainment screen that floats in front of the center tunnel like an oversized smartwatch, and the crucial buttons for setting up handling and performance are finally placed in a way that you can reach them with your hands on the wheel.

However, thanks to the pandemic and the chip crisis, McLaren lost a few months. And somehow the developers overcame the complex, new electronics architecture, so that the British have lost their lead over the competition and now have to share pole position with the Ferrari 296 GTB. But at least they are ahead of the competition from England and Germany. Because neither Aston Martin nor Porsche has a comparable concept in sight. McLaren, on the other hand, is already planning further: From 2026 every model should be electrified and shortly afterwards the first fully electric Stromer will come. 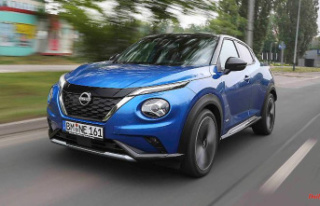