US car market weakens: VW and BMW suffer sales dampeners in the USA

Volkswagen sold a third fewer new cars in the US in the second quarter than a year ago. 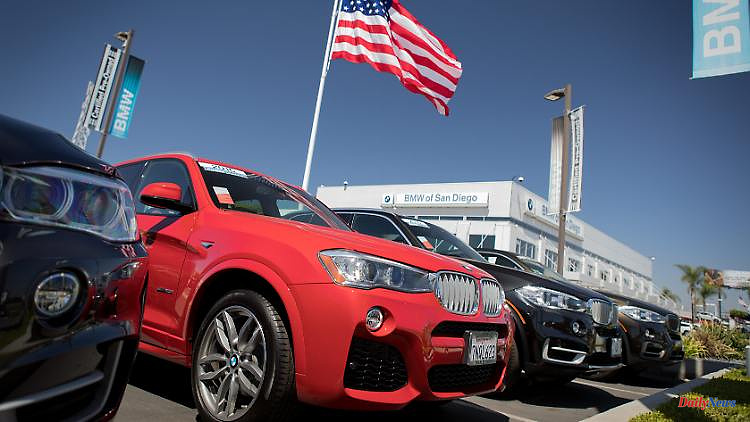 Volkswagen sold a third fewer new cars in the US in the second quarter than a year ago. BMW is getting rid of almost a fifth fewer cars. The American competition also suffers from a lack of components. Porsche, on the other hand, can increase.

A lack of chips and supply chain problems continue to slow down the US car market - things are also going badly for German manufacturers. According to its own statement, Volkswagen sold 78,281 new cars in the second quarter, around a third less than a year ago. There were clear cuts in almost all models. Sales of the Atlas and Tiguan city SUVs, which have long been very popular with US customers, also collapsed again.

The half-year balance was also meager: In the first six months, sales fell by around 32 percent to 143,279 cars. The German premium supplier BMW also had to cope with a severe drop in sales on the US market. With 78,905 cars from the main BMW brand, the DAX group got rid of 18.3 percent fewer vehicles than in the same period last year, as he announced. Delivery problems would have burdened the stocks of the dealers, the group said. Limousines in particular were affected. On the other hand, BMW was able to make some gains in the SUV segment, which is particularly popular in the USA. Sales of the small car brand Mini, which belongs to the group, fell by almost half in a year-on-year comparison.

The largest US automaker, General Motors (GM), posted a 15 percent drop in sales to 582,401 new vehicles in the second quarter. The company continues to struggle with supply chain problems and a persistent shortage of computer chips. According to GM, around 95,000 vehicles could not be delivered recently because components were missing. The automaker is working closely with suppliers to fix the problems as quickly as possible. GM expects a quarterly profit of between 1.6 billion and 1.9 billion US dollars - which is significantly less than analysts expected on average.

One of the few positive exceptions in the second quarter was the VW sports car subsidiary Porsche. Here, sales increased by 2.8 percent to 19,487 cars, as the company announced at its US headquarters in Atlanta. The pearl of returns in the VW Group was thus able to assert itself against the weak overall trend on the market. After the first six months, however, Porsche still recorded a minus of 10.5 percent to 32,529 cars. The sales figures for the luxury class manufacturer Audi, which also belongs to the VW Group, were not yet available. The same applies to the German competitor Mercedes-Benz.

1 For attempted rape, Minister Damien Abad was the subject... 2 Assange appeals the decision to extradite to the United... 3 Strikes and canceled flights... this summer, tour... 4 Mecklenburg-Western Pomerania: From Rügen to Stralsund:... 5 Top 10 Bridging Loan Myths 6 Things You Don’t Want To Miss About Commercial Bridging... 7 How flowers are "put to sleep" for long... 8 Staff shortage slows down air cargo and bags 9 Africa is at the "cutting-edge" of global... 10 R. Kelly: His history of accusations against him 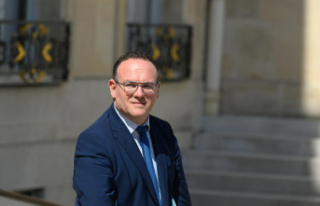 For attempted rape, Minister Damien Abad was the subject...