US stock markets at discounts: Wall Street is weighed down by fears of inflation 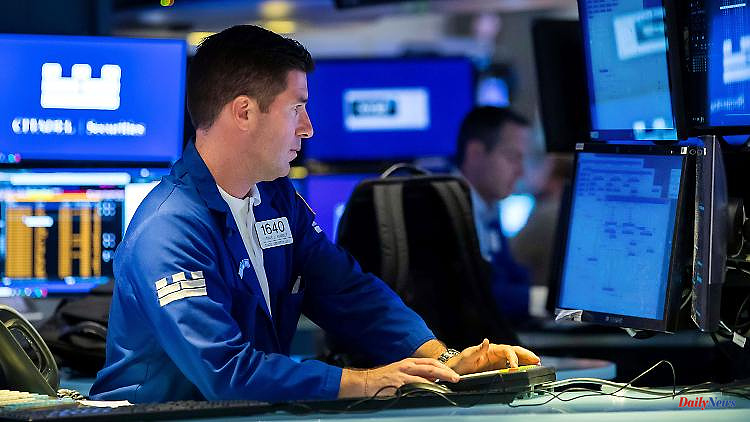 At times, sharply rising oil prices are causing uncertainty on Wall Street. But better-than-expected economic data eased investors' concerns somewhat. The shares of the chip manufacturer Qualcomm, which holds out the prospect of investments in the competition, are in demand.

The US stock markets closed at a discount after a long weekend. The stock exchanges were closed on Monday for Memorial Day. Trading was characterized by a very volatile environment. Concerns about inflation weighed on sentiment after oil prices rose sharply at times. Added to this was the fear that the US Federal Reserve could endanger the economic recovery with an overly tight monetary policy. Better-than-expected economic data eased concerns somewhat.

The background to the rise in oil prices was the far-reaching embargo on Russian oil decided by the EU. This affects deliveries by sea and thus around two thirds of the previous Russian oil imports into the EU. Oil deliveries via the Druzhba pipeline are excluded. Later, however, the price of the WTI grade fell sharply following reports that some OPEC members are considering suspending Russia's participation in an oil exploration deal as Western sanctions begin to erode Moscow's ability to pump oil. Freeing Russia from its oil production targets could pave the way for Saudi Arabia, the United Arab Emirates and other producers to produce significantly more crude oil. The price of a barrel of WTI oil fell 0.1 percent after temporarily rising more than 3 percent. The Brent price gained 1.0 percent per barrel.

On the economic side, the consumer confidence index weakened compared to the previous month, but not as much as economists had expected. Meanwhile, sentiment among Chicago-area purchasing managers unexpectedly brightened in May. The indicator rose to 60.3 points from 56.4 points in April.

In terms of individual values, Qualcomm shares rose by 2.5 percent. The US group apparently wants to use Arm's forthcoming IPO to take a stake in the British chip designer, which belongs to the Japanese technology investor Softbank. The US chipmaker is interested in investing alongside its competitors, Qualcomm CEO Cristiano Amon told the Financial Times. Qualcomm may also partner with other companies to acquire Arm outright if a "big enough" consortium can be found to make the purchase, he added. Eli Lilly fell 3.2 percent after the drugmaker announced that its largest shareholder, Lilly Endowment Inc., sold nearly $64 million worth of shares.

The euro eased slightly after May consumer prices from the euro zone. At times, the common currency had fallen below the $1.07 mark. Most recently, the euro was quoted at $1.0735. The dollar index gained 0.1 percent. At 8.1 percent compared to the previous year, inflation in the euro area was significantly higher than expected at 7.6 percent. Although this fueled speculation about a tighter course by the ECB to curb inflation than previously signaled, people remained skeptical in trading: The resistance in the Governing Council to a faster tightening of monetary policy is likely to be great, it was said.

The price of gold fell. The demand for the interest-free precious metal was burdened by the increased market interest rates. US bond prices fell significantly. The yield on 10-year paper rose accordingly by 11.5 basis points to 2.86 percent. Participants referred to statements by Fed Governor Christopher Waller. He had said rate hikes of half a percentage point "should not be taken off the table until inflation gets closer to our 2 percent target". Investors are currently expecting interest rates to rise by 1.75 percentage points this year from the current 0.75 to 1 percent.

"The Fed is pushing for more rate hikes, and Waller's speech should help defuse speculation that the Fed will not make two more rate hikes of 50 basis points each, or forego a hike at the September meeting," said Tim Duy, chief economist for the US at SGH Macro Advisers.

1 Miscellaneous facts. A young woman was killed and... 2 Paris: A driver was indicted for the murder of a pedestrian... 3 Venissieux. 400 kg copper taken from a company 4 Bavaria: The tax is falling: the price of gas could... 5 United States. The White House routine is disrupted... 6 "Russia loses billions": Selenskyj thanks... 7 Roland-Garros: Djokovic defeats King Nadal at the... 8 Mecklenburg-Western Pomerania: Experts present reports... 9 Confusion over Biden statement: USA: Delivery of missile... 10 Duel of the tennis giants: Nadal beats Djokovic at... Miscellaneous facts. A young woman was killed and...