US stock markets get off to a good start: Banking sector drives Wall Street

After a losing week, Wall Street starts with gains. 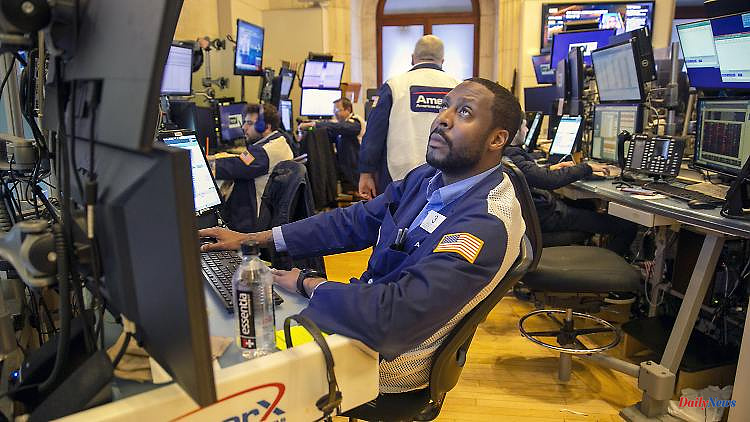 After a losing week, Wall Street starts with gains. Above all, the strong banking sector is convincing. Takeover speculation is driving up the shares of VMVWare, among other things. Winner of the day is a manufacturer of smallpox vaccine.

On Wall Street, investors dared to buy shares again on Monday after the losses in the old week. The Dow Jones gained two percent to 31,880 points. The tech-heavy Nasdaq advanced 1.6 percent to 11,535 points and the broad-based S

Rising bond yields buoyed US financials. The US Federal Reserve recently signaled that it intends to raise interest rates by half a percentage point at each of the next two meetings. After more optimistic earnings guidance, JPMorgan shares gained momentum, gaining 6.1 percent. At an investor conference, the major bank raised its forecast for interest income and reaffirmed its profitability target. The lender expects net interest income excluding the market segment (NII) to be $56 billion this year. "There is some optimism that too much negativity has been priced in regarding the coming quarters and the earnings potential of banks," he said

Investors in Electronic Arts are betting on an upcoming takeover and are buying. The shares of the video game manufacturer gained 2.3 percent. The US website "Puck News" said that there had been exploratory talks with large media groups. Disney, Apple and Amazon are said to have been among the potential buyers. Comcast boss Brian Roberts approached Electronic Arts and proposed a spin-off from NBCUniversal followed by a merger of the media and games giants.

Takeover speculation also drove shares in cloud service provider VMWare up by almost a quarter. According to media reports, the chip manufacturer Broadcom is in talks to incorporate the company. Broadcom's shares fell nearly 3.1 percent

Shares in smallpox vaccine and drug maker GeoVax Labs surged nearly 67 percent. The United States has identified its third suspected case of monkeypox virus infection. The World Health Organization (WHO) expects the numbers to increase and is expanding surveillance to countries where the disease does not normally occur.

Meanwhile, the owners of the Chinese travel agency Didi sealed the planned withdrawal from Wall Street. The Uber competitor had drawn the displeasure of the Chinese authorities with its stock exchange plans. Didi shares were down four percent on Monday in New York. Since the beginning of the year they have lost more than 70 percent. 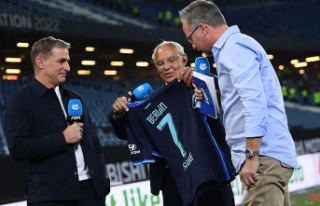 Mission to stay up completed: Magath resigns from...