The Fiat Panda has been around for more than 40 years. 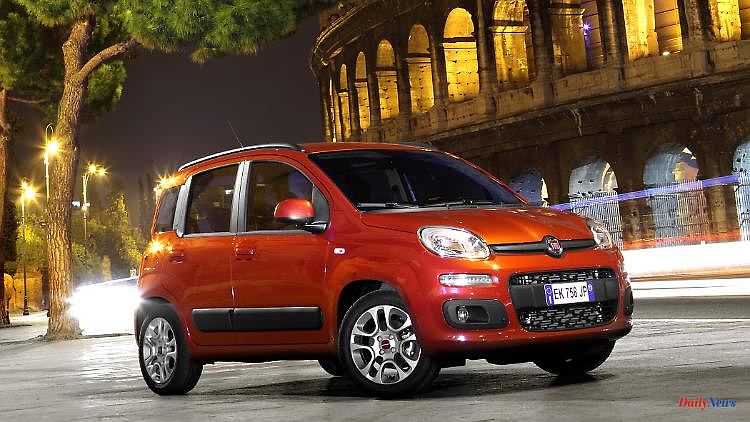 The Fiat Panda has been around for more than 40 years. The Italian small car even became a kind of cult car over time. Unfortunately, the Italian always had his problems. Even in the current third generation, they are a serious issue at the TÜV.

It is one of the long-distance runners on the German car market: the Fiat Panda. However, when the current third generation (Type 312) saw the light of day in the automotive world at the beginning of 2012, it was not a new development. It continues to use the technology of its predecessor, which also serves as a modular system for the Methuselah Fiat 500. Although the Panda is quite old, it also offered quite unusual extras for a small car, such as all-wheel drive.

The panda is only around 3.70 meters long and quite narrow with a width of 1.66 meters. However, since he is not stingy with the height (1.66 meters), there is a decent amount of space for the occupants. Even in the rear, with a little consideration of the people in front when adjusting their seats, there is not much to complain about. Whether the optionally available middle seat on the back seat should be occupied depends very much on the hip size of the passengers.

Significantly fewer restrictions have to be imposed when loading the trunk. Between 225 and 870 liters fit in. If you have a model with a split folding rear seat backrest, the volume can be used variably. Depending on the trim level, the interior of the five-door ranges from very sober to colorful and modern. Overall, the panda looks pretty cute; an impression that is underlined by the short front and rear overhangs and the rather small wheels (14 to 15 inches).

The engine range of the small car was extensive until 2020 and included petrol, diesel and a natural gas variant. Base petrol is a 1.2-liter four-cylinder petrol engine with 69 hp, which could only be combined with front-wheel drive. The four-cylinder is sufficient for the urban environment. If you want it to be a little more lively, the 0.9-liter two-cylinder turbo comes into play, which was or will be offered with 78 hp (until 2018), 85 hp and 90 hp (until 2018). Here, the sprint from 0 to 100 km/h takes around 12 seconds, and the top speed is approaching the 170 km/h limit. The 78 hp version is the most economical with a standard consumption of 4 liters.

The 0.9 liter also served as the basis for the natural gas variant with 80 hp or 70 hp until early 2022. Very unusual in the subcompact class: the middle and the most powerful version of the turbo as well as the two 1.3-liter diesels with 75 hp and 95 hp were available with all-wheel drive. The diesels, with data sheet consumption between 3.6 and 4.7 liters, flew out of the program in 2018, the small turbos are also history. Fiat currently only offers a one-liter three-cylinder with 69 hp with mild hybrid support. In all Panda variants, the power is transmitted via manual transmissions with five or six gears. There is no automatic.

The low new car prices of less than 10,000 euros - even cheaper with discount campaigns - mean, as is usual in this class, that calculations were made with a pointed pen. The basic versions, which were often ordered by delivery and social services, are rolling waivers: air conditioning or radio were considered superfluous. Anyone who also values ​​a little optics should keep an eye out for "Lounge" models and study the equipment list for the desired vehicle. Among other things, Fiat offered fog lights, underbody protection for all-wheel drive vehicles, 15-inch alloy wheels, fabric seats with leather applications and a panoramic glass roof as extras.

When researching, the safety equipment should also be examined more closely. The older models do not have ESP as standard, and anti-skid protection was initially only available at an additional cost. The number of airbags is also manageable at 4. The small Fiat was one of the first models in its class to have a city emergency braking system on the list of options. In the NCAP crash test in 2011 it was enough for four out of five stars, but in the follow-up test of 2018 according to stricter rules it was zero stars.

Cheap new car prices often have a negative impact on the willingness of the first owner to take care of maintenance and care. The consequences can be seen in the TÜV main inspection (HU). From the second HU, the TÜV inspectors often complain about the exhaust system. In addition, the panda tends to lose oil. There are also major problems with the suspension, springs and steering joints. And the TÜV inspectors also have a lot to criticize about the lighting system. However, where discrepancies in the low beam and the rear lights can be corrected comparatively easily and inexpensively, the other defects cost money.

Conclusion: Speaking of money: You have to invest at least 3500 euros in a 10-year-old panda. In view of the TÜV list of defects, you should (have) check your desired model carefully in order to avoid nasty and expensive surprises. The rare 4x4 vehicles are available from around 10,000 euros. 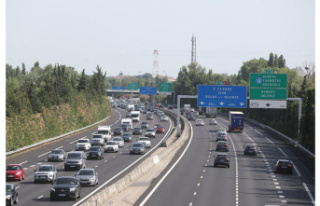