Like its peers, the Nissan Note fell victim to the SUV boom. 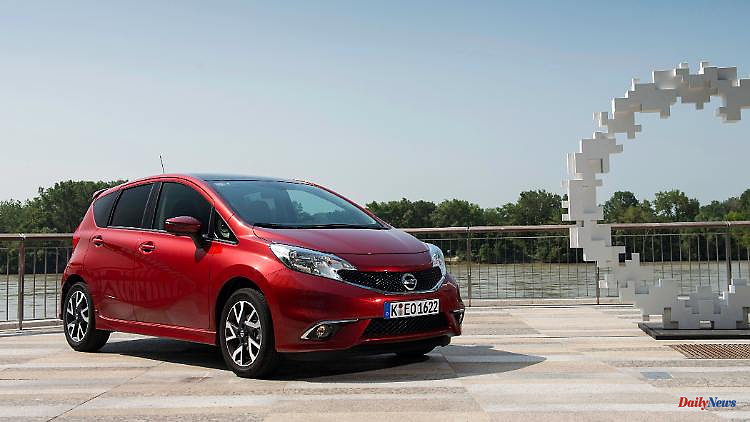 Like its peers, the Nissan Note fell victim to the SUV boom. That's why the small van was only granted a short guest appearance in this country. The Japanese has its qualities. In any case, the TÜV gives him better grades than his replacement.

The Nissan Note (E12) was only a short guest appearance in Germany. Launched in October 2013, the end of the second generation came at the beginning of 2017. The small vans had to make way for the Micra, which came onto the market in spring 2017 in the fifth generation. The Nissan strategists saw no future for two small cars in the portfolio. Meanwhile, the TÜV experts value the Note more than the Micra.

The 4.10 meter long Nissan Note made its debut in more stylish forms than its predecessor. Instead of sober, functional lines as before, the design language with a pleasing front and striking rear suggested a certain sportiness and modernity. It joined the wide range of similar small cars, its characteristic van design was lost.

What remained, however, was the good use of space concept. Despite the slightly lower roof height compared to its predecessor, the Note scores with plenty of space for passengers and luggage as well as practical details such as a rear seat that can be moved lengthwise by 16 centimeters or a variable loading floor. If these options, which are subject to a surcharge, are on board (standard for the highest equipment level), the luggage volume varies from 411 to a maximum of 2012 liters. The rear doors can be opened to an angle of up to 90 degrees for easier and more comfortable boarding in the rear. The interior is attractively designed; However, one should not have too high demands on the plastic quality.

The range of engines is clear. There was a choice of a 1.2-litre three-cylinder petrol engine and a 1.5-litre diesel. The three-cylinder was available in two expansion stages. As a naturally aspirated engine it delivers 80 hp, with supercharger support 98 hp. Both engines have to be kept in the mood for torque by eagerly shifting gears. Nissan specified 4.7 or 4.3 liters for the compressor as the standard consumption value.

According to the data sheet, the 1.5-liter diesel with 90 hp known from the Nissan-Renault program is content with an incredible 3.6 liters on average and offers significantly more pulling power with a maximum torque of 200 Newton meters. In all units, power is transmitted to the front axle via a manual five-speed gearbox. As an alternative to the manual switch, Nissan had a continuously variable CVT transmission in its range for the 98 hp petrol engine, which can safely be ignored.

The Note was offered in three comfort levels: Visia, Acenta and Tekna. The basic variant, available at market launch from around 14,000 euros, is equipped in a class-typical way. Air conditioning and radio were not part of the standard equipment. However, these equipment details were available for an extra charge, so that price-sensitive but comfort-oriented used car buyers can also find what they are looking for in Visia models.

Acenta came up with air conditioning, music system and 15-inch alloy wheels, among other things. In the top-of-the-line version - which can also be ordered for the Acenta at an additional cost - there was a whole bundle of assistance systems (Safety Shield) on board, including a 360-degree camera, lane departure warning system and blind spot warning. The reversing camera warns of static and moving objects in the rear area. The Not achieved a four-star result in the 2013 NCAP crash test.

In the TÜV main inspections (HU) completed so far, the grade is quite decent and significantly better than the Micra (type K14), for which the field had to vacate. Displaced main headlights and defective front and rear lights cause problems at the HU. Those interested in used cars should also pay attention to the axle suspension and oil loss.

Conclusion: The Nissan Note is a small car that impresses more with its variability than with its fashionable appearance. Anyone looking for space for passengers and luggage could be happy here. You have to invest at least 5000 euros, but then you get vehicles with high mileage. Should it be lower, at least 8000 euros will be due. 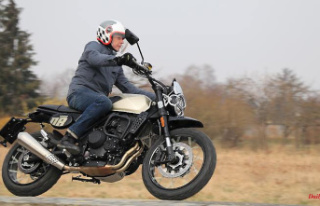