The Toyota RAV4 is something of a veteran among SUVs. 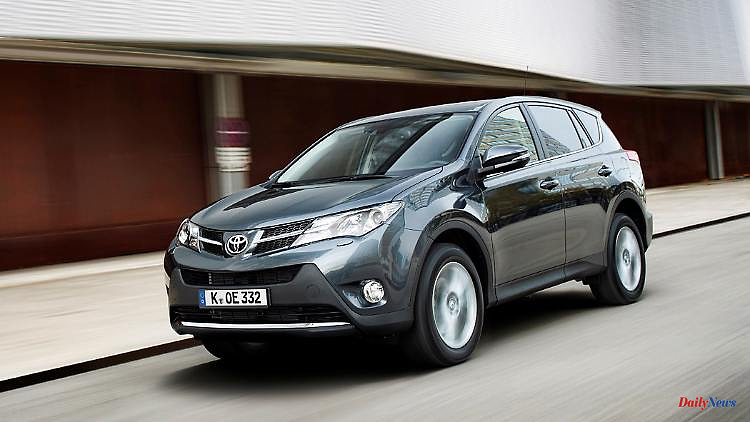 The Toyota RAV4 is something of a veteran among SUVs. The fourth generation, built between 2013 and 2018, differs from the previous models primarily in terms of its size. Most people who bought a RAV4 did not do so because of the engines, but because of the reliability. And that's still there after years.

The fourth generation of the Toyota RAV4 (2013 to 2018) came up with two innovations compared to the previous generations. The rear door, which had hitherto been hinged on the side, including the spare wheel mounted on the outside, was abandoned in favor of a conventional upward-swinging tailgate, and there was also a hybrid drive for the SUV for the first time. The solid appearance of the SUV at the TÜV has remained unchanged.

The fourth generation of the SUV veteran has grown by 20 centimeters to a length of almost 4.60 meters compared to its direct predecessor. The Japanese had also increased in width (plus 3 centimeters) and wheelbase (plus 1 centimeter). Above all, the gain benefited the fund users. The space available in the rear rows improved significantly.

The luggage compartment varies depending on the position of the rear seat backs from 547 to 1746 liters. The hybrid is 501 to 1051 liters. There is also a 100-litre storage compartment under the level trunk. Inside, the Toyota designers, as usual, opted for a more or less no-frills ambience, not always chic, but well made.

The facelift that took place in early 2016 brought other headlights, which could optionally be designed as LEDs, as well as a modified radiator grille and wider fenders.

The range of engines is clear. At the market launch there were the revised units from the previous generation, a two-liter petrol engine with 152 hp (average consumption: 6.7 liters) and two diesel. The 124 hp 2.0-liter diesel was initially only available with front-wheel drive, later it was also available with all-wheel drive. Like the petrol engine, the 2.2-liter diesel with 150 hp was always offered with all-wheel drive. The 150 hp diesel approved an average of 5.7 liters; if it is coupled to the six-speed automatic, it is 6.7 liters. The smaller diesel is more economical with an average of 4.9 liters.

With the 2016 facelift, Toyota retired the 2.2-liter and replaced the 124 hp diesel with a two-liter unit from BMW. It has 143 hp and the data sheet promises a consumption of 4.7 liters.

The most important new addition was the hybrid. With a system output of 197 hp, it is the top model in the RAV4 range. In the version with front-wheel drive, in addition to the 2.5-liter petrol engine with 155 hp, there is a 143 hp electric motor on the front axle. The all-wheel drive variants have another electric motor (68 hp) on the rear axle. Toyota specified the standard consumption as 4.9 liters. As a hybrid, the RAV4 can take up to 1650 kilograms on the hook, with the other variants it is up to two tons.

The basic version of the RAV4 is quite decently equipped with air conditioning, audio system and power windows. The next higher version, Life/Comfort, offers a good level of comfort with aluminum wheels, automatic air conditioning, cruise control and the Touch infotainment system. It is dignified with the Edition equipment or the top level Executive. When it comes to safety, the RAV4 earned five stars in the 2013 NCAP crash test. Assistance systems such as lane change and blind spot warning and high-beam assistant were optionally available. The facelift brought an emergency brake assistant with pedestrian detection, adaptive cruise control and traffic sign recognition.

The fourth generation RAV4 is a typical Toyota. The SUV does well in the TÜV main inspections (HU) and scores with a defect rate that is well below average. A weak point, however, becomes apparent in the HU: the parking brake. The TÜV inspectors criticize them more often than average.

Conclusion: From the point of view of the TÜV inspectors, you don't do much wrong with a used Toyota RAV4, especially since the space available is decent. Used car sellers know the qualities of their vehicles and are therefore quite self-confident in setting the prices. For older vehicles with a mileage of around 100,000 kilometers, you have to invest at least 14,000 euros. The hybrid models start at around 20,000 euros. 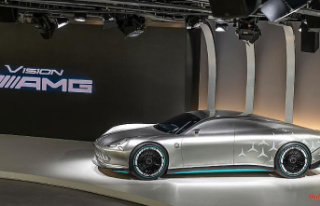