Volume of EUR 13 billion: Vonovia is gearing up for a major real estate sale

Vonovia had a successful first half of the year. 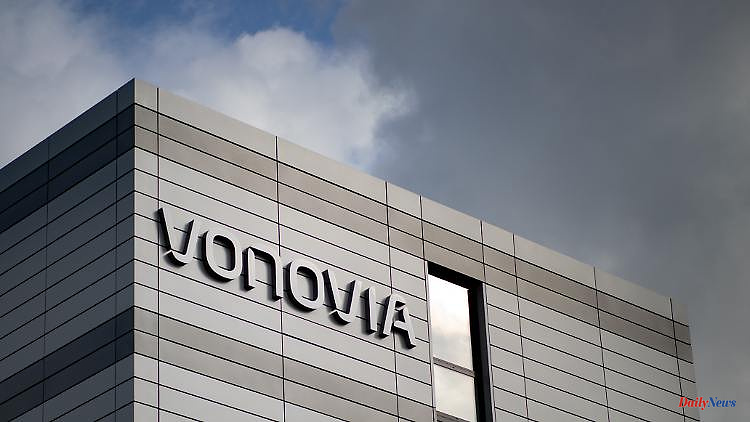 Vonovia had a successful first half of the year. But the rise in interest rates gives the group food for thought. The real estate giant now wants to arm itself against this and plans to sell apartments worth 13 billion euros.

After a significant increase in profits in the first half of the year, real estate giant Vonovia is preparing for the consequences of higher capital costs as a result of the interest rate hike by the European Central Bank. To this end, the Bochum residents want to part with apartments and single-family homes worth around 13 billion euros over the years.

In addition, CEO Rolf Buch wants to get investors on board through joint ventures. Buch confirmed his forecasts for 2022. Vonovia is also concerned with the high energy costs. Tenants who cannot pay their sharply increased ancillary costs should not be given notice, Buch promised. "In times of higher interest rates, it makes sense to reduce debt," said Buch. This has already happened in the first half of the year.

Vonovia also earned significantly more in the first six months. Profit from operations (Group FFO) - the key indicator for real estate companies - increased by 36.3 percent to EUR 1.06 billion in the first six months due to the takeover of smaller competitor Deutsche Wohnen, rising rents and a low vacancy rate .

Vonovia swallowed up Deutsche Wohnen last year, and the group currently has around 550,000 apartments. Vonovia had put around 17 billion euros on the table for the acquisition. Vonovia has now "identified some portfolios that are suitable for sale," said Buch. Vonovia will sell these apartments and apartment buildings over the years. "It has nothing to do with a sell-out," Buch assured.

At the subsidiary Deutsche Wohnen, the nursing home division is also under scrutiny. Vonovia is also aiming for partnerships with investors for individual projects. These could also be in the billions, said Buch. There will also be no more acquisitions in the new environment. An increase in or a takeover of the ailing real estate group Adler Group "are ruled out in the current market environment".

Vonovia holds around 20.5 percent of Adler. Due to the fall in Adler's share price, Vonovia had to devalue the stake by around EUR 160 million in the first half of the year. Real estate prices in Germany have known only one way for years - upwards. The real estate groups reflected this in their balance sheets and wrote up the values ​​of their portfolios, and Vonovia also increased the value of part of the portfolio in the half-year.

However, due to the sharp rise in interest rates, there are signs of a trend reversal on the real estate market in Germany. The demand for real estate for sale in the second quarter of 2022 fell by 36 percent within a year, as the online portal Immoscout had explained. The real estate market is in a phase of adjustment to the new economic reality, explained Immoscout24.

Because the increased raw material and construction costs due to the corona pandemic and the Ukraine war, the high inflation and above all the significantly higher interest rates have left their mark. The significantly higher financing costs for buying real estate are meanwhile increasing the demand for rental apartments by 48 percent, as Immoscout24 had further announced. Vonovia, in turn, plays this trend into the hands of Vonovia.

However, due to the rapid rise in energy costs, tenants are faced with significantly higher ancillary cost bills. "Against this background, we support the federal government's approach of agreeing on a temporary moratorium on terminating tenants," stressed Buch. However, such a moratorium only represents a deferral of unpaid bills - "financially overwhelmed households" should "receive appropriate support" from the public sector.

Vonovia had already announced that it would reduce gas central heating output to 17 degrees Celsius between 11 p.m. and 6 a.m. 55 percent of the heating in the Vonovia apartments is supplied with gas. Buch supported demands from competitor LEG Immobilien for legal options to be able to lower temperatures more than before. This is also in the interest of the tenants. "This country can turn down the heating even further," emphasized Buch.

1 Schröder: "Simple solution": Should Nord... 2 The base is missing, the top is weakening: is Germany... 3 Mecklenburg-Western Pomerania: the mother of the killed... 4 Hesse: Abuse and violence: More cases of child endangerment 5 Saxony: Fighting forest fires in the Czech Republic... 6 Saxony: Partial completion of the A72 between Leipzig... 7 Bavaria: associations: outpatient care endangered... 8 Baden-Württemberg: Many sex offenders at risk of... 9 North Rhine-Westphalia: apartment owner is said to... 10 Baden-Württemberg: SV Sandhausen still looking for... 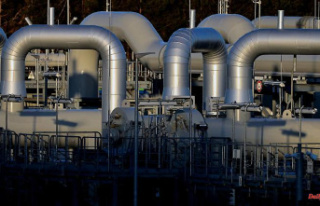