The level of the Rhine is falling continuously, Germany's largest waterway is important for the energy supply. 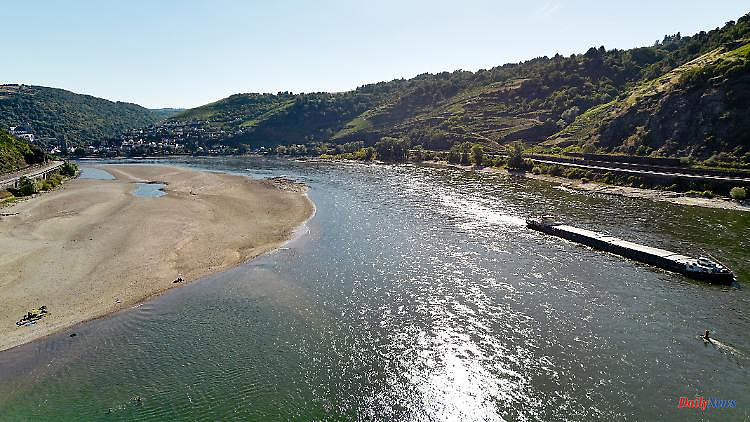 The level of the Rhine is falling continuously, Germany's largest waterway is important for the energy supply. In view of the current dry period, the mineral oil industry is warning of a bottleneck. Motorists could soon feel this at the petrol pumps.

The drought is causing massive problems for German inland shipping. Because the level of the Rhine and other rivers is currently low, shipping companies can only half fill many of their ships. Because with more cargo, the ships would be too deep in the water. This puts a strain on the supply of gas stations, and there is a risk of a domino effect.

"Ships can no longer travel with a full load, so that the freight costs initially increase and later ship freight has to be replaced by truck transport," explains Jürgen Ziegner, Managing Director of the Central Association of the Petrol Station Industry. “Ultimately, this can lead to vacancies at gas stations because there aren’t enough trucks to supply the gas stations,” he says to ntv.de.

Ziegner refers to the drought year 2018, when the Rhine level was below 20 centimeters in some places in October. Even then, some gas stations in North Rhine-Westphalia temporarily ran out of fuel. Ultimately, the costs of such an additional burden are also borne by the consumers. "In November 2018, fuel prices in southern Germany, which was affected by the low water level in the Rhine, were 20 cents per liter higher than in northern Germany because of the exploding transport costs," said the industry representative. This time, too, there is a risk of a price increase.

The current low water level is also a concern for the Fuels and Energy lobby group, which represents large mineral oil companies such as Total, Shell and BP. "Our member companies can continue to serve all transports, but the supply has become more demanding," says press spokesman Alexander von Gersdorff ntv.de. "We continue to monitor the situation closely." According to the Federation of German Industries (BDI), however, the situation could quickly deteriorate. "The first water levels in the Rhine are already below the level of the extremely low water year 2018," warns the BDI.

The Rhine is Europe's most important waterway and links major business locations such as Basel, Ludwigshafen, Duisburg and Rotterdam. It is of great importance for the energy supply, especially in western and southern Germany, as it serves as a transport route for important refineries. The largest in Germany, the Energy and Chemicals Park Rheinland in Cologne, is located directly on the banks of the river.

Meanwhile, the Rhine level threatens to drop further, because there are no major rains in sight in the next few days. The measured value at the critical point Kaub between Mainz and Koblenz was 67 centimeters in the afternoon. From a water level of 40 centimeters, passage for barges is no longer possible there.

1 Only meager growth: IMF: Consequences of war slow... 2 Tears and standing ovations: Michael Schumacher is... 3 Worth 275,000 euros: SEK finds 18th-century violin... 4 Saxony-Anhalt: fire in the Börde district: forest... 5 Bavaria: Kitzingen once again the hottest place in... 6 North Rhine-Westphalia: NRW: weather service warns... 7 Russian territorial gains: The current course of the... 8 Three parties get out: Draghi's government collapses... 9 No celebration with family: Russians stole the most... 10 Spectacular Suarez rumour: The Haller shock must not... 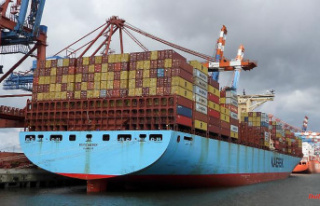