A significantly less sparkling beer or only still water - that could be a surprising effect of rising energy prices. 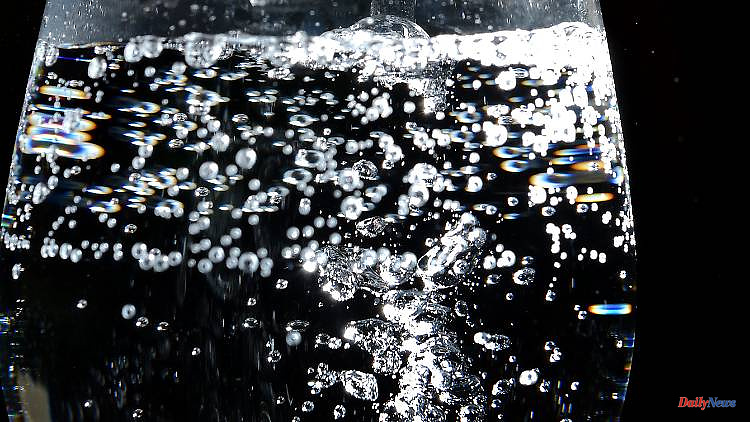 A significantly less sparkling beer or only still water - that could be a surprising effect of rising energy prices. Because Germany is in danger of running out of carbonic acid and that has far-reaching consequences. The reason lies with the fertilizer industry.

Germany's beverage industry lacks carbon dioxide. This slows down brewers and mineral water producers. Some are cutting back production, and none are expecting a quick recovery. The general manager of the German Brewers' Association, Holger Eichele, calls the development extremely worrying. Carbonic acid is urgently needed in the entire food industry for production and packaging processes. It is also necessary in gastronomy to press beer and other drinks out of the barrels when tapping.

However, according to estimates by the Federal Association of the German Food Industry, only 30 to 40 percent of the usual CO2 delivery quantities are currently available. And more and more companies in the beverage industry that are dependent on carbon dioxide have to limit their production considerably. "This has dramatic effects on many affected companies," warns Eichele.

Carbonic acid is formed by the reaction of carbon dioxide and water. Breweries need them above all to "preload" tanks, bottles and kegs so that the beer does not come into contact with air during filling and does not foam during bottling. Many breweries also produce non-alcoholic beverages, which require even more carbonation. Last but not least, the mineral water producers have serious problems. "In some places, production has already been reduced," says Tobias Bielenstein, spokesman for the German Fountain Cooperative.

Many manufacturers are currently getting less CO2 than they ordered. This is due to the fertilizer industry. "When gas prices rose sharply, fertilizer manufacturers scaled back their energy-intensive production," says Bielenstein. "A by-product of manufacturing is CO2." So the connection is: less fertilizer equals less carbon dioxide equals less carbonic acid. Bielenstein explains that there have always been phases with carbon dioxide bottlenecks in summer, when less fertilizer is being produced. But this time it was much worse. "If this continues in the next few weeks, the situation will come to a head," warns the association spokesman. "Then further declines in production can be expected."

Whether individual manufacturers would have to stop production cannot be predicted. "But we are extremely concerned and some of the mineral wells are very concerned," says Bielenstein. "We've never had a situation like this before." The managing director of the Augsburg brewery Riegele, Sebastian Priller, says that the situation has worsened significantly since the beginning of the summer. "We also assume that things will get worse rather than better." As long as energy costs remain high or continue to rise, there will be a further shortage.

"And if the breweries run out of carbon dioxide, they can't produce." Planning is currently impossible. "The situation can change every week," says Priller. "At the industry meetings, everyone asks: Where do you get your carbon dioxide from? Do you have another source?" It's crazy.

The Aktienbrauerei Kaufbeuren has already restricted production. "We haven't been making lemonade since last week," says Managing Director Gottfried Csauth. "Because lemonade needs a lot of carbonic acid and we only had small amounts, there was no other way." Csauth doesn't expect things to improve any time soon. However, beer production continues - despite considerable cost increases.

The lack of carbon dioxide does not affect everyone equally: The Radeberger Group, which belongs to the Oetker Group with beer brands such as Jever, Clausthaler or Schöfferhofer, does not see any problems yet: "Since we primarily use fermentation carbon dioxide from our own production in our breweries, we do not see any potential for short-term failures."

Some of the mineral water manufacturers don't have to worry either: "When bottling the Gerolsteiner mineral water, we only use natural spring carbonic acid," says Ulrich Rust from the management of Gerolsteiner Brunnen. The company is not affected by delivery bottlenecks.

However, Eichele from the German Brewers' Association sees the danger that the situation will get even worse. Especially in the production of soft drinks and water, it is to be feared that production and bottling will have to be interrupted more and more frequently due to the increasing lack of carbon dioxide.

"We get new calls for help from the industry every day," he says. The federal government must urgently take measures to ensure preferential delivery of affordable carbon dioxide to the critical infrastructure of the food industry. "And we need effective steps to address the root cause of the carbon shortage - skyrocketing energy prices."

1 Big trouble in summer: Many customers complain about... 2 Delayed price shock: This is how economists arrive... 3 Rising prices, expensive energy: is a consumer strike... 4 Not punctual despite overtime: Lack of staff exacerbates... 5 Survey by the IFO Institute: Working from home remains... 6 Group continues to rely on coal: VW can earn 400 million... 7 Draft by the Ministry of the Environment: the plastics... 8 Interview with Frank Thelen: "I can understand... 9 Confederation controls refineries: Rosneft wants to... 10 Wall Street continues to slide: FedEx crash scares... 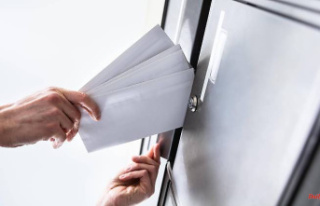 Big trouble in summer: Many customers complain about...