What are the most recent job numbers?

Covid has caused havoc for economists, and their predictions. 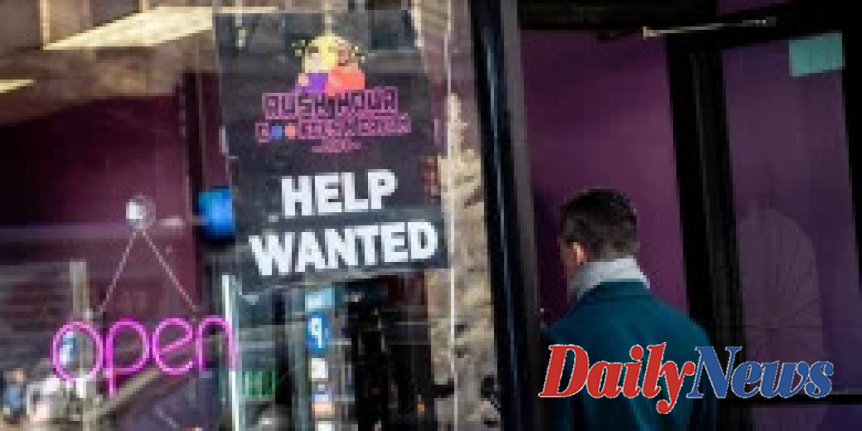 WASHINGTON -- Friday saw good economic news in the United States, at least for employment. According to the Bureau of Labor Statistics, there were 678,000 new jobs in February. This is a continuation of 2021's good news.

However, before everyone shouts that number, it may be worth looking at what the "revised figures" look like next month and beyond. The last year has demonstrated how difficult it is to manage the economy in a world that is dominated by a global pandemic.

There is a significant difference between "real time" data or close to it and data that has been vetted, analyzed and reported. There have been many huge swings.

How real is the February figure? There have been many revisions to the monthly job numbers released on Fridays after the previous month.

Some big changes were made last spring and summer when Covid-19 vaccines were introduced.

You might think that these changes are evidence of the federal government trying sell a rosy scenario. They push out large numbers and then quietly adjust them downward. This interpretation overlooks other major revisions made last year. Some reports indicate that the number of jobs has been lowered, especially around the holidays.
In 2021, the initial estimate of new jobs was 49,000. The figure was later increased to 520,000 jobs, an increase of 471,000 jobs.

This year, around the holidays there were similar estimates and revisions.

When you add all of it up, the numbers show a completely different picture of the U.S. employment situation since January 2021.

These original job estimates would have equated to about 5.8 millions jobs created between January 2021 and January 2022 under the Biden Administration. This figure was revised to more than 7.2 millions jobs. This is a difference of almost 25%, or 1.4 million.

Why are there so many big changes? Economists point out that Covid has messed with the "seasonal adjustments" used by economists to keep track of the changing hiring patterns month to month. The disruptions caused by the pandemic have changed many traditional "seasons" of the United States, including vacations and holiday shopping.

False-start returns to school and work have occurred. There have been changes in the way people eat out, visit their loved ones and go to movies.

While everyone talks about how every day feels the same, the fact is that the world has become less predictable in a broader sense. Economists find this a problem in understanding what's going to happen over the coming weeks and months.

This does not mean that last week's jobs numbers are weak or troubling. It was very good. It was based on surveys of businesses and households. It can change at any time.

These calculations are getting simpler, there is some hope. Last week's revision to January's employment figures was only 14,000, an adjustment of just about 3 percent. Revision can be rewritten.

Big revisions are commonplace in a world still profoundly affected by Covid and unresolved in economics.

1 Officials say 7 people have been killed in a tornado... 2 According to U.N. refugee commission, 1.5 million... 3 Schiff shows "strong bipartisan support for banning... 4 Biden administration team in Venezuela, as the U.S.... 5 Lessons learned from 1918 Spanish Flu epidemic 6 What will Putin do? And what will America do to stop... 7 Blinken claims NATO countries have given their "green... 8 Russian forces block the evacuation of civilians in... 9 Trump reiterates NATO criticisms after Russia's... 10 The murder of a college student serves as a warning... Officials say 7 people have been killed in a tornado...