Why retire at 70?: "We have opportunities for those who don't work enough"

The pension system is threatened with collapse: people are getting older and pension funds are getting tighter. 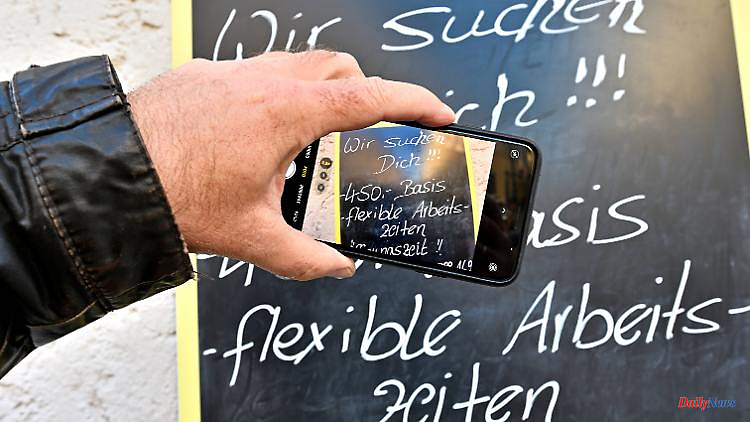 The pension system is threatened with collapse: people are getting older and pension funds are getting tighter. Are the 42-hour week and working until 70 the solution? DIW expert Geyer says no. From his point of view, less part-time work would relieve the pension fund significantly more in the short term.

Overall metal boss Stefan Wolf recently called for the retirement age to be gradually increased to 70 years. And not only that: we should all work even more. Is he right?

Johannes Geyer: First of all, Mr. Wolf is right that the pension is mainly financed from wages, i.e. from work. In this respect, raising the retirement age could play a small part, but this is not the ultimate solution. The question is what he understands by extra work: I would agree with him if he means the current potential. For example, we have great opportunities with people who are underemployed – those who simply work too few hours. The question then becomes whether it makes sense to promote mini-jobs. But I think that Mr. Wolf means increasing the weekly working time from 40 to 42 hours. That doesn't make sense, because the burdens per additional hour of work are getting higher and higher. That's why it's unrealistic in many industries, because the employees are already completely overburdened.

That is absolutely correct and very important. The debate is often carried out in big headlines - something like: "This is the ultimate solution to the pension problem". But if you look closely, the problems become apparent very quickly.

What problems are you thinking of?

For example, we have come a long way with childcare over the past 20 years, but we still have a high proportion of part-time parents. This is also perfectly fine if parents want to raise their children. Nevertheless, the question is whether the parents could not be given more working hours with better care. And such discussions can be transferred to many areas. Overall, the potential would be enormous. For example, the reserve from women working part-time is much larger than from the 42-hour week.

Mr. Wolf disagrees and says that the reserves have been used up ...

I do not think so. If we look at mini-jobs and the unemployed, there are enormous reserves. In addition, around 170,000 people retire early every year due to illness. I'm thinking, for example, of poor working conditions and mental pressure. With better care, you can still do something right here. There are also problems: Those who have ended up on the disability pension because of illness usually do not return to the regular job market. We have further potential here, even if you subtract diseases that are difficult to prevent, such as cancer. And last but not least, there is the issue of immigration. I sometimes miss that in the public debate.

We need immigration, there's no getting around it. And the more successful this is, the less strain it has on the pension system.

Many immigrants are stuck in toleration loops or have no access to the labor market for other reasons. What do you think needs to change?

Those are two different things. One is: How do we deal with tolerated persons and those entitled to asylum? The first steps have now been taken to make access easier, and that's a good thing. The other is labor market migration. Within the EU, Germany benefits greatly as a net importer of skilled workers from south-eastern Europe. That was very important for the good labor market development in recent years. At the same time, Germany is looking for skilled workers worldwide. It's about the recognition of qualifications or German lessons in these countries. Depending on the immigration country, the hurdles are still far too complicated.

Is that enough? If people work until they are 70, that would also be a potential...

But there are other ideas, for example that civil servants and the self-employed should pay into the pension system. What do you make of it?

This is basically a sensible suggestion, especially for self-employed people who are not compulsorily insured. On the one hand because parts of this group have an increased risk of poverty in old age, on the other hand I believe that a uniform pension system would simplify things. First, it increases contributions, which would help in the short term. In the long run, the effect evens out, but for a while we could dampen the increase in the contribution rate. Whether it's worth it is a political decision. In any case, the way there would not be easy.

Where do you see the hurdles?

A uniform system would mean that we would abolish the previous system. The officials would have to be more or less rebuilt. That will be expensive. The system would have to be rebuilt piece by piece, and less official - for example with teachers. In this way, the entire system will be changed over the long term.

New working time models actually provide for fewer working hours per week. Is this development at all sustainable for the pension system?

That's difficult to say, in any case we don't have our own calculations on this. The pension is financed from wages, so that's conceivable. Whether it is enough to finance good pensions is another question. Here it would be like this, for example: Reducing working hours can increase productivity and create free space for care. This in turn can have positive effects on care. On the other hand, there are potential losses. You have to balance that against each other, which is certainly not a trivial question. It cannot be ruled out that this will work – but it is also not an easy question to answer. In any case, the state could also help by channeling more of its own funds into the pension system.

That would be a fourth option...

Yes, and if you look at other countries, some are doing it too. Germany puts about ten percent of its gross domestic product into the pension system. In Austria it's 14 percent, and Austria hasn't gone under either. So it is a question of political will.

The current system is essentially based on two stop lines: the contribution rate of 18.6 percent that employees have to pay in, and the pension level of 48 percent. Then there is the retirement age. Which adjustment screws are most likely to be turned?

I think it's realistic that something will be done about all three. However, I believe that the level of pensions will not go down much further for the time being. The fiction that we can supplement this with a funded pillar...

... that people save something for old age themselves ...

... this fiction has not come true. We have a part of the population that does not save, but it also needs to be protected. We have a part that saves, but not enough. So, to put it briefly: I think it is unlikely that we will be able to go down to 43 percent pension level, as we once thought. It will be exciting from 2025, when we will be discussing an increase in the contribution rate. That will come.

The pension commission has already proposed a path of up to 24 percent. That would hit workers hard. Do you think that is realistic?

Yes, such contributions are conceivable in the long term. But the question is how to dampen down this path. This is where the possibilities, potential, migration, etc. mentioned come into play again. Something like that would partially compensate.

If you had a blank sheet of paper and had to draw a pension scheme, what would it look like?

The pension system has recently come to a standstill, without a clear political goal. If there were such a goal, for example what employees can expect from their pension here, then one could define the role of the various pillars: private, company and statutory. This interaction needs to be reconsidered. We must be clear about the role of statutory provisions in the old-age provision mix. And once you have found a position here, we should ask ourselves the questions: How do you achieve that? What does this cost? Is immigration working? With the private pillar, you have to make sure that everyone can participate. Otherwise it doesn't do much and, on the contrary, leads to even more inequality. 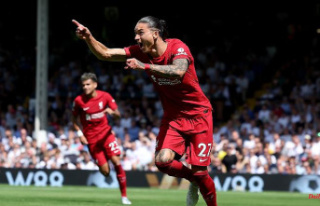