Will New York follow other states and legalize online casinos?

Of all the states to legalize online sports betting in the US, New York is increasingly standing out as a success story, with huge numbers being reported every time the state’s sportsbooks reveal their takings. Of all the states to legalize online sports betting in the US, New York is increasingly standing out as a success story, with huge numbers being reported every time the state’s sportsbooks reveal their takings. In less than a year after its first sports bets were placed, the Empire State has already outstripped many of the states that have had legal sportsbooks for years, in terms of total revenue. While there is the obvious fact that New York is more populous than most of those states put together to factor into this, that doesn’t detract from the fact that sports betting has really taken off in NY. For gambling experts, this raises the question: Will lawmakers go all in and permit online casinos in the state? And if so, when?

First things first: legailizing online sports betting does not mean that a state will then take a step further and permit casino betting online. There are 26 jurisdictions in the States that have online sportsbooks. Online casinos are, at present, legal in just six. However, the scene is rapidly expanding with the likes of West Virginia online casinos being permitted under the livery of Golden Nugget, BetMGM and others. Of the six states that have legal online casinos (Delaware, Connecticut, West Virginia, Pennsylvania, New Jersey and Michigan), five are geographically close to New York - which makes the question all the more pertinent.

Anyone who followed the Californian referendum on sports betting will know that it is not wise to assume that large, coastal, relatively liberal states will automatically adopt looser gambling laws. California has shown its willingness to fight back against big business, and we should not believe that any state will simply roll over when it comes to gambling laws, regardless of how forward-thinking they are perceived as. Nonetheless, the trends seem to indicate that New York is on a path towards adopting legal casino betting: most states that liberalize their betting laws are in proximity to others that have already done so, which is certainly the case for New York. And in every case, the states that have adopted casino betting are ones which also have sports betting online, as New York does.

Theoretically, then, supporters of New York online casino betting are pushing at a door that is already at least half-open. They have their allies in state congress, too: Joseph Addabbo, a Senator representing Queens in the state senate, has indicated that he will push for the inclusion of legal online casino betting in the body’s itinerary for 2023. With NYC Mayor Eric Adams indicating that he will welcome the building of three new retail casinos sooner rather than later, there is also the potential for tie-in between the brick-and-mortar gambling halls and online platforms.

There is, at present, no timetable, nor even any draft legislation on the table for online casino betting in New York. That’s not to say it can’t happen any time soon: the existence of online sports betting and daily fantasy sports provides a road map that could accelerate the adoption of casino gaming. However, estimates on when casino gambling may arrive on the phones and laptops of New York state residents range from “within a year or two” to “not for another five or six years”, given that the latter time frame was how long fantasy sports providers were held up by legal challenges. That’s a fairly vague answer with a very elastic timeframe, but for the moment, it’s what we’ve got. 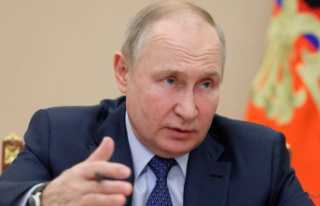 Interview with Thomas Jäger: "Russia does not...