First Corona, now the concern about scarce energy: The German breweries are still not reaching the level before the outbreak of the pandemic. 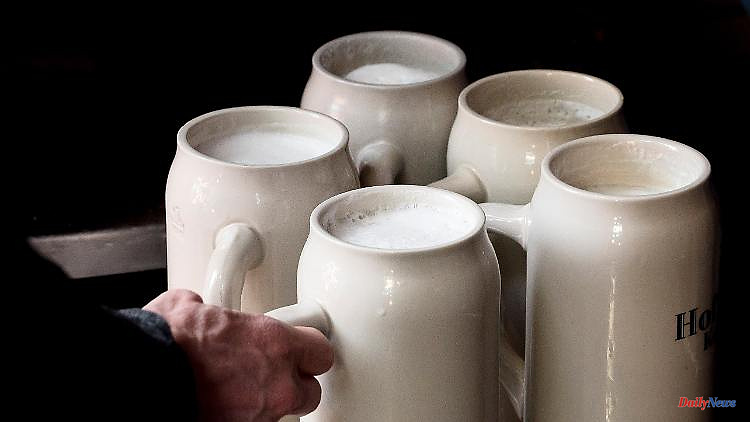 First Corona, now the concern about scarce energy: The German breweries are still not reaching the level before the outbreak of the pandemic. And it could get worse. It is said that the dimensions of the energy crisis can only be guessed at. The industry continues to work in crisis mode.

"The German brewing industry continues to work in crisis mode," commented the general manager of the German Brewers' Association, Holger Eichele, on the balance sheet. "The situation is very tense." The corona pandemic triggered an unprecedented sales crisis, the consequences of which many breweries are far from overcoming.

There are also new problems. "Following the sales crisis, our breweries are now fighting an energy crisis whose dimensions can only be guessed at," said Eichele. It is currently impossible to replace gas as the most important energy source, it said, with a view to the uncertain supply from Russia.

"After the chemical industry, the food industry is the sector with the second highest gas consumption," Eichele continued. The entire industry is concerned with the fear of a blackout. The breweries are absolutely dependent on upstream suppliers - such as the malt houses or the manufacturers of returnable bottles.

"Without gas, the shelves remain empty," said Eichele. The massively rising costs as a result of the war against Ukraine are likely to leave deep scars in the brewing industry. "More and more medium-sized companies are on their knees, supply chains are on the verge of collapse," says the managing director.

82.5 percent of all beer sales in the first half of the year were intended for domestic consumption and were taxed. The remaining 17.5 percent was sold tax-free as exports and as a so-called home drink. In the case of beer mixes - beer mixed with lemonade, cola, fruit juices and other non-alcoholic additives - there was a decline of 3.3 percent to 231.0 million liters in the first half of the year.

1 The lessons of the European Championship in England:... 2 Transfer cracker in Formula 1: Aston Martin spectacularly... 3 The weather week in a quick check: heat wave in August... 4 Secret wedding ?: Lena is said to have said yes again 5 Moon could disturb Perseids: Saturn is particularly... 6 "It used to be hot too": Why weather memories... 7 Saxony: Unknown drive in a lightning burglary jewelry... 8 Saxony: Left: Children and young people advertise... 9 Hesse: Two dead in an accident on a federal road 10 Mecklenburg-Western Pomerania: 43-year-old drives... 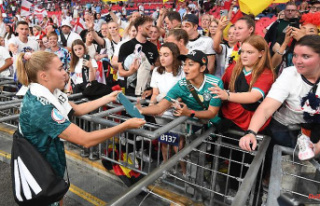 The lessons of the European Championship in England:...