Xi has other priorities: China's economy is bracing itself against several crises

The second largest economy in the world is not in one, but in several crises. 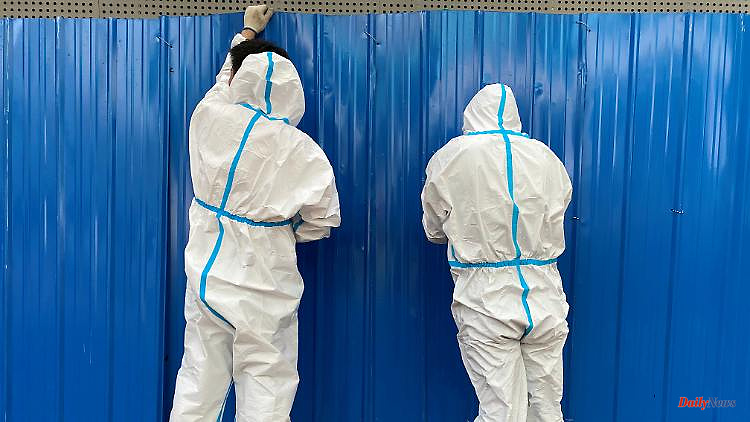 The second largest economy in the world is not in one, but in several crises. Harsh lockdowns paralyze industry and consumption. A real estate crash threatens the financial system. Unlike in the past, the leadership in Beijing is holding back on expensive aid measures.

Officially, the figure is still valid: According to the government in Beijing, China's economy should grow by 5.5 percent this year. This is the lowest growth target that the People's Republic has set for a good 30 years. But even that number is now unattainable, even for the powerful Politburo of the ruling Communist Party. So far - apart from the Corona crisis year 2020 - this has generally ensured that economic growth has been as close as possible to the company's own plans.

The Politburo has apparently moved away from this practice of prioritizing growth in gross domestic product (GDP) over other political goals. According to the official statement, at a meeting of the committee recently, only the "best possible result" for the economy was mentioned. After China's GDP contracted 2.6 percent in the second quarter of this year, some observers had expected party bosses to announce a big spending package to boost the economy, as in the past. Instead, the announcement addressed the need to continue the tough "zero Covid strategy" unchanged, even if lockdowns in metropolises like Shanghai had plunged China's economy into a serious crisis in recent months.

President Xi Jingping, who wants to start a historic third term in autumn, is apparently determined to make a name for himself primarily as a fighter against the corona pandemic and less as a leader of the economy. A few weeks ago, Xi said he was more willing to "impair economic development a little" than "endanger the life and health of the elderly and children in particular."

Even before Corona, the Chinese authorities under Xi's leadership had already placed other goals above the long-standing growth dogma. The booming technology groups in particular had to adapt to the new regulations. Xi even denied private companies in the education sector the right to make money in this sector in general.

It is questionable whether China's powerful leadership would even be able to stimulate the economy to such an extent that growth of even close to 5.5 percent is within reach. After the slump in the last quarter, GDP should even increase by eight percent in the remaining two quarters of this year. It doesn't look like that. On the contrary, China's industry shrank even further in July, according to the current Purchasing Managers' Index.

Recurring corona lockdowns in the major cities are just one of the crises that China's economy is struggling with. In addition, a worsening real estate crisis is particularly threatening. A housing market boom, fueled by cheap credit, has been a key driver of economic growth for years. But the bubble has burst. Sales of the country's top 100 developers fell 39.7 percent in July compared to the same period last year, Chinese data provider CRIC said. Work on many construction sites has been suspended for months because the heavily indebted real estate companies can no longer pay the construction companies. In response to the fact that many of their homes are not completed, buyers have stopped making installment payments in some cases, which is compounding the difficulties for companies.

The real estate crisis could shake the Chinese banking sector and thus the entire economy. According to an estimate by the rating agency S

At the same time, demand from abroad is also suffering. Because the high inflation in Europe and the USA has caused retail sales there to collapse, which is also affecting sales of Chinese export products such as consumer electronics. Given this bleak outlook, companies of all kinds are reluctant to invest, further exacerbating the downturn.

The government and central bank's priority right now is to stabilize the real estate market and boost investment, as well as speed up some major infrastructure projects. But banks and companies are reluctant to invest the money provided by the central bank for the real estate sector. Because most of the apartments that are to be completed have already been sold and have high mortgages. Since no additional revenue can be generated, new loans only exacerbate the sector's over-indebtedness problem.

The liquidity pumped into the financial system by the central bank is largely stuck with the banks, according to a Bloomberg report. According to the private research firm China Beige Book International, "companies are largely refusing to invest." According to CBBI boss Leland Miller, this is mainly because "they don't believe that their zero Covid nightmare is over". 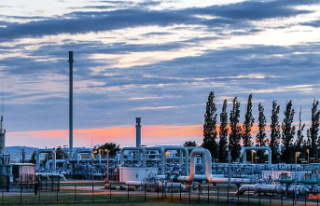