New "Yeezy" sneakers are in great demand: But the successful cooperation between rapper Kanye West and sports giant Adidas could be on the verge of an end. 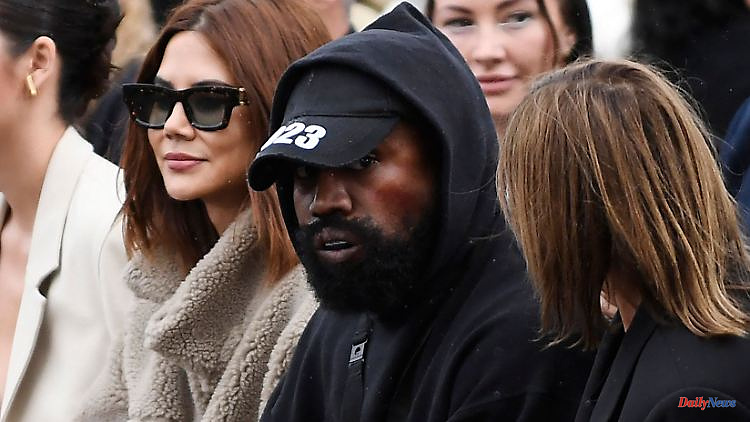 New "Yeezy" sneakers are in great demand: But the successful cooperation between rapper Kanye West and sports giant Adidas could be on the verge of an end. The Franconians speak of "putting the partnership to the test." Previously, West had sometimes raised allegations of plagiarism.

Adidas is distancing itself from its longtime partner Kanye West. "After repeated attempts to clarify the situation outside of the public, we decided to put the partnership to the test," said the Franconian sporting goods company in the evening. "A successful partnership is based on mutual respect and shared values."

Apparently, Adidas no longer sees this as a given after West has repeatedly ridden violent attacks against the sporting goods manufacturer. Among other things, the 45-year-old musician accused the company of copying the design of the "Yeezy" shoes he designed and using them for their own Adidas models. In the past, West had also called for more influence at Adidas. The company had always remained silent on the allegations.

The well-known US rapper has been designing shoes and clothing for Adidas since 2015 under the "Yeezy" brand, which generated sales in the billions in the best years. West receives royalties for this, according to media reports several hundred million dollars a year. The contract runs until 2026. Adidas called the collaboration "one of the most successful collaborations in the history of our industry". According to a report by the online portal "Business of Fashion", the West group has offered to end the cooperation for a settlement of one billion dollars.

West's cooperation with the US fashion retailer Gap, which had only been running since 2020, had recently ended prematurely. At Gap, only the current "Yeezy" collection is to be sold off. This could also be the case with Adidas: During the review, "we will continue to have the current products," the Adidas statement said.

West, who often attracts attention through provocations, is currently disturbing with his new fashion collection with questionable slogans. So he had the inscription "White Lives Matter" printed on shirts. The sentence is a response to the "Black Lives Matter" movement, which was founded to protest police violence against African Americans. The saying "White Lives Matter" is widespread in the right-wing scene - not only in the USA, but also in Germany.

1 Petition wants to kick out strikers: Haaland earns... 2 After mass panic in the stadium: Indonesian judiciary... 3 Has Access to Every Lead Christian Bale thanks DiCaprio... 4 'Sex and the City' sequel: Will Charlotte... 5 Bavaria: truck driver loses control on A71 - and dies... 6 Bavaria: collision on federal highway: one dead, six... 7 Saxony: Saxon Literature Prize 2022 awarded to Lukas... 8 What is the Fed doing?: Uncertain interest rate policy... 9 Group does not want to pay anything: court reduces... 10 United prevents EL embarrassment: hapless Ronaldo... 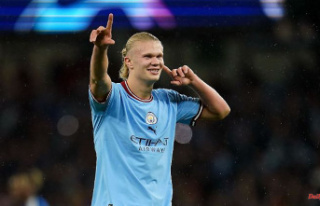