"The effort must be immediate and collective.

"The effort must be immediate and collective. Every gesture counts. Engie, TotalEnergies, EDF, and EDF have called upon the French to reduce their energy consumption in order to avoid shortages and high prices. There are many ways to save energy, even during summer.

This is one of the best ways to lower your bills. Devices, even those on standby, use electricity so it is best not to plug them. Televisions, game consoles, and household appliances (coffee maker, toaster etc.) are all susceptible. These devices are especially vulnerable. You can choose a power strip that has a switch or "smart" outlets. These devices detect devices and automatically switch them off.

Water heaters can be greedy with electricity and gas. It is better to take a shower than to bathe in order to reduce your hot water consumption. Engie recommends that you use a switch to turn off the water heater when it is not in use. Also, lower the temperature to between 55-60 degrees Celsius.

According to the French Agency for the Environment and Energy Management, the energy savings achieved by the top-rated appliances "are far from being anecdotal". Each class difference represents approximately 15 to 20% energy savings. The extra cost of buying a device can pay off in savings over its lifetime.

There are energy-saving features in every appliance, including washer, dishwasher, and refrigerator. EDF recommends that the refrigerator temperature be set between 4 and 5degC, and up to 18degC for the freezer. It is also recommended to avoid opening the door too often or for too long.

Washing machines and dishwashers when they are full can reduce their use and save water and energy. According to Ademe, if the dishwasher's eco cycle lasts longer than the intensive program, it can save up to 45% on electricity.

Some light bulbs are very energy-intensive. According to EDF, LED bulbs consume between 80 and 90% less energy than traditional halogen lamps.

Many driving habits can help you consume less fuel. Flexibility is key. However, you can also drive more slowly. According to UFC-Que Choisir driving at 120 km/h on the highway instead of 130 and over 100 km increases the journey time by four minutes, while saving almost a liter of gasoline.

Avoid slowdowns on the highway and road. Use engine braking to avoid sudden, repeated braking which can cause tire wear and increase fuel consumption. It is also advisable to shut off the engine when you are stuck in traffic jams.

It is possible to save fuel by taking shorter journeys by car if it isn't within reach of everyone. UFC-Que Choisir explains that cars consume 30 to 35% more fuel for the first 2 kilometres. This is due in part to the cold operation. It is possible to split fuel costs by using carpooling for daily and holiday journeys. 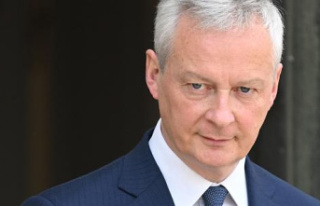