ATLANTIC CITY -- A tip from a casino employee led to the arrest of a city man wanted for a January shooting. Sharod Taylor (Atlantic City police)   Sharod Taylor, 29, was charged with aggravated assault and weapons offenses. He is being held in...

ATLANTIC CITY -- A tip from a casino employee led to the arrest of a city man wanted for a January shooting.

Sharod Taylor, 29, was charged with aggravated assault and weapons offenses. He is being held in the Atlantic County Justice Facility.

He was arrested Saturday morning after being spotted inside Resorts Hotel and Casino. An employee alerted Atlantic City Police Department and they were able to arrest him without incident during a motor vehicle stop after he left the casino.

Taylor allegedly shot at another man on Jan. 25 around 4:15 p.m. in the Venice Park section of Atlantic City. Police were alerted to the shooting after it was picked up by its ShotSpotter service. Officers found evidence of a shooting at the scene.

No one was injured in the shooting and police are not releasing the name of the intended victim at this time.

An investigation led to Taylor being named as the shooting suspect. Police began seeking the public's assistance Thursday in finding Taylor, including the release of Taylor's photograph.

Anyone with further information about the shooting is asked to call Atlantic City Police Department's Violent Crimes Unit at 609-347-5788 or to submit the information anonymously through the department's Tip411 service. An Insider’s Guide to Making a Fortune from Online Casinos 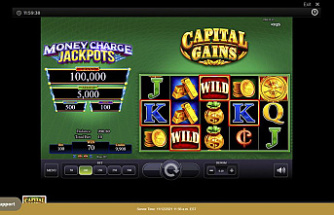