"Authoritarian", "contemptuous" ... Why Blanquer arouses the anger of some of the teachers

A new strike is expected this Thursday, January 27 in schools and educational establishments. 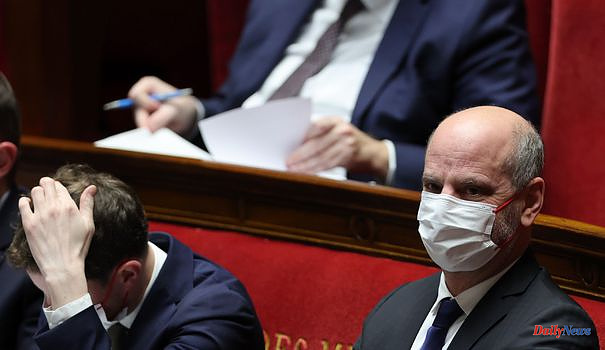 A new strike is expected this Thursday, January 27 in schools and educational establishments. The figure of Jean-Michel Blanquer should crystallize, once again, the reproaches. Would the voluntarism displayed by the Minister of National Education have ended up turning against him? Emphasis on fundamental learning, splitting of CP and CE1 classes in priority education networks, reform of high school and the baccalaureate: as soon as he arrived at Rue de Grenelle in 2017, Jean-Michel Blanquer, recognized as being a fine connoisseur of educational world, chained measures at a run and seduced a large part of public opinion. Despite the health crisis that has hit France from March 2020 and the many turmoil it has caused, Captain Blanquer retains this great assurance, with his eye on his course: keep schools open at all costs to limit the risk of dropping out of school and psychosocial damage in children. A point in his balance sheet strongly highlighted by Emmanuel Macron a few months before the next presidential election.

The minister's mistake was not to see the anger of the teaching world rise, electrified by the multiple changes in health protocols. His "authoritarian", "contemptuous" and "peremptory" sides are now castigated. The exasperation culminated in the demonstration on January 13 which, for once, brought together all categories of personnel. It denounces its conception of power that is too vertical, the little room for maneuver left to school principals and heads of establishments, the lack of consultation with the unions or the absence of collaboration with the local authorities.

Its omnipresence in the media has also contributed to this rise in pressure from the educational community. If his concern for clarity and pedagogy is appreciated by some of the parents of students, certain "blunders" go badly on the teachers' side. Like the fact of having, on several occasions, reserved for the press the first of certain reforms or the details of yet another health protocol. With the approach of the Omicron wave, the minister even mentions the risk of "absenteeism" of teachers. A word considered pejorative by some who see it as a new provocation. The Ibiza affair appears as an additional unfortunate symbol. What reinforce this feeling of contempt so strongly perceived by teachers. It remains to be seen whether the general public will hold it so harshly.

1 Four questions about the disrupted launch of Parcoursup... 2 "Panorama" interview: BBC takes action:... 3 Kevin Costner: He's the highest paid TV star... 4 Unemployment insurance: the return to the previous... 5 "I found the parting words of the doctor to be... 6 Aid for hiring a young person will be granted up to... 7 Little corkscrew customer: Wine opener: How to elegantly... 8 More appetite than the women? Dear men, it's... 9 Recipes to try at home: Lassi, Ayran and Iced Tea:... 10 Guest finds dinosaur footprints in restaurant 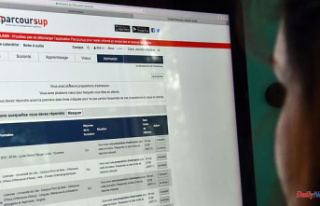 Four questions about the disrupted launch of Parcoursup...