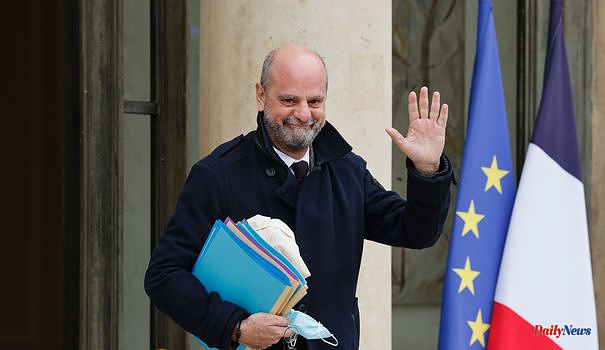 Black Thursday in French schools. At the call of a large inter-union, nearly 40% of teachers in elementary schools and kindergartens voluntarily skipped the day of January 13, according to figures from the Ministry of National Education. The SNU-ipp, majority in the primary, evokes for its part a school in two closed in France. The fruit of a “historic” mobilization against the government, and more particularly the minister responsible, Jean-Michel Blanquer, guilty according to the trade unions of chaotic health crisis management.

The latter received, at the end of the day, these same unions, who still want the "return to a manageable situation", with the return of the rule "one case of Covid-19 = class closure". But also more protective equipment, as well as personnel to remedy absences caused by illness. At the end of this meeting, which was also attended by Prime Minister Jean Castex and Minister of Health Olivier Véran (in video, due to Covid), Jean-Michel Blanquer met some of their expectations.

The Ministry of National Education recently announced the availability of around 50 million surgical masks for teachers. But faced with the Omicron variant, which is particularly contagious, the FFP2 mask is considered more protective. Jean-Michel Blanquer therefore announced Thursday evening the release of “5 million FFP2 masks” for kindergarten teachers on request.

Finally, still on the material side, the fund for the purchase of CO2 sensors by local authorities, to help with the ventilation of classes and canteens, will be "topped up", as much as necessary.

With nearly 300,000 cases recorded on average every day in France, schools are facing more and more absences from their ranks. Reinforcements were strongly requested by the unions, relying in particular on the "additional lists". It will be.

"I announced that we would be recruiting 3,300 more contract workers, and that we are going to have recourse to the additional lists, that is to say, therefore, to people who are on the competition lists and who thus enter the function, in particular in primary school”, announced Jean-Michel Blanquer. “We will also be recruiting what are called Educational Assistants (AEDs) and Educational Support Staff for Head Teachers,” he added.

Finally, faced with the difficulties experienced by the schools, the evaluations for the CP classes planned from next week will be "postponed to a deadline which remains to be defined", specified Jean-Michel Blanquer.

The postponement, requested by the secondary unions, of the baccalaureate specialty tests, which will begin in March, has not yet been acted upon. The Minister of Education, however, admitted working on the issue. "We must take into account the fact that daily life is not easy at the moment", and "again make an analysis with the representative organizations" to "see if it is appropriate to have a postponement of these March events to June,” he commented.

1 Strike in schools: replacements, equipment ... What... 2 Insulation: Small cooler bag for on the go: This keeps... 3 Tweets against sadness: "I'm very impressed... 4 What you can do about motion sickness 5 Where the once richest man on the Baltic Sea lived 6 Discrimination in hiring: the "name and shame"... 7 Hamburg's mayor is in favor of more targeted... 8 Work: 32,000 training courses already validated via... 9 “We are assuming a good apple harvest” 10 There is no moral obligation to think women's...

Marion, assistant for disabled students, responds to Zemmour: "Let the children in the system" 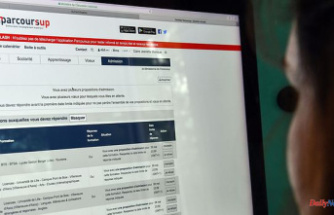 Four questions about the disrupted launch of Parcoursup 2022
BREAKING NEWS 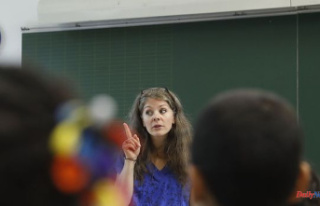 Strike in schools: replacements, equipment ... What...