Four questions about the disrupted launch of Parcoursup 2022 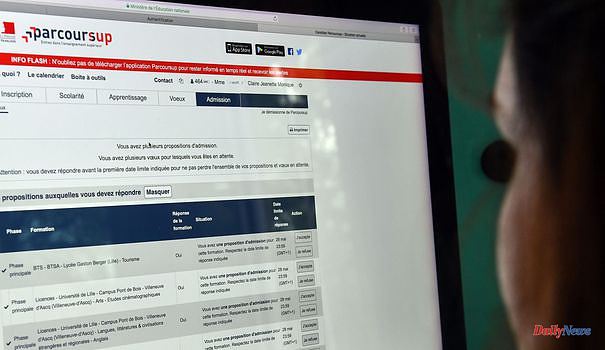 Registrations are officially open. Highly criticized since its launch in 2018, and subject to promises of deletion or modification by candidates for the presidency of the Republic, Parcoursup will nevertheless welcome hundreds of thousands of high school students in Terminale class in the coming weeks. and students in search of a reorientation, eager to formulate their wishes for higher education. Some 20,000 diverse and varied training courses recognized by the State are offered, including more than 6,000 in apprenticeship.

This 2022 vintage, like the previous one before it, is once again marked by the Covid-19 epidemic. Students do not know whether their baccalaureate specialty exams will be postponed or not due to the Covid. These tests were born from the reform of the baccalaureate driven by the Minister of National Education, Jean-Michel Blanquer. They are scheduled for mid-March and must count for Parcoursup. The point in four questions on the difficult context of the deployment of the platform for access to higher education, faced with high school students who are already very stressed, and political leaders who are determined to transform it.

Terminale high school students who want to start higher education and reorientation students will be able to register their wishes on Parcoursup from this Thursday. This post-baccalaureate admission platform, inaugurated four years ago, integrates all the courses recognized by the State. Until March 29, candidates will be able to make up to 10 wishes (with the possibility of sub-wishes depending on the training), without having to classify them. They will then have until April 7 to complete their file and confirm these wishes.

For each wish, students must explain their motivation in a few lines. A “Future sheet” will also be sent to universities and selective training, a document which contains the assessment of the teachers and the opinion of the head of the establishment. It is recommended, in order not to end up on the floor, not to make only one wish and not to apply only for selective courses.

The baccalaureate specialty tests, which count for 32% of the final mark, must take place in mid-March. However, this non-negligible part, which must appear in the candidate's file, is subject to a postponement to June. In this context, many candidates are wondering about the need or not to rush for their wishes, which could quickly be called into question depending on the outcome of these tests.

Last year, faced with the crisis, the Minister of National Education Jean-Michel Blanquer had simply replaced these tests in favor of continuous monitoring.

If, according to several sources interviewed by AFP, the postponement seems inevitable, the date of the tests between March and June is debated. Pending decisions from the ministry which could be announced very soon, in high schools teachers and especially students are concerned about "not knowing which foot to dance on".

For Ruben Carius, president of the organization Les Lycéens!, "postponing these tests to June means adding stress and pressure, because there is already the great oral and philosophy. It is also very important to 'to have national and anonymous events that count in our Parcoursup files'.

"We need to be told very quickly if we are taking the specialty tests in less than two months or not because even being a good student, it particularly stresses me out", launches Ilyes, 17, in Terminale in a high school in Bagnolet. in Seine-Saint-Denis. According to him, "evacuating these events would also make it possible to focus on orientation in Parcoursup".

At his side, Chabane, 17, bounces back on the functioning of Parcoursup: "it would be better if the events were maintained in March, but with adjustments to take into account the disruptions linked to the Covid. The marks could thus count for Parcoursup, that makes it possible to value the work, it's better", assures the high school student.

For weeks, high schools have also been disrupted by the absence of teachers and students affected by the Covid. "White bacs are postponed, teachers cannot progress in their program as they would like, students have difficulty catching up on the lessons they have missed and are therefore stressed", reports François Desnoyer, mathematics teacher in a Toulouse high school.

This head teacher considers "difficult to envisage maintaining the tests in March due to the Covid epidemic which will still be strong in certain areas in two months". "I also know that many of my students will not be ready to take them in March because of the accumulated delay," he adds.

Undeniably. The platform is the subject of numerous criticisms from high school students themselves, on the lack of transparency regarding the refusal of certain options (and sometimes despite excellent records).

The candidates for the supreme election have taken up the subject. And more particularly on the left of the chessboard. The leader of the Insoumis, Jean-Luc Mélenchon, has thus promised to remove Parcoursup if he is elected President of the Republic. Yannick Jadot and Christiane Taubira opt for in-depth changes, for more equality in the treatment of students. Anne Hidalgo for her part defends the idea that an "algorithm decides the lives of young people".

The right is a little less critical of the tool, and would prefer the return to "a real national examination" as explained by an adviser to Valérie Pécresse (LR) in the daily Le Monde. Today's is presented as a "formality". Eric Zemmour (Reconquests!) takes even fewer gloves. The polemicist is betting on "a much more demanding baccalaureate, the level of which will be raised", projects his team, always on a daily basis. "The number of graduates will necessarily be lower and the level of the first year of license will be automatically raised".

1 "Panorama" interview: BBC takes action:... 2 Kevin Costner: He's the highest paid TV star... 3 Unemployment insurance: the return to the previous... 4 "I found the parting words of the doctor to be... 5 Aid for hiring a young person will be granted up to... 6 Little corkscrew customer: Wine opener: How to elegantly... 7 More appetite than the women? Dear men, it's... 8 Recipes to try at home: Lassi, Ayran and Iced Tea:... 9 Guest finds dinosaur footprints in restaurant 10 Flo Delavega: from Bercy to the natural Zenith 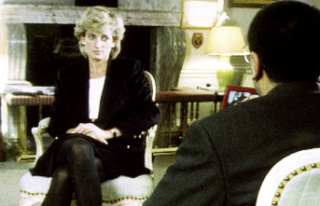