Pride at 50: A basement is where the LGBT revolution began 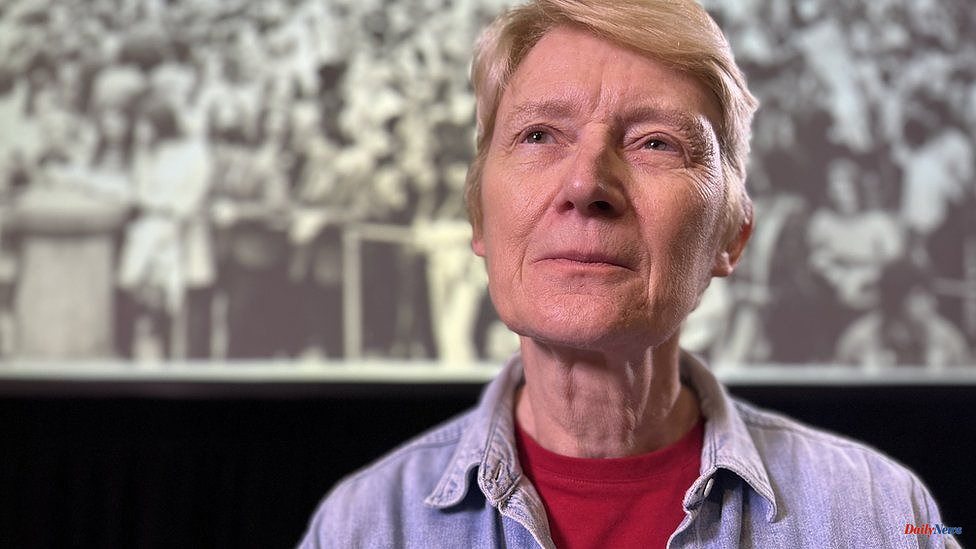 It's 1972. The swinging '60s have ended, the miners strike has shut off the lights, and Donny Osmond's Puppy Love is on top of the charts.

It will take another 20 years for same-sex attraction to be classified as a mental disorder. Despite homosexual acts being decriminalised in 1967, the consent age is still five years higher than that of heterosexual couples.

A revolution is in the making at London School of Economics' basement.

Following protests last year calling for the age of consent be lower, members of Gay Liberation Front plan a new march. They will not only demand change and equality, but also celebrate who they are.

Even though they don't yet know it, ripple effects will still be felt many decades later.

The UK's first Pride demonstration is just around the corner.

BBC News brought together some of the original attendees to the first UK Pride march in 1972 and some LGBT people from the younger generations to reflect on the changes and what is still needed.

Stuart Feather was 32 years old when he attended the first GLF meeting in the early 1970s.

"In a certain way, I had no self worth.

"I didn't have gay pride or any other similar thing, because I had been hiding who and what I was."

Hundreds of people gathered in London's Trafalgar square on 1 July to witness the first Pride march.

Stuart says that there were many police officers on either side of him, so it was hard to see us. But when we reached Marble Arch, we had an informal mass kiss-in. By the end of our snogging, the police had disappeared completely.

"They were so disgusted at what we were doing, and eventually they were powerless."

Bruce Bayley felt that the idea of a gay-pride march was a different concept than previous political marches.

He says, "I considered it more like a takeover joy."

"It was said, "Look, you can have joy in whatever political activity you are engaged in."

Bruce was 24 years old when he joined GLF.

Although he was born in India, he was studying sociology in London. He was awarded a grant to study political "deviants"

Bruce decided to take the GLF course after being recommended by his tutor. It changed Bruce's life.

He says, "As soon I started to research the GLF and the more I attended their meetings and discos I soon realized that I was 'one' of them."

"It was amazing - the freedom, being yourself, the thrill, the glamour and the courage to admit that I am gay.

Rebecca Bullamore (21), is organizing a group of friends to attend their first London Pride Parade together on Saturday, July 2nd.

She says that although we have made great strides in the past 50 years, many people in the world lack the right to express themselves freely. Many in the United States don't feel safe expressing their opinions and are often afraid to do so.

"There's more positive representation in media, positive stories and children’s books with representation – that is really important. But there are still many challenges of people not understanding or caring about the community and polarizing it."

Angela Mason joined GLF in October 1970 when it was founded. It allowed her to live freely for the first time.

Angela says, "I hadn't been out before and was having quite a miserable experience. But suddenly I felt a tremendous personal feeling liberation and love and support."

"It was not an individual experience. What made it so thrilling was that it was the collective experience. It was the most exciting period in my life."

Elizabeth Wilson was her partner and she met Elizabeth at a GLF meeting. They are still together.

Shan Veillard Thomas was just a teenager when she joined the GLF. She had just met her first girl and fled home.

She was one of the 30 who organized the first Pride protest.

Shan says, "The march was controversial - it's terrifying, it's daring, I was 21."

"There was an attractiveness to me in the sense of daringness and naughtiness.

"It was very public, and we were very daring going out on the street in public."

However, that was a fleeting experience as Shan joined the Army a year later and was immediately driven back to the closet.

It was illegal for gay soldiers to serve in the military at that time, which she didn't realize until 2000.

Shan said, "It wasn’t talked about."

"I was horrified to see the extent of interrogation going on.

"I hoped to never meet another woman."

Shan later married a man and had children with him in what she describes as a loving relationship.

She came out again as a lesbian years later.

Sam Stevens (23), believes Pride should force leaders to examine how they communicate with the rest, including Saudi Arabia, China, and other countries that have anti-LGBT laws.

He says that pride is a form of protest, but it's also about understanding one another and expressing your true self.

"As a child, the term 'gay’ was used as an insult. But now it's not and it's no longer accepted.

"We need more of that, and that's impacted a the laws."

Roz Kaveney, then 22, was transgender when she met the GLF in autumn 1971. She had just come out as such in "frightening times".

She also co-wrote the transgender section in the Gay Liberation Front Manifesto. This pamphlet, which calls for an end of "oppression", includes a list of demands including changes to the law and society's attitude towards LGBT people.

Roz states, "It was open to all, regardless of their race, gender, sexual orientation, or nationality - not that we had that language at the time - straight, gay, marching together towards the 'glorious liberated past'."

"It was probably more idealistic than I felt at the time, but it was a manifesto."

Parts of it are still valid today.

Roz, like many members of the GLF continued to campaign against Section 28 (Local Government Act 1988) which effectively prohibited homosexuality being taught at schools. It was also repealed in 2003 and 2004's Gender Recognition Act which allowed trans people to legally alter their gender on birth certificates.

GLF will recreate the first Pride protest on Friday. They will depart from St Martin's in the Fields near Trafalgar Square at 13:00. 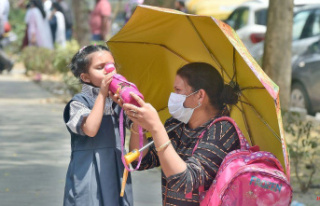