Sign up for one of our email newsletters. Marge Klimchock hopes future generations of Catholics won't have to depend on a building to remind them to pray to God every day. For nearly 80 years, St. Florian School and Convent gave elementary-aged children...

Marge Klimchock hopes future generations of Catholics won't have to depend on a building to remind them to pray to God every day.

For nearly 80 years, St. Florian School and Convent gave elementary-aged children a foundation of the church's doctrine to stand upon, said Klimchock, 86.

Klimchock moved on to ninth grade at Hurst High School in 1944, after starting in third grade at St. Florian five years prior. She was the last of her family's 10 children to go through the school and she also sent her eight children there years later.

It was on a bright and unusually warm Sunday in February she found herself walking through the halls again, reminiscing with classmates and hoping the best for future Catholics.

“I hope that (alumni) will still practice what they learned there, or what their children learned there and what their grandchildren are learning here through CCD,” Klimchock said. CCD stands for Catholic Christian Doctrine, she said.

Every Monday night for nearly 40 years, Klimchock has volunteered to teach a group of local pre-school children the basics of Catholic doctrine. The CCD classes will continue in the parish's separate and adjacent Faith Formation Building along Route 981 in Mt. Pleasant, she said.

One student, Marilyn Novak, 70, of Unity, said she has carried principles she learned at St. Florian's for all her years — and will continue to do so.

“The sisters taught us such discipline, they taught us faith. It was beautiful, and there was respect,” Novak said. She said the difference between St. Florian and the public high Neyine school she attended after graduating was “a shock.”

“I thought, how can they act this way,” she said, laughing. Novak's favorite classes, she said, were art and music.

“After religion studies, of course,” Novak said. “The nuns … they were all dear. I really respected them.”

That discipline and demanded respect, said Tom Kissell, 91, was different from schools nowadays.

“They were tough, but they were fair. In other words, they made us walk the chalk line. But it did not hurt us one bit. We learned,” Kissell said, who graduated from the school in 1940.

About eight years later, Kissell married Helen Whistdofh in the church next door and had the reception in the school's social hall.

“In August, it'll be 69 years,” Kissell said of his marriage.

The Rev. John Sedlak, 66, who has served at St. Florian Parish since June 2013, said the school served its purpose.

Sedlak wrote a memo to parish members and alumni for Sunday's open house. In it, he cited parish anniversary books that indicated the school's initial enrollment: 100.

“Thirty years later, ‘to accommodate an (unspecified) increase in enrollment' a new wing was added to the school and dedicated on May 22, 1955,” Sedlak wrote.

However, Sedlak speculates that a steady decline in nuns interested in teaching after the Second Vatican Council in 1968 eventually led to parishes with schools left to hire lay teachers.

“We were staffed by nuns at one point,” he said. “But then we had to hire lay people and we needed to pay them competitive salaries.” Sedlak said the parish likely could not keep up with the school's growing operating expenses.

Classes for preschool continued, with 27 enrolled.

Since the school's closing in 2002, Sedlak said the building had been used for a weekly Faith Formation program, where 52 students from kindergarten through seventh grade were enrolled.

After demolition of the 94-year-old building, the parish plans to construct a “new stand-alone social hall” by the end of this year. 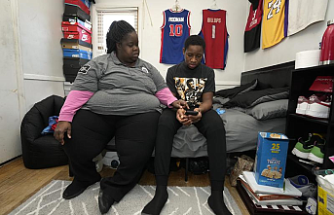