Westfield High School is shown in this file photo. 8/17/2016 (Marisa Iati | NJ Advance Media for NJ.com) WESTFIELD -- The school district has created a new administrative role for the former high school principal, who has been on unexplained paid...

WESTFIELD -- The school district has created a new administrative role for the former high school principal, who has been on unexplained paid leave for 10 months.

The school board on Jan. 5 accepted the immediate transfer of Peter Renwick, previously the principal of Westfield High School, to the newly created role of the district's "director of special projects" at an annual salary of $142,222. The board also approved Renwick's expected resignation in February, 2018.

Renwick, who earned $171,949 annually as principal, went on paid leave in March, and Assistant Principal Derrick Nelson took over the school's highest post.

Superintendent Margaret Dolan in August declined to explain Renwick's leave, citing restrictions on discussing personnel matters. Lorre Korecky, the district's coordinator of school and community relations, on Thursday wrote in an email on behalf of Dolan that the district could not say why Renwick was moving to the administrative role and planning to resign.

Attempts to reach Renwick for comment have been unsuccessful.

The job description for the director of special projects role "includes researching and interpreting changes for district policies and designing and conducting research projects aligned with district initiatives," Korecky wrote in the email. Renwick will report directly to the superintendent.

The high school principal position is now posted online. Nelson will continue working as the school's acting principal until the job is permanently filled, Dolan wrote in a synopsis of the Jan. 5 school board meeting.

Renwick came under public inquiry in November 2013, when Westfield parents expressed worry about an unusual performance at Folio, a student coffeehouse. A video of the incident shows Renwick telling a student to "shut up," moving chairs around the stage and instructing a student to sit in them, and tapping a microphone against a boy's chest.

He was absent for several days after the incident.

In an emailed letter to faculty and parents, Renwick later said concern about his performance was "puzzling" and he had been absent to care for two relatives' medical situations.

"While I did perform at Folio, I had no intention but to entertain our students," Renwick wrote. "Trust me when I tell you that I realize my future is not in comedy and my performances at Folio will be more reserved in the future." 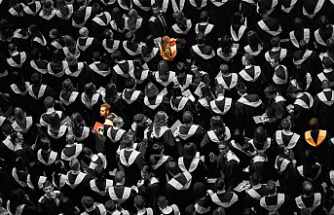 Common Tips on How to Succeed in Your Chosen Field Notable Ways The Pandemic Has Changed The Face Of Schooling