Should Education Be Free?

Education is the most effective weapon to eradicate poverty and several problems from the world. Education is the most effective weapon to eradicate poverty and several problems from the world. Education is that medium which can transform the whole society as well as country and its current scenario. So, should education be free? This question comes across the mind of several people so many times. In my opinion, yes education should be free for everyone. But there are people who oppose this idea of free education because they think that the government spends a lot of money on education for the whole country so that the literacy rate of the country can be improved at every level. When free education reaches the people of the whole country it will improve the economic status of the country also. Those kids who belong to poor backgrounds and are not able to get proper education also have talent and potential to achieve a lot in their academic career and in life but they do not get a chance to have this fortune due to lack of that necessary amount of money which is needed for basic education. Rising fees structure of private schools is giving birth to worry and fear to the middle-class families that how are they going to pay for the education of children and due to this fear people are hesitating to have children also which will disturb the population ratio of the country.

Education to a developing country can be assumed as water to the growing plants, that means life. Same way education plays an integral role in development of country's economy. When education does not reach all sections of the society then ratio of unemployment increases. Poor or middle-class people are compelled to make their kids leave their studies in midway and search for jobs to earn their livelihood. It is often seen that to escape this situation those students who doesn't want to leave studying they have to work also part-time to cover their school/college or tuition fees. Due to this double pressure of their daily routine, they go under deep depression, anxiety and tiredness. As a result, they pass with very less marks or with grace or with very poor marks. Now this dissatisfaction leads them to stay away from the world of education. They neither like it anymore nor promote it anyhow. Although the government is trying hard to cover this loss to the nation at most possible extent by freeing education in all government schools till high school and also trying to free the education in private schools also although it is still crunchy. When study is made free for students of the whole country then students become free from the tension of educational charges to pay and students can choose courses according to their potential and talent and will do far better than expected. It is often seen that the countries who support free education for children, their population is highly educated and their citizens highly innovative and creative in all fields. On the other hand somewhere people opposing are also correct at their place because making anything completely degrades importance of that thing very soon secondly if all schools will free the education then those schools won't be able to get economical support and will be dependent on government only for maintaining infrastructural expenditure. Although free education brings many good things as free education can bring equality in education as every student will be attaining education according to his/her potential and also every student will have equal opportunity to gain education and knowledge.

Free education leads a safe and sound life. As an illiterate person it is like a pistol without a safety lock. For example, if an illiterate person has to give medicine to someone and he is not able to read the name of medicine, he can give wrong medicine and can harm someone whereas a literate person will be able to read the medication process properly and can cure an ill person soon. Well, these days the presence of online education has already played a good role in increasing literacy rate. Online teaching has been proven boon to middle class students from which they prepare their notes mostly. These notes become very helpful when they prepare for their exams and competitive exams. Online teaching is providing them with study material for which they have to pay a heavy amount of money as fees earlier.

1 Reasons Why You Should Get Regular Checkups 2 Great Ways To Earn Some Extra Cash When Working From... 3 What Tools Do You Need for Safe Torrenting? 4 How to speed up healing from cryotherapy 5 The Best Places to Bring Up a Family in South Carolina 6 Whats the beneficals of Vaping? Is Vaping Better Than... 7 Despite tensions in Ukraine, Russian pipeline faces... 8 Spain's Christmas lottery is a distraction from... 9 Spain's Christmas lottery is a distraction from... 10 BEIJING (AP), -- Stock markets rose Wednesday as President... 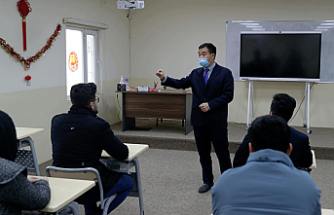 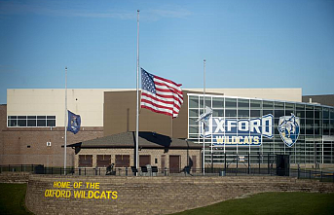 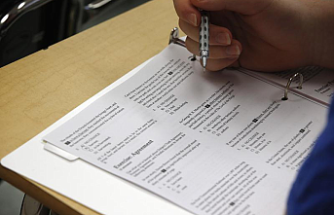 Reasons Why You Should Get Regular Checkups