117 million in the Eurojackpot: The highest jackpot in history is now waiting

Again no player can crack the Eurojackpot. 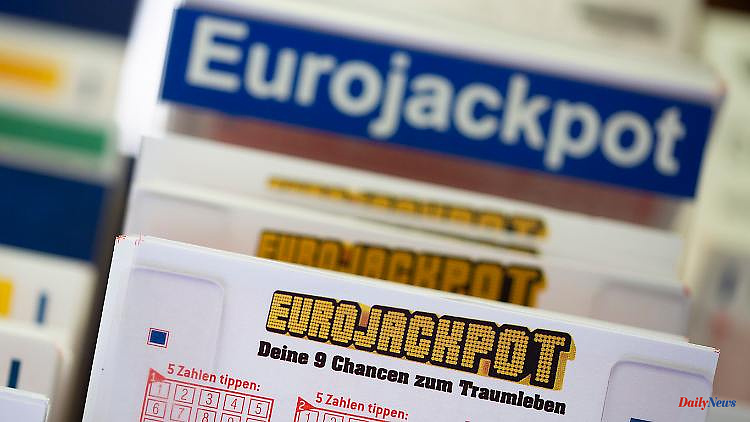 Again no player can crack the Eurojackpot. The next drawing on Tuesday is therefore about 117 million euros. Then there could also be a new German profit record - the old one is only a few months old.

The Eurojackpot filled with 104 million euros has not been cracked. This means that the next draw on Tuesday will be around 117 million euros, as Westlotto announced in Münster. A rule change for the tenth anniversary of the European lottery makes this possible. At the end of March, the 18 participating countries raised the cap on the prize money from 90 to 120 million euros.

If a single player or a syndicate from Germany wins, a new national high would be possible on Tuesday. The previous winnings record is 110 million euros, it was achieved in May by a 15-strong syndicate from North Rhine-Westphalia. Previously, several German players had reached the maximum winnings of 90 million euros at the time.

Because no one guessed the drawn numbers 9 - 11 - 16 - 19 - 32 and the euro numbers 3 and 5 in the Helsinki draw, the winning sum is now growing to a record high. The figures given are not guaranteed.

In the next draw on Tuesday at 7 p.m., Westlotto, the gambling coordinator, expects not only around 117 million euros in prize category 1, but also around 1 million euros in prize category 2. The probability of winning the first prize in the Eurojackpot is 1 140 million. The second drawing day on Tuesday was also only introduced for the tenth anniversary at the end of March. Previously there were only Friday draws.

The high sum of the jackpot builds up when no player crosses the drawn numbers 5 out of 50 and the Euronumbers (additional numbers) 2 out of 12 correctly. The undistributed money from the first prize category then goes into the jackpot for the next draw.

Here you will find information about gambling addiction.

1 'Big Deal' for Royals: Photographer owns... 2 Wedding in Wetzlar: Fabian Hambüchen says yes to... 3 Climate crisis in the Bundestag: "I can't... 4 Interview with historian Berg: USA is in a "civil... 5 Primarily in southern Germany: Lightning strikes will... 6 "Three degrees would be a disaster": Latif:... 7 Baden-Württemberg: Incorrect information: Baden-Württemberg... 8 Hesse: 13-year-old student drunk and taken to the... 9 North Rhine-Westphalia: trees in Münster get indoor... 10 Thuringia: More missions for DRF rescue helicopters... 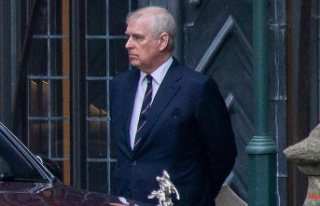