200 people rage in Borna: the Saxony police are looking for New Year's rioters

Rioting young people, damaged buildings, emergency services attacked with firecrackers - no, this is not Berlin, but a small town in Saxony. 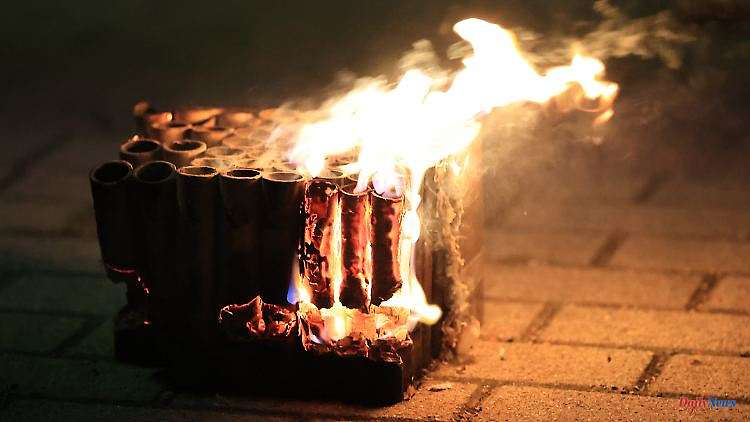 Rioting young people, damaged buildings, emergency services attacked with firecrackers - no, this is not Berlin, but a small town in Saxony. In view of the devastating destruction at the turn of the year in Borna, the police are now looking for witnesses.

Violent riots broke out in many places in Germany on New Year's Eve. Not only large cities like Berlin and Hamburg were affected. Around 200 people also rioted in the small Saxon town of Borna near Leipzig on New Year's Eve. The city announced this a few days ago. The Leipzig police have now set up an information portal specifically for this purpose. Witnesses could provide information about possible suspects or upload videos of what happened, the officials said.

"Some of those present tried to light the Christmas tree there using pyrotechnics," the officials wrote in a statement. Incoming emergency services were attacked from the crowd with firecrackers and rockets. An emergency vehicle was damaged.

The Mayor of Borna, Oliver Urban, published a photo of the market on Facebook, showing a half-destroyed newspaper kiosk. In the article, Urban suggested no firecracker zones in the city. "We won't let our living room be destroyed," he writes. For a commentator, banned zones don't go far enough. She calls for a general ban on firecrackers and additional video surveillance. "That's how you could spot the brainless idiots who had nothing better to do with 'Sieg...' and bangers marching through town on New Year's Eve," she writes.

There are actually indications that such slogans as "Sieg Heil" were shouted on the evening in question, said a press spokesman for the Leipzig police department when asked by ntv.de. The political background of the suspects is the subject of further investigations.

The police are investigating breaches of the peace, but they also speak of "damage to property and personal injury". Two suspects were arrested that night, both young men aged 19. 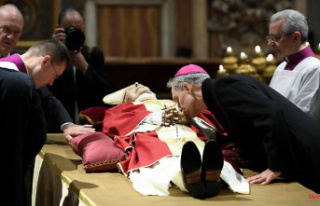