He wanted to show Mont-Saint-Michel "a different way": At a height of 100 meters, the high-wire artist Nathan Paulin balanced 2. 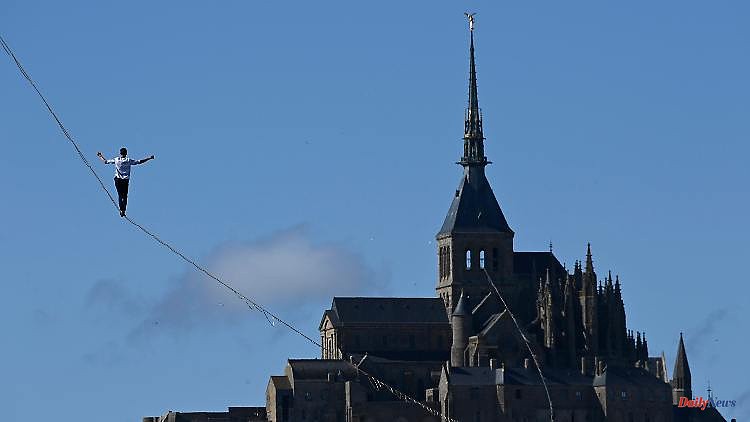 He wanted to show Mont-Saint-Michel "a different way": At a height of 100 meters, the high-wire artist Nathan Paulin balanced 2.2 kilometers towards the famous rocky island in Normandy, setting a new world record in the process. But the Frenchman is already dreaming of the next, even longer route.

The French high-wire artist Nathan Paulin balanced on a 2.2-kilometer slackline at a height of 100 meters on the famous rocky island of Mont-Saint-Michel. According to his team, he set a new world record. "It was a very intense experience," said Paulin after his arrival. He wanted to "show the island in Normandy in northern France differently".

The two-centimetre-wide band was stretched between a crane on the mainland and Mont-Saint-Michel Abbey. Paulin, wearing jeans and a blue and white striped T-shirt, was barefoot and wearing a seat belt. After heavy gusts of wind shortly before the start, the weather remained calm during his demonstration. "It's a wonderful place that has always fascinated me," said the 28-year-old, who would also like to run the route in the other direction with the abbey behind him.

His next dream? "I would like to do the same between the Eiffel Tower and the Montparnasse Tower, which is 2.7 kilometers," he says. He acknowledged that this was a significant technical challenge.

Paulin has already set several world records in the past and has already walked twice on a rope stretched across the Seine between the Eiffel Tower and the Trocadero in Paris. He set his previous record in 2017 when he ran a total of 1662 meters over the Cirque de Navacelles gorge at a height of 300 meters, as reported by the French newspaper "20 minutes". However, the record would have been surpassed by several other tightrope walkers who had covered more than 2130 meters in northern Sweden in 2021. 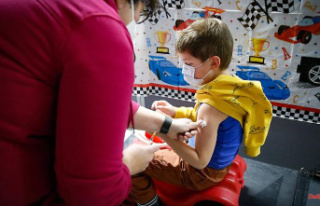