A forest fire broke out in the Gohrischheide between Brandenburg and Saxony on Thursday. 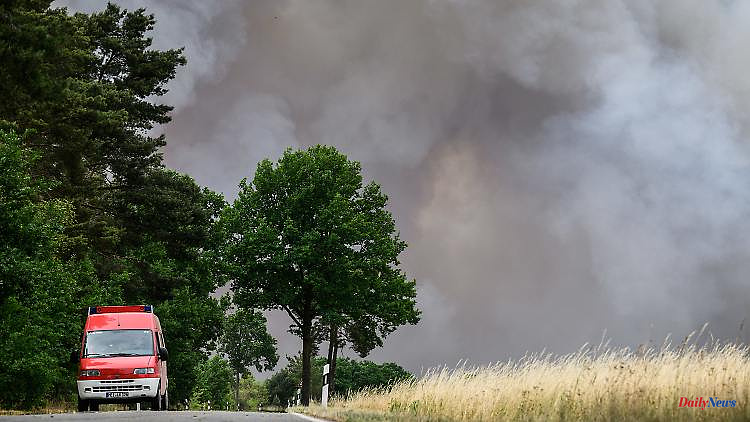 A forest fire broke out in the Gohrischheide between Brandenburg and Saxony on Thursday. In the meantime, it has expanded to an area of ​​800 hectares. According to the fire brigade, he is under control for the time being, and the evacuation of two towns has been lifted.

With the big forest fire on the border between Saxony and Brandenburg, the situation relaxed significantly in the late evening. The emergency services managed to get the flames under control to such an extent that further danger to the evacuated locations of Kröbeln and Kosilenzien could be largely ruled out, the Elbe-Elster district announced in the evening. The evacuation was therefore lifted at 9 p.m.

According to the district, the fire in the Gohrischheide area in Saxony had spread to Brandenburg over the course of the day due to the unfavorable wind conditions. In the afternoon, therefore, the major damage situation was declared, and Kosilenzien and Kröbeln were evacuated. Around 800 hectares were at times in flames. The extinguishing work was made more difficult because some of the areas involved were munitions and the areas could not be entered.

According to the fire brigade, the situation on the Saxon side had relaxed a little earlier. There are no longer any large-scale flames and the fire is under control for the time being, said operations manager Matthias Heydel from the Zeithain fire brigade in the evening. A helicopter was also involved. "The worst is done for now." The number of emergency services in Saxony is to be significantly reduced overnight, but fire guards will continue to keep an eye on the situation. Further extinguishing work would then be tackled on Saturday. According to the information, around 160 emergency services were on the road.

Fire brigades from the Spree-Neisse district had also been requested on the Brandenburg side. Emergency services from Cottbus were also on their way to the scene of the fire with three tank fire engines, a command vehicle and a crew transporter. According to the Lausitz regional control center, there were more than a hundred emergency services. Two Federal Police transport helicopters were also used.

The fire brigade cannot rely on greater relief from rain: There could be isolated showers in the region in the evening and during the day on Saturday, said Peter Zedler from the German Weather Service in Leipzig on request. Presumably, however, they would not bring any large amounts of precipitation.

Just last weekend, two forest fires in Treuenbrietzen and Beelitz, south of Berlin, posed a great danger. Hundreds of firefighters, supported by Bundeswehr soldiers, were deployed. About 200 hectares were in flames at a time. Firefighters continue to monitor developments there. 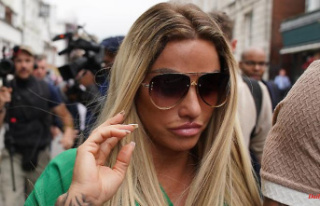 Social hours for the "Boxenluder": Katie...