Large-scale forest fires were already raging in France in July and August. 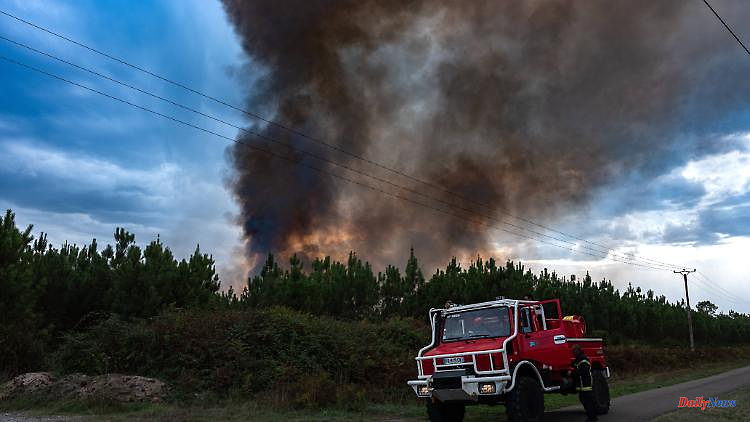 Large-scale forest fires were already raging in France in July and August. Thousands of hectares of land are now burning again in Bordeaux. Drought and hot temperatures make extinguishing work difficult. But the public prosecutor's office does not rule out arson either.

The recent wildfire in the Bordeaux area has continued to spread overnight. About 3,500 hectares of land had burned down, the prefecture said. In the meantime, more than 800 people have had to leave their homes. The public prosecutor's office does not rule out that it could be arson.

About 900 firefighters from all over the country and several firefighting planes and helicopters were deployed. The fire was fueled by the recent heat wave and ongoing drought. The fire spread very quickly because of the high temperatures and strong winds. During the night, the area covered tripled. Even a half-hour rain shower could not contain the fire.

Large forest fires were already raging in France in July and August. In the area around the Dune du Pilat, Europe's highest shifting dune, 30,000 hectares of forest had already burned down. In the villages of Rivière-sur-Tarn and Mostuéjouls in the Aveyron department in the south-east of the country, 500 holidaymakers and residents had to be evacuated in the summer because of a fire. There was also a fire in the western French department of Maine-et-Loire. French authorities had to ask the EU for help to get the fires under control.

Scientists see clear effects of climate change in the increasing heat waves and forest fires. On Monday, the thermometer in Bordeaux climbed to 37.5 degrees again. In France, this summer was the hottest since weather records began.

1 No sexism at the Wiesn: "Layla" gets a new... 2 “Committed the most serious crimes”: Home Office... 3 Two days after news of death: Matilda receives last... 4 First time out after Queen's death: King Charles... 5 Mrs. Greenbird singer: "X Factor" winner... 6 Watch out, mini-jobbers: when the flat-rate energy... 7 Beware of phishing: Attempted fraud with an energy... 8 Consumers have voted: Germany's best online shops... 9 Financing significantly more expensive: These are... 10 New regional classes: For whom the car insurance is... 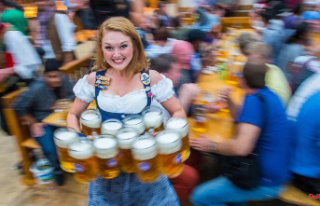