Osakidetza will have a permanent unit and specialized personal selection

The counselor Jon Darpón has commissioned the consultant Rafael Jimenez the preparation of the basic document for reforming the incorporation of health personnel which includes the "hiring talent" in the margin of the Offers of Public Employment (OPE). Jimenez has been argued that the new instruments put in place are gradual but has warned of the importance of having new medical professionals who face the double challenge of replacing the thousands of professionals of Osakidetza, who will be retiring in the next few years and, in addition, the technological challenge especially accelerated in the health care field.

The university professor and consultant, he has defended in the Basque Parliament the 68 recommendations to transform the policy of recruitment of new health professionals. An order made by the minister Darpón that the Basque Parliament had been required to a proposal after the scandal caused by the alleged leakage in the tests of the medical tests of the latest OPE. Jimenez includes among its proposals a "recruitment policy" active for part of the Osakidetza that would have as objective the search of talent on the sidelines of the calls for employment common.

The consultant considers that there are legal instruments to proceed to these changes and has raised a adequacy of current systems for selective. "The OPE is an instrument that old," said the consultant very critical of the use of tests in the selection process if a medical does not penalize the failures in the responses.

it Also raises, as a strategic criterion of the future, modify the current criterion to assess the training by participation in workshops and, in change, has highlighted the effectiveness of "behavioral interviewing" for the aspirants of medical specialties.

Jiménez has underlined the need to also articulate mechanisms to provide the Osakidetza an "agile and efficient provision of vacancies" to minimize the effect of those who assume to temporarily place a doctor. Jimenez has been a "professionalization" of Osakidetza in the selection process because it has been estimated that in the next few years will be incorporated to 15,000 new toilets.

in Addition, the director general of Osakidetza Mary Jesus Múgica has announced the creation in three months of a unit of specialized recruitment and permanent but has not materialised with that effective count. But Múgica has warned that it will be new profiles for this team is currently comprised of about twenty professional profile legal. Has put as an example that this group now works in the analysis of the 50,000 applicants who have been submitted to temporary hires in Osakidetza.

1 The redemption of Jorge Javier Vázquez, and GH VIP:... 2 Two days of public service to Verstappen for their... 3 Red Dead Redemption 2: the figures in the video game... 4 A technical Spanish to 'clean' the proteins in the... 5 The Louvre Abu Dhabi celebrates its first year with... 6 The Government asks the State Attorney General's office... 7 Ukraine and the EU allege that voting in the separatist... 8 Your Essential Guide to Modular Buildings and Why... 9 Teresa Berganza: "I've Never sung for me: always for... 10 Theresa May: "the negotiations of The Brexit have... 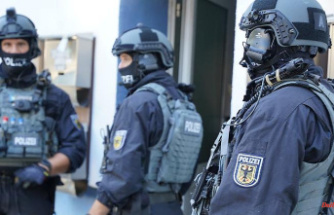 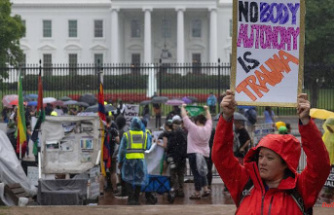 "That was a mistake": Artists apologize for Documenta scandal
BREAKING NEWS

The redemption of Jorge Javier Vázquez, and GH VIP:...