The PP requires Darpón the cessation of the director general of Osakidetza, Mary Jesus Múgica

The PP has demanded today the cessation of the director general of Osakidetza, Mary Jesus Múgica, for its "bad management" to the front of the basque public healthcare system, especially concerning the last OPE and its human resources policy.

The PP has been registered in the Basque Parliament a motion which claimed that the regional Government, in the person of Múgica, to take "political responsibility" for the "apparent failures in the management of Osakidetza that they are putting in question the image and professionalism of one of the services most highly valued by the citizens".

The spokesperson of the popular basque in terms of health, Laura Garrido, has demanded that the Government of Vitoria "change your attitude-evasive and take measures to curb the current deterioration in the management of the Basque Health Service".

The initiative submitted by the PP expresses "outrage" and expresses his complaint to the irregularities of the last OPE and, in particular, the "evidence apparent leaks that reflect a very poor management of the public entity in this selective process".

in Addition, it encourages correct that "bad management" and to "substantially amend the human resources policy of the Department of Health and Osakidetza, which is being manifest in various recruitment of professionals and appointments of senior staff".

In this sense, Garrido has warned after the presentation yesterday of the report of the Department of Health to modify future OPE that "it would be an error to attempt to drain the lump fleeing forward and wanting to turn the page as if nothing had happened".

"If you do not get to the end and not being debugged responsibilities, will be at stake the credibility of Osakidetza," he concluded.

For his part, EH Bildu has launched a feeble ultimatum to the counselor Jon Darpón to "renew the address of the Osakidetza" and to put in place changes of depth in the organization of work and the incorporation of new specialists. But the pressure from the past month of July performed by EH Bildu with the launch of a parliamentary commission of inquiry has been diluted by the doubts of the PP to support it.

Ubera has recognized that today lacks the support of the parliamentary group chaired by Alfonso Alonso, a key that the counselor Darpón knows first-hand.

EH Bildu is intended to tighten a little more the counselor Darpón with the threat of activating an inquiry commission of the Basque Parliament on the irregularities detected in the OPE of Osakidetza. And, in this strategy, the parliamentary Rebeka Ubera has given a deadline of two months for that Darpón make changes in the direction that would focus on the cessation of the director-general Jesus Mary Mugica. But Ubera has not wanted to clarify that if this would be the price of the "assumption of liabilities" that claim. Ubera has even avoided to point directly to Múgica as the responsible for the appointment of the director of Emergency management linked with a counsel of Human Resources that is the last case of alleged relationships between the positions of the designation of the dome of the Osakidetza.

EH Bildu includes among its requirements requests concrete as the structural template looks like the functional or the reduction of the appointees despite the fact that yesterday the counselor Darpón already made clear that these issues fall within the field of its competence and the quality of the Basque Health Service is also based on the decisions taken by the Department in its own sphere.

Ubera has recognized that today it lacks the commitment of the PP basque to support the creation of a commission of inquiry that will remain dormant for two more months even though every day less likely to become a reality.

1 Hundred contracts on RTVE for a term of provisional 2 Blablacar purchase the French company bus Ouibus SNCF 3 We may want to give demonstrations in the prisons 4 5 Major Ways Education is Influencing Humanity 5 The companies shall draw up the agenda of VET in the... 6 Antonio Garamendi, future head of the CEOE: "Has ended... 7 66 dead and 631 missing: the numbers of fires in California,... 8 The PSG can stay without european competition for... 9 Keira Knightley: "the Whole world knew that Weinstein... 10 Biography (vulgar) in the first person 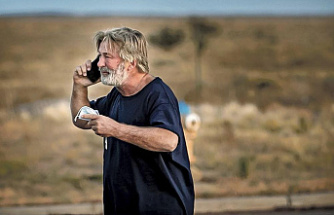 Hundred contracts on RTVE for a term of provisional