Alena Gros will bring to Spain for a trial with the therapy that saved the life of the patient 'miracle' Judy Perkins, able to remove tumors more deadly in ca

Alena Gros will bring to Spain for a trial with the therapy that saved the life of the patient 'miracle' Judy Perkins, able to remove tumors more deadly in cases without alternative therapy

The miracle of Judy, the woman who defeated cancer deadly

CCOO will use the scholarship Grisolia for discriminating against women researchers

Judy Perkins has ducked twice to death. The first, 10 years ago after a breast cancer. The second, a mere 20 months ago when a metastatic tumor in the breast caused cancer in the liver the size of a tennis ball. But Judy had to keep in a drawer the list of wishes to fulfill before she died, that he came to do. A breakthrough therapy 'miracle' saved his life and the news went around the world. But until now it has only been applied in the US.

That may change in the coming months thanks to a young researcher Spanish, Alena Gros (38 years). As has been well known Role, is giving currently the first steps to that in one or two years can be start in Spain, a study similar to the one that helped Judy to get rid of a metastatic cancer for which only gave him three months of life. Even with their first three possible candidates: Mariann, Eliezer and Jose Manuel.

Alena Gros was seven years working with the scientist responsible for the healing of Judy Perkins, the american Steve Rosenberg. Nine years ago, after finishing his doctorate, he went to the united States very excited because Rosenberg himself had selected to be part of his team at the National Cancer Institute. "His research it seemed to me very interesting. He had managed to cure metastatic melanoma in a large number of patients with cell therapy". With this encouragement, Alena crossed the Atlantic, to "learn his technique, bring it to Spain and that the patients in our country could also benefit".

Now, it takes two years and leads the group of Immunotherapy and Immunology of Tumors of the Vall d'hebron Institute of Oncology (VHIO) in Barcelona, and, although she would want everything to be quick and easy, the reality is that this type of trials as custom require a lot of work and patience. "At the National Cancer Institute we were 60 people, doctors, oncologists, surgeons, researchers... Here I began alone and now we are seven people," says Gros.

My dream is to be able to live the rest of my life with my family. This clinical trial may be the only hope for patients with advanced metastatic cancer

None of the three affected by metastatic cancer that has spoken to Paper knew the story of the researcher when they read the case of Judy Perkins the past month of June. At that time, as explained by Reuben, the husband of Mariann (38 years), "we were about to return to Hungary (country of origin of his wife) to Valencia with the hope to undergo a new experimental treatment for metastatic breast cancer".

Given that in the end could not benefit from the same and, unfortunately, "the disease continues to progress," his mind reminded him of the miracle of Judy. "The result was so spectacular that the hope that it generates is very big," recalls Reuben, who explains that Mariann has spent two years "fighting without rest", going through several therapies in three different countries, and without optimistic results. For this reason, and without hesitation, picked up the phone and dialed the number that appeared on the website of the National Cancer Institute of the united States, where he worked the surgeon Rosenberg, creator of the experimental therapy that saved her life at Perkins. "Only responded by e-mail. They told Me that they were saturated with patients. They were already treating the maximum number of patients that their resources allowed them to".

from there, while accompanying his wife in a session of chemo in the hospital, it occurred to him to open a request through the platform Change.org now with more than 412.000 signatures to ask the minister of Health and of Science to undertake the necessary steps to create a clinical trial such as the u.s. in Spain.

Thanks to this public proposal, he met Sarai, the daughter of Eliezer (age 56, of Seville), and Agnes, the wife of Joseph Manuel (age 48, Chantada, Lugo). All were in a very similar situation. To the three of them stirred something inside to learn about the therapeutic success experienced by Perkins. "My dad was diagnosed with metastatic colon cancer a little over a year and none of the treatments have been effective," says Sarai.

Enter in the trial would be a weapon to continue fighting, it is always good that you say that opens a door. We live waiting for a call from a miracle

Knowing that you enter in the trial of Rosenberg was impossible, the daughter of Eliezer was raised if there would be someone to work on the same line in Spain. "I don't know what combination of words I put into Google, but I found two links that spoke of a researcher who would be initiated this clinical study in Spain".

it Was then when it was turned on a new light of hope for the three families, they communicate frequently through a group of WhatsApp. "It's like a network of private investigators looking for treatment for their family members," describes Ines. Her husband, José Manuel, also has metastatic colon cancer and "chemo is not working. That's why we walk as pilgrims, looking for clinical trials in different hospitals of Spain where it can be treated my husband."

Nothing more to know what Alena had between hands, both Ruben as Sarai and Ines were put in contact with her. They are aware that the trial in Spain could not begin until 2020, but in the meantime, rely on the possibility of getting to that point through other possible experimental treatments. In fact, it has Sarai, "Alena I referred you to the oncologist at the Vall d'hebron to inform me of other clinical trials that my father himself could join". In the case of Mariann, as has Reuben, "we are in contact with several hospitals in different cities to see if there is any possibility to enter in another essay in the meantime".

In the words of Alena, "we are a year and a half or two years to be able to start a clinical trial in the us to treat with cell therapy to patients with tumors without therapeutic alternative, concretamind with cancer of the breast and colon metastatic advanced". In these moments, "we are still in the phase of validation and this takes time."

The three affected what you know and await, with "the hope of living," says Eliezer. "If my desire is not met, move all of this so that other people can be saved will have been worth it," he says. "It is always good to open a door", says José Manuel, in the same line as Mariann. "This clinical trial represents hope for many patients with cancer in difficult situation".

it Is the hope of being able to live [...] If my desire is not met, move all of this so that other people can be saved will have been worth

The idea of Alena is to replicate in two years what did Rosenberg Judy Perkins in the united states, although it must be noted that his technique still do not have the effectiveness desired. Only between 10% and 15% of patients respond. In fact, co-assay of the patient american not had the same luck. "I've met other people in the trial who were not able to survive," says Judy, who also Ruben was able to contact. "We explained a little more what the treatment was and, above all, we feel comforted".

The experimental treatment eliminated all traces of tumor, and metastasis in the body of Perkins (known as lymphocytes that infiltrate the tumor (TIL, for its acronym in English) consisted of sequencing the DNA and the RNA of one of their tumors and to check which mutations were unique to her cancer. Then, through a complex work of engineering, were selected by the T-lymphocytes more potent the immune system itself from Perkins to grow in large quantities in the laboratory, to administer them to the affected and redirect them to the protein that causes the mutated gene and are expressed on the surface of malignant cells.

Thus, according to stories of the scientific journal Nature, the patient received approximately 90,000 millions of immune cells through an injection, together with two other drugs: penbrolizumab (an antibody immunotherapy that helps to prevent the immune system is sleep and act against the tumor cells) and interleukin (growth factor for T lymphocytes to multiply more quickly).

this Is a therapy highly personalized, based on an army of T-lymphocytes from the patient themselves. The problem, points out the researcher in Spanish, is that in these moments, "although we are able to expand T lymphocytes in the laboratory, may not be used in patients." Are necessary a "very strict conditions that ensure the quality, security, and the identity of the cellular product". To do this, the next step involves collaboration with the tissue bank, to be able to produce T-lymphocytes under suitable conditions and compatible with the patient.

While you complete this phase of validations (that are being funded by the program CAIMI that counts with the collaboration of the BBVA Foundation) and protocols, the idea of Alena is to find the way to equip the troop, more troops and more specific, so that when you can get started in a clinical trial in Spain, has greater effectiveness. The key is in the form of expanding the t lymphocytes. "We would like to add a cellular product more effective, to increase the ability to multiply and kill the tumor." Also with this intention, it keeps the other line of research to better understand what is recognized by the t lymphocytes. In this sense, he adds, there is a machine selection able to get a cellular product improved, but "it costs half a million euros".

Although in this period validations "money is not a problem," clarifies the researcher, which itself will require new financial aid later will be the implementation of the clinical trial, "which will cost between one and two million euros. There is where lies the challenge. I'm not going to give up. I'm going to fight hard to get funds."

1 The first nude of the muslim world are Damian Hirst... 2 Does Tongo in the GH VIP? The audience can no longer... 3 'Operation ' Kitchen': The driver of Luis Barcenas... 4 The trailblazer Married and the battering judicial 5 How the drugs, the robberies and tourism, 'low cost'... 6 The Guardia Civil has identified a poacher who mutilated... 7 A 'picasso' stolen in Rotterdam six years ago found... 8 Casemiro and Marcelo, the 'guardians' of Vinicius 9 Juan Carlos I, 43 years after 10 Admissible the complaint against Dani Mateo for blowing... 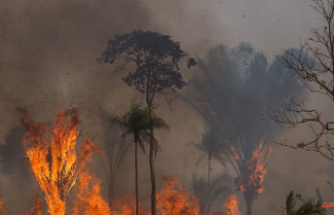 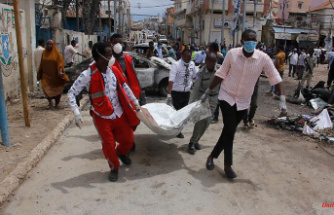 The first nude of the muslim world are Damian Hirst...