The city's new National Museum opens its doors at the port of Oslo. 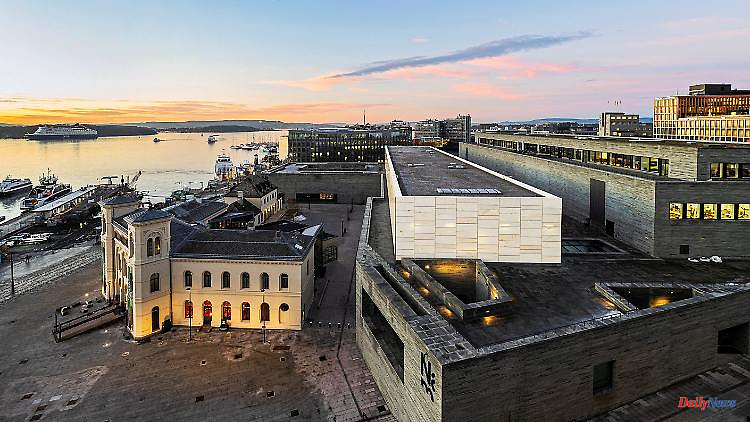 The city's new National Museum opens its doors at the port of Oslo. There are around 400,000 objects to admire in 86 rooms. In addition to antique busts and paintings from all eras, contemporary art also finds its place - and caused discussions even before the opening.

Even the walls of the toilets are covered with marble. The new national museum for art, architecture and design at the port of Oslo is not a glass, sculptural new building. Wide and heavy, like a fortress - some say - it sits half hidden behind the Nobel Peace Center. "A building that can last for hundreds of years," says the German architect Klaus Schuwerk from the architects kleihues schuwerk. It will open on June 11th.

As soon as you enter the entrance hall, you can feel that this is not about gimmickry, but about solid quality: the floor is covered with Krensheim shell limestone, the walls are clad with vertically cut slate and dark oak panels. "A building should be repairable forever," says architect Schuwerk. The materials should have the right to age gracefully. The Norwegian state spent the equivalent of around 600 million euros.

The 6,500 works exhibited in the 55,000 square meter National Museum have been given a worthy setting. The collections of five Oslo institutions - the National Gallery, Museum of Art Industry, Museum of Contemporary Art, Museum of Architecture and National Exhibitions - are now brought together under one roof for the first time. The inventory contains a total of 400,000 items.

The collections are so varied that they cannot be managed in one day: the 86 rooms not only contain paintings from all eras, but also Chinese vases from the Ming Dynasty, antique busts of Roman rulers, the wardrobe of the Norwegian queens Maud and Sonja and sculptures by sculptor Gustav Vigeland. The halls are lined up like in old castles that are now used as museums.

A separate room is dedicated to the painter Edvard Munch, in which 18 of his paintings are exhibited, including an edition of the famous "Scream". In total, the museum has 57 of his works. The colors of the walls match the paintings.

Contemporary artists also have their place. A curtain of 200 reindeer skulls hangs in the entrance hall. All have a bullet hole because the reindeer didn't die of natural causes, they were shot. The work of the Sami artist Máret Ánne Sara is a protest against the forced killing of reindeer ordered by the Norwegian government in 2013 to limit the population. In 2017 she exhibited her work at the Documenta in Kassel.

Contemporary items are also shown in the light hall, which is set on top of the stone building. "I call it art" is the title of the opening exhibition, which is aimed at young people between the ages of 19 and 24. On display are the works of 147 artists working in Norway, and much has sparked debate even before the opening. Like the humorous portrait of the Norwegian royal family by Lena Trydal, in which King Harald sits on the throne in his undershirt and Queen Sonja puts her cell phone to her ear after a jog.

Architect Schuwerk described the exhibition as a "flea market", but museum director Karin Hindsbø welcomes the fact that it is hotly debated: "Our vision is to make art accessible to everyone and to reflect on the society and times in which we live. " At the opening on Saturday, the royal family will be able to form an opinion.

The hall, which Schuwerk calls the Alabaster Hall, is the icing on the cake of the massive museum building. Its walls, seven meters high, are made of glass and marble cut so thin that it lets the light through. Temporary exhibitions are presented here, which poses a challenge for the curators because you can't drive nails into the walls. Many works hang from the ceiling and float in space.

From the hall, a door leads to the roof terrace, which offers wonderful views of the neighbours: the city's red town hall, the Nobel Peace Center, the medieval Akershus Fortress in the distance and the Oslofjord. The National Museum is the third cultural building to open in Oslo in the past two years. In addition to the spectacular opera, a new city library was created in 2020, the Deichman Library. A new Munch Museum was also opened last year. "Oslo and Norway present themselves as a new art and culture destination," says museum director Hindsbø. "The eyes of the world are on us now."

1 Used car check: BMW X1 - a small blemish clouds the... 2 NBA Finals vs Celtics: Stephen Curry holds the Golden... 3 LEGISLATIVE 2022. "Marianne du civisme",... 4 The night of the war at a glance: Zelenskyj: The future... 5 Chaos days 30 years ago: Schalke's coaching posse... 6 Brazil. Two men disappeared in Amazon. 7 Avignon. On the Paliere alley, a brush fire covers... 8 Ukraine: War. Live: "Our resilience is almost... 9 Nutrition. What should you eat during pregnancy to... 10 Criticism of oil companies: Esken does not rule out... 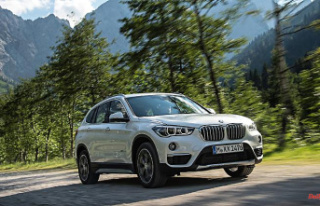