Chalk this up to our eternal fascination with human evil or into a film business that's short on original ideas, but it seems like almost every classic villain nowadays is guaranteed their particular feature-length backstory. The results have been a blended but not dull tote, and they have enabled some fine actors to go entertainingly over-the-top: Joaquin Phoenix won an Oscar for his psychic meltdown as the Joker, also Maleficent, a clever reframing of Sleeping Beauty, remains one of only a few films which have put Angelina Jolie's otherworldly screen presence to effective use. The most recent example of this trend is Cruella, and it is, well, a mixed but not dull tote. Much like Maleficent, it is a Disney live-action film inspired by a previous Disney animated classic -- in this case, One Hundred and One Dalmatians. It's set in 1970s London, and it means to show us the youthful origins of Cruella de Vil, that fascist fashionista who kidnapped a mess of Dalmatian puppies and attempted to turn them into a spotted fur coat.

The thing is, though, that pet killers are not the most sympathetic protagonists, and this film definitely wants us to sympathize. Because of this, this Cruella does not really seem bad enough to commit puppycide by movie's end. She is presented as a rebel -- impatient, perpetually misunderstood and unwilling to play by the rules of a world that casts her aside at every turn.

Cruella is currently a mischief maker when we first meet her as a young girl named Estella. Her loving mother attempts to put her on the straight and narrow, but after a series of tragic events, Estella is orphaned and left to fend for herself on the streets of London. A couple of decades later, Estella, currently played with Emma Stone, is a seasoned grifter committing robberies with her buddies Horace and Jasper.

Estella has an outstanding eye for fashion; she sews amazing disguises for himself and her partners in crime, with a little bit of inspiration by a classic store proprietor, Artie, performed by John McCrea.

Since the Baroness, the wonderful Emma Thompson provides a performance of diabolical humor -- she is half bad stepmother, half Miranda Priestly from The Devil Wears Prada. The Baroness brings out a madly aggressive streak in Estella, who shortly unleashes her sub-par alter ego, Cruella, as a kind of glam-punk performance artist of the fashion world.

Depending on upstage her nemesis while still guarding her secret identity as Estella, Cruella begins crashing the Baroness' galas and parties in attention-grabbing dresses -- the work of the dazzling costume designer Jenny Beavan, in her biggest showcase because Mad Max: Fury Road.

The Emma-vs. -Emma matchup is as irresistible onscreen as it has to have been on paper. But their rivalry also points out a conceptual weakness in the film, and perhaps in the continuing trend of trying to recast villains as sympathetic antiheroes. Thompson's Baroness is monstrous in a way that put this Cruella to pity. In a film that is supposed to be on the rise of a fantastic villain, the Baroness turns out to be the authentic great villain.

Nonetheless, Stone gives it her all in a tricky part with echoes of the lowly young lady turned ruthless schemer she played in The Favourite. Here, she is frankly more intriguing as Estella, smartly biding her time and plotting her next move, than she's as Cruella, who is often upstaged by her own wardrobe. Is Cruella meant to come off as misguided, unhinged or truly untrue? The script attempts to suggest a complex mix of three and winds up feeling mainly confused.

His filmmaking in Cruella is on the surface, but that surface is undeniably entertaining. The soaring, whooshing camerawork sometimes seems to be channeling Goodfellas-age Martin Scorsese, along with the rebellion-themed soundtrack is crammed with'60s and'70s hits in the Rolling Stones, the Doors, The Clash, Blondie and more. Cruella is much too long and undisciplined at two hours and 14 minutes, however in its best moments, it surges with a rude punk energy. It's not a terrible movie, even if its protagonist is not nearly bad enough. 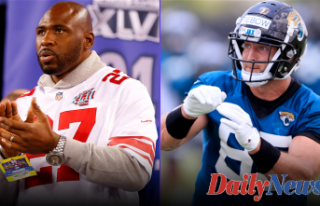