A piece of criminal history: When E 605 became "mother-in-law poison".

In the 1950s, a crop protection agent is used for the first time in a poison murder. 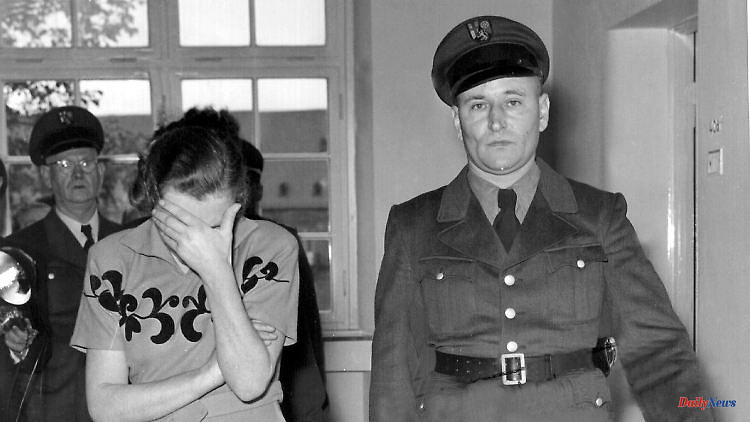 In the 1950s, a crop protection agent is used for the first time in a poison murder. E 605 - this is notorious in West Germany as "mother-in-law poison". However, the first victim in 1952 in a small town on the Rhine is a husband.

Prussic acid, arsenic, strychnine, foxglove - readers of detective fiction are all familiar with these murderous substances. But presumably none of these deadly substances was used as widely in post-war West Germany as E 605. 70 years ago - on September 27, 1952 - the first proven crime in the Federal Republic of Germany involving this poison took place in Worms. It was to be the prelude to a wave of poisoning.

In the 1980s, many still spoke of E 605 with black humor as "mother-in-law poison". The mother-in-law was considered the cliché mortal enemy of married couples. Anyone who thinks E 605 in a row with the so-called E numbers such as E 160c (paprika extract), E 270 (lactic acid) or E 954 (sugar substitute saccharin) is completely on the wrong track. E 605 was never a food additive, but a pesticide. The E stands for "development number".

Discovered in 1944, like many other German inventions from the Nazi era, it was not a blessing to mankind. Nevertheless, the compound, also known as parathion, was very popular with farmers in Germany and neighboring countries after it was approved for use against insects in 1948. An agrochemical treatise from 1949 sees it as "sufficiently proven" that "E 605, although it is a poison in concentrated form, is absolutely harmless when used sensibly and modern plant protection practice would be inconceivable without it".

Old photos from the 1950s show helicopters spraying it extensively over Rhenish vineyards. In this way, millions of Germans probably ingested this poison, but only in the tiniest amounts. With Karl Franz Lehmann from Worms, on the other hand, it was a lethal dose. He died completely unexpectedly on September 27, 1952 from severe convulsions. But the fact that this was a crime only dawned on the police on a February day in 1954. On that day, 30-year-old Annie Hamann - also from Worms - bit on a praline.

The candy tasted so bitter that the woman spat the chocolate on the floor with disgust. Her little dog immediately licked up the sweets greedily. Minutes later, the white spitz and his mistress were in excruciating convulsions, and both were dead shortly afterwards. Hamann's friend Christa Lehmann, whose husband Karl Franz had died so mysteriously less than two years earlier, was responsible for this. Christa Lehmann had used scissors to put the E 605 made by a German chemical company into the "chocolate mushroom" that she had bought in a department store.

The poisoner hadn't chosen her girlfriend as her victim, but her mother. Lehmann had a strained relationship with her. But this very lady did not want the praline and deposited it in the fridge, where her daughter then discovered it. "I was immediately taken aback when Lehmann said that the chocolates made her sick too. That sounded like an apology," said Worms detective Kurt Erhard, who had started the investigation with two colleagues at the time 1990s, a reporter from the German Press Agency. Erhard was already an elderly man at the time.

Even more striking was the accumulation of deaths in the immediate vicinity of the young widow Christa Lehmann. Her husband died suddenly in 1952, and a year later her father-in-law also fell dead from a bicycle - gastric perforation and heart attack were assumed to be the causes of the men's deaths. Four days after Annie Hamann's death, officers arrested Christa Lehmann, and a few days later she admitted to all three murders. In the meantime, the specialists at the Forensic Medicine Institute in Mainz had found out that Lehmann had murdered with E 605 - that was a forensic achievement, because at that time the chemical was not yet known as a murder weapon.

Author Walter Landin (1952-2021) used the true events as a template for his book "Wormser Gift" (2020). "I can also imagine that she would have continued to kill if she hadn't been discovered," Landin said in an interview with the newspaper "Die Rheinpfalz" some time ago. "The deeds were quite easy for her." Landin thought Lehmann might have been relieved to have been caught. "The trial lasted only three days, then Christa Lehmann was sentenced to three life sentences in prison. Her life and her motives were hardly discussed," said Landin from the Palatinate. Such a short process would be unthinkable today.

Christa Lehmann was released from prison in the 1970s and changed her name. Lehmann didn't give him the impression of an ice-cold killer, Kurt Erhard said in the interview: "She seemed like a completely normal woman." The series of murders quickly aroused the public's thirst for sensation, and the tranquil town of Worms became a focal point for hordes of reporters during the days of the investigation. "We deliberately spread the word that poisoning with E 605 would result in a very painful death. But that probably didn't help," stressed Kurt Erhard in the dpa interview at the time. The poison was specially denatured with flavorings, often it smelled pungent.

Nevertheless, shortly after the case became known, there was a wave of suicides with the pesticide in Germany and Austria. In the following decades, murderers attacked again and again. Although E 605 has been banned on fields in the EU for 20 years, a man in Lübeck was convicted in 2019 for mixing E 605 in the wine of his landlord. The victim died.

1 Streaming continues to gain ground: Almost all Germans... 2 Reconciliation may be near: Did Charles III. and Harry... 3 Second child for reality stars: Angelina and Sebastian... 4 First appearance in the "Besetzereck": The... 5 Saxony: New Corona Protection Ordinance for Saxony... 6 Bavaria: drivers rescue injured dog from Autobahn 7 Mecklenburg-Western Pomerania: the doctor has to pay... 8 Baden-Württemberg: the car reverses down the station... 9 Saxony-Anhalt: The oldest female lynx died in the... 10 Saxony: Charging station to pave the way for battery... 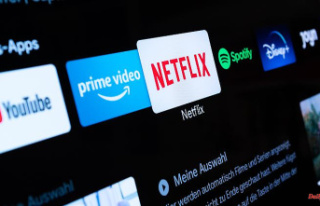