A quick check of the weather week: Tropical temperatures are returning

Temperatures around 35 degrees, tropical nights, no rain: Midsummer will return in Germany from the middle of the week. 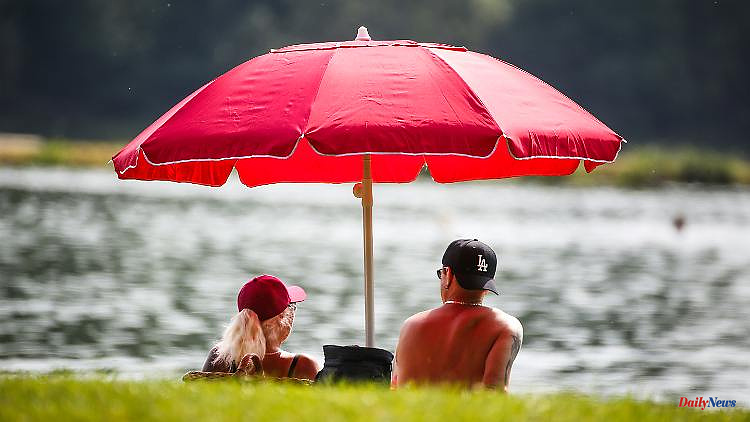 Temperatures around 35 degrees, tropical nights, no rain: Midsummer will return in Germany from the middle of the week. This also poses dangers for many people, warns Health Minister Lauterbach.

Germany is facing the next heat wave. After a fairly chilly weekend, temperatures in Germany are rising again. In the southwest in particular it will be midsummer - with 35 degrees in the middle of the week it will even be really hot. The thermometer could even reach 40 degrees at the weekend. In any case, it remains very dry, and it hardly cools down at night either: the minimum temperatures are more than 20 degrees. This can be stressful for the body. Health Minister Karl Lauterbach warned on Twitter that older and sick people should be protected from the heat wave. "Storage fluids, fans, talk about the importance of hydration. Be available." He also feared fatalities.

In the years 2018 to 2020, high summer temperatures led to thousands of heat-related deaths in Germany, according to a recently published study. High temperatures can put a lot of strain on the cardiovascular system and aggravate existing symptoms such as respiratory diseases, researchers from the Robert Koch Institute (RKI), the Federal Environment Agency (UBA) and the German Weather Service (DWD) wrote in the "Deutsches Ärzteblatt". .

The new week begins with rising temperatures. In many places the thermometer initially shows 18 to 23 degrees, in the Ore Mountains 16 degrees. It gets warmest in the Upper Rhine Graben with up to 29 degrees. There and in the north-east there is also most of the sun. Clouds, on the other hand, predominate from the North Sea to the Berchtesgadener Land. A few showers are possible over the middle of Germany, otherwise it will remain dry. In the north the wind is slowly dropping.

It's getting warmer, even Hamburg is approaching the summer mark of 25 degrees. While the North and Baltic Seas are a little over 20 degrees, 30 degrees are exceeded in the southwest and west. The sun is shining almost everywhere, only in the north-west and from Berlin to the Ore Mountains are scattered clouds spreading.

Wednesday: heat in the south

The south-west has to be prepared for the heat: 30 to 36 degrees are reached there. High summer temperatures of 28 to 30 degrees also prevail elsewhere. It is pleasant at 20 to 25 degrees on the coasts of the North and Baltic Seas as well as in Schleswig-Holstein and Hamburg. There is also a north-west wind. With the exception of a few dense clouds in the north-east, the sun is shining everywhere. Rain is not in sight.

In many places it will be 3 to 4 degrees cooler on Thursday. However, from southern Hesse via the Saarland to the Upper Rhine and along the Danube, the heat continues with temperatures of up to 35 degrees. On the coasts, the thermometer drops to 20 degrees and the wind picks up. Light showers and brief thunderstorms are possible in northern and central Germany. For the most part it will remain dry.

No forecast can be made with certainty, but one thing is certain: the heat in the southwest will remain at 30 to 35 degrees. The 30-degree mark is also more frequently reached above central Germany. In the north, there will be little change at first with 18 to 23 degrees, but the wind will ease again. It will remain dry with high veil clouds. The temperatures at night are partly tropical.

It is not yet certain for the weekend: "Will it just be hot or will it be mega-record hot?" For Patrick Panke, meteorologist at wetter.de, it seems certain that the temperatures from France will continue to rise. "It is very likely that the 30-degree mark will fall at the weekend. At the latest on Sunday also in the far north. But that is assessed as very moderate," said Panke. In the southwest, 35 to 40 degrees are possible, and over 40 degrees on Sunday.

1 Cigarette the cause of the fire?: Report brings cone... 2 Decelerating 1st Biennale: Ostfriesland can do more... 3 Connection with diet: Eating better against acne? 4 Hated and cherished plant: Lupine is not just a lupine 5 Finding the right words: How do you talk to people... 6 Two years after his death: First Emmy nomination for... 7 Johannes Willms was 74: inventor of the "literary... 8 An American 007?: Grandma of "Top Gun" star... 9 For inspiration for girls: Jane Goodall gets her own... 10 Director committed: Amy Winehouse film takes shape 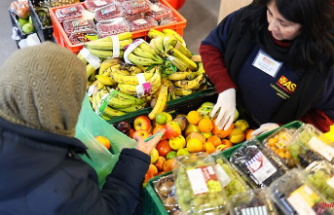 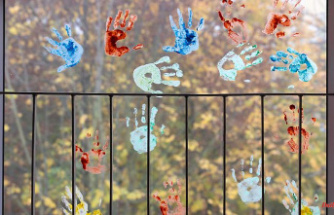 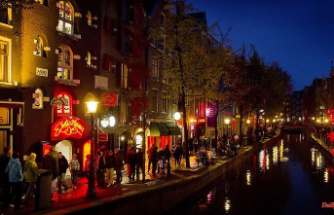 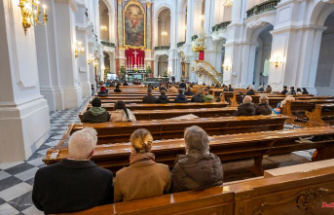 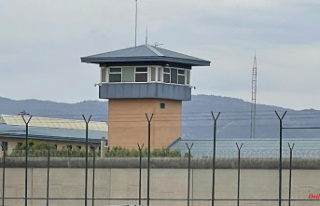 Cigarette the cause of the fire?: Report brings cone...