For two years, the Cologne CSD cannot take place as usual because of Corona. 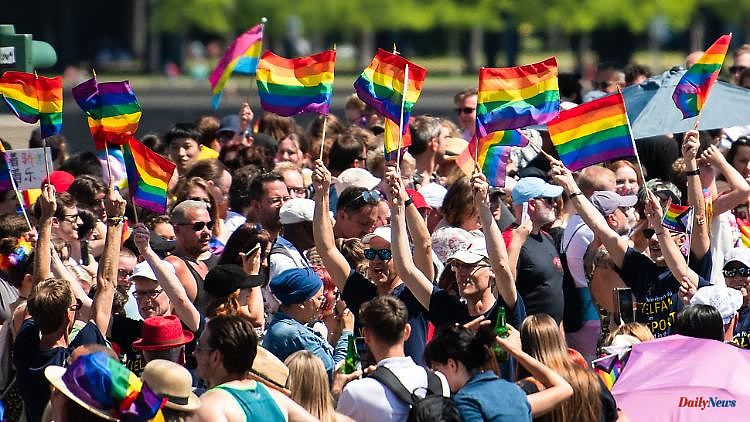 For two years, the Cologne CSD cannot take place as usual because of Corona. But now more groups than ever are parading through the city center under the sign of the rainbow. Despite the party atmosphere, the event has a serious concern.

Colourful, loud and cheerful: more than a million people celebrated Christopher Street Day in Cologne and demonstrated for tolerance and diversity. Around 180 foot groups and music floats took part in the parade through the city center - more than ever before. According to the organizers, around 1.2 million visitors came, the police spoke of at least one million. There were no special incidents. The Cologne CSD is one of the largest events for the lesbian, gay, bisexual, transgender, intersex and queer (LGBTIQ) community in Europe.

Despite the party mood, the spectacle has a serious concern. The pressure from homophobic and transphobic groups is increasing, queer people are often victims of hatred and violence, said Jens Pielhau, head of the Cologne Lesbian and Gay Day (KLuST) association, which organizes the CSD. "We want to demonstrate peacefully and freely against this, while celebrating and showing that we are many."

Ralf and Uwe are among the visitors and have thrown themselves into extravagantly gorgeous pink and blue costumes. "I want to express joie de vivre with my outfit," said Ralf. At the same time, he wanted to be visible in a figurative sense: "It's important to show your presence in the face of homophobia and extremism."

According to Marcel from the Viersen district, he was extremely happy that he could finally be who he is at the CSD: "I come from a village where I can't walk around the way I want," he said. "If I were to walk across the street hand in hand with a man, I would just be stared at and avoided." With the demo, Cologne is "sending a strong signal for diversity, for tolerance, against hate and against exclusion," said North Rhine-Westphalian Prime Minister Hendrik Wüst from the CDU, who was the first Prime Minister in the roughly 30-year history of the Cologne CSD .

Incidents like the recent one in Oslo show that it is still necessary to set such signals. A week ago, an attacker shot dead two people and injured 21 around a popular gay bar in Oslo. "Everywhere in the world, and unfortunately also in Germany, extremists are at work who do not want to grant us our freedom," said the federal government's queer commissioner, Sven Lehmann from the Greens. "The strong signal from Cologne is: We will never let this freedom be taken from us."

The parade was the highlight of a CSD weekend with a big street festival and several stages in Cologne's old town. After two years with severe corona restrictions, the event was able to take place again in the usual setting for the first time. In many places, the CSD is reminiscent of events in New York in 1969: At that time, police officers stormed a bar on Christopher Street and broke up a riot by gays, lesbians and transsexuals. 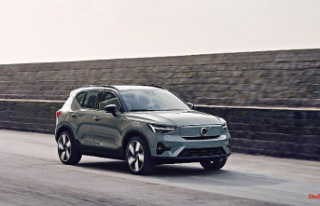 Quite suitable for everyday use: Volvo XC40 Recharge...