After fish deaths in the Oder: Poland is offering high rewards for information on the perpetrators

Thousands of dead fish have been floating in the water in the Oder for days. 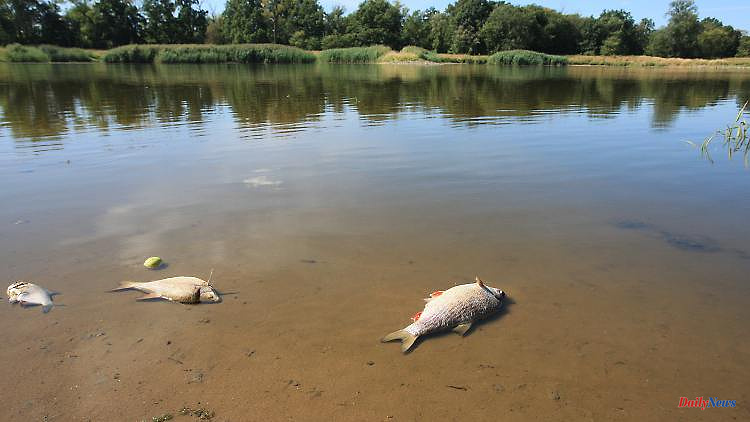 Thousands of dead fish have been floating in the water in the Oder for days. The reason for the massive fish kill is still unclear, but Poland believes it is an environmental crime. The police therefore want to identify the culprits as soon as possible and are asking for your help.

Because of the death of fish in the Oder, Poland has offered a high reward for information leading to the arrest of a perpetrator. The police have offered a sum of the equivalent of 210,000 euros, said Deputy Interior Minister Marcin Wasik in Gorzow Wielkopolski. "We want to find the culprits and punish the perpetrators of the environmental crime that is probably at stake here," emphasized Prime Minister Mateusz Morawiecki.

Poland's government and authorities are under pressure because they have reacted too hesitantly to the fish kill. On Friday evening, Morawiecki had therefore dismissed the head of the water authority and the head of the environmental authority. He does not rule out further personnel consequences, said the head of government. Morawiecki admitted that he only found out about the massive fish kill on August 10th. "I was definitely informed too late."

Meanwhile, in eastern Brandenburg, hundreds of helpers are collecting the dead animals. Around 300 emergency services have been on the road in the Märkisch-Oderland district for around 80 kilometers since the morning, as the spokesman for the district, Thomas Rubin, said. "I reckon with several tons of fish that we get out."

On the Oder in the small Brandenburg town of Lebus, not far from Frankfurt (Oder), an unpleasant smell had spread through the decomposition of the fish, a dpa reporter described. Birds can also be seen carrying away dead fish.

Helpers were equipped with gloves, rubber boots or waders. Sometimes boats are also used, said the spokesman for the district. According to him, the carcasses come in garbage bags, which are collected at several locations and then placed in containers. After collecting the fish on Saturday, the disposal in the Märkisch-Oderland district is expected to continue on Monday, as the spokesman said.

The mayor of Schwedt in north-eastern Brandenburg, Annekathrin Hoppe, described the death of fish in the Oder as an environmental catastrophe of unprecedented proportions. The Lower Oder Valley National Park has great fears that the effects will be so huge that they will last for years, said the SPD politician on rbb Inforadio. "For us, this poisoning situation that has now built up in the Oder is an environmental catastrophe of unprecedented proportions." Tourism, as well as grazing and fishing, are also severely affected.

The Ministry of the Environment in Mecklenburg-Western Pomerania expects the effects of the fish kill in the Oder on the Szczecin Lagoon. It is to be expected that the loads will already reach the mouth of the Oder near Szczecin (Poland) in the evening, depending on wind and current conditions, the ministry wrote in a statement late on Friday evening. In the course of Saturday, the Western Pomeranian part of the Szczecin Lagoon could also be affected.

As a precaution, Till Backhaus's ministry called on residents to refrain from fishing and taking water from the water - regardless of use. The responsible authorities in Mecklenburg-Western Pomerania are currently preparing water and fish samples.

Meanwhile, investigations into the massive fish kill in the Oder continued. Previous laboratory analyzes did not bring any precise information about the pollution of the water and the causes. However, according to the Brandenburg Environment Minister Axel Vogel, the Oder has "very much increased salt loads". "According to current knowledge, however, it will not be a single factor that caused the fish kill in the Oder," says a statement.

Further test data "in particular on heavy metals, mercury (in other samples) and other elements" are still in the laboratory for clarification and should be available in the coming week. Environmental politicians and conservationists rated the fish kill as an environmental disaster. 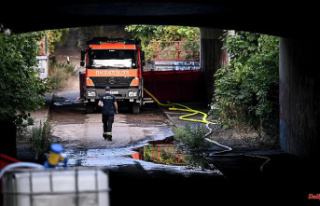