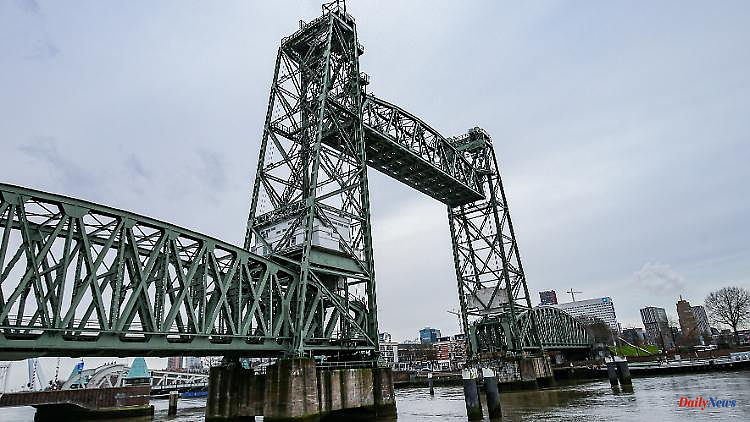 A Dutch shipbuilder wanted to dismantle a historic bridge in Rotterdam for Jeff Bezos' 430 million euro mega yacht. Because the ship is too big to pass under the almost 100-year-old bridge. There was massive criticism for the plan, so the company is now backing down.

A historic bridge in Rotterdam is not being dismantled for the passage of a mega yacht, which according to media reports Amazon founder and US billionaire Jeff Bezos is having built there. Shipbuilder Oceanco has informed the authorities that it will not apply for partial dismantling of the Koningshavenbrug after violent reactions and threats, a spokesman for the Dutch port city said today and confirmed corresponding media reports.

The plan had outraged the people of Rotterdam: The almost 100-year-old bridge was to give way to the luxury yacht, since the ship is too big to drive under the bridge. There were calls on social media to greet the ship with rotten eggs. Now the Dutch daily newspaper "Trouw" reported that the shipbuilder for special yachts feared vandalism and had therefore called off the campaign. The company, which specializes in the construction of luxury ships, did not initially respond to inquiries.

It is unclear how - and how far completed - the ship should now reach the open sea. The sailing yacht should be completed this summer and towed out to sea. But the 46 meter high bridge with the popular name "De Hef" was in the way. Therefore, the moving center piece should be dismantled and restored after the passage.

The three-master named Y721 is currently being built at a shipyard near Rotterdam and is estimated to cost around 430 million euros and be 127 meters long. The former railway bridge over the Meuse is a listed building. It is a so-called lifting bridge, since the middle section can be lifted upwards to let ships through. No trains have crossed the characteristic bridge since 1993. 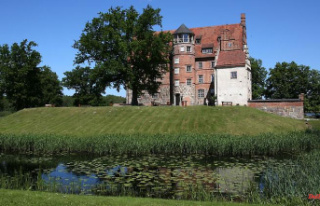