After the alleged murder of father: fugitive races in a group of cyclists – one dead

After he is said to have killed his father, a 36-year-old tries to escape the police in Mannheim. 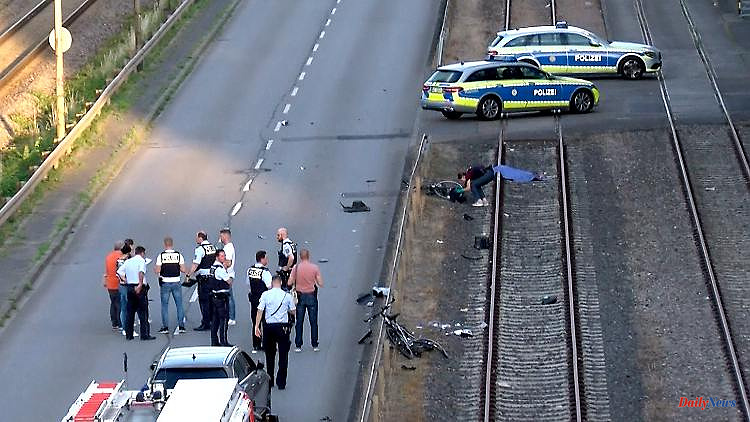 After he is said to have killed his father, a 36-year-old tries to escape the police in Mannheim. On the run from the officials, he hits four cyclists - for a woman the accident ends fatally. The police speak of a "mental state of emergency" of the suspect.

A man is said to have killed his father and hit four cyclists with a car while trying to escape. A 71-year-old cyclist was fatally injured in the incident in Mannheim, the other three were hospitalized with serious injuries, the police and prosecutors said.

The 36-year-old suspect, who has since been arrested, is suspected of having killed his 69-year-old father in Ellerstadt in Rhineland-Palatinate shortly after 6 p.m. on Sunday. The background of the act initially remained in the dark. According to preliminary investigations, the alleged perpetrator then fled by car before the police arrived. In Mannheim, Baden-Württemberg, the car then collided with the four cyclists, and the driver fled again – ultimately on foot.

Finally he jumped into the adjacent Rhine. "The man, who was probably in a mental state of emergency, was finally arrested by police forces," the investigators reported.

A police spokesman said there was no evidence that the crimes were politically motivated. It was initially unclear whether the suspect had previously been known to the police. The exact circumstances of the arrest on the Rhine were still unclear hours later. According to the investigators, a helicopter and a boat from the water police were used in the chase. The scene of the accident on Mannheim's Rhenaniastrasse was cordoned off over a large area on Sunday evening. 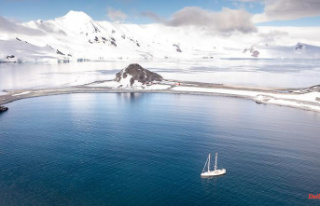 Great diversity in the sea: Can RNA viruses slow down...