After the anti-Semitism scandal: Documenta boss Schormann resigns from office

An anti-Semitic banner at this year's Documenta costs the general director of the art show, Sabine Schormann, her job. 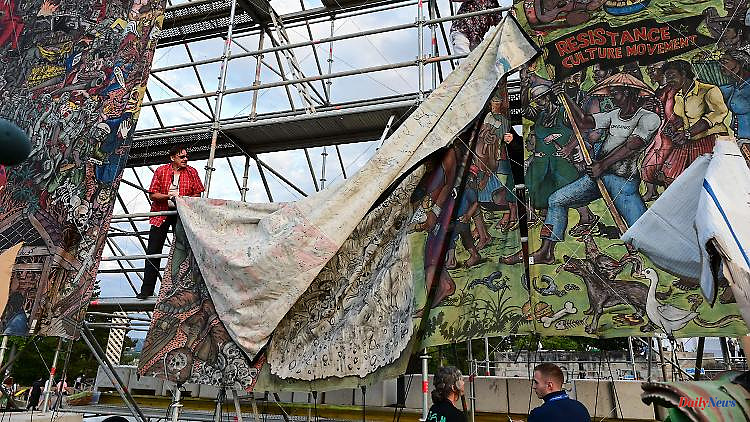 An anti-Semitic banner at this year's Documenta costs the general director of the art show, Sabine Schormann, her job. The decision is made in a nightly meeting of the Supervisory Board. After the scandal, he is also self-critical - and promises improvement.

The General Director of this year's Documenta in Kassel, Sabine Schormann, is resigning from her position. The supervisory board of the art exhibition announced that it was mutually agreed to terminate her contract of employment. An interim successor will initially be sought.

The supervisory board and Schormann drew the conclusion from the anti-Semitism scandal at this year's show. A work with anti-Semitic imagery was dismantled after a wave of outrage just a few days after the start of the world art exhibition. Months earlier there had been allegations of anti-Semitism against the Indonesian curator collective Ruangrupa.

The supervisory board clearly distanced itself from the plant. "The presentation of the banner 'People's Justice' by the Taring Padi artist collective, with its anti-Semitic imagery, was a clear transgression and the documenta was inflicted with considerable damage." The incident must be clarified promptly.

The supervisory board then met on Friday evening. The session ended late that night. The City of Kassel and the State of Hesse are represented on the Supervisory Board. At the top are Lord Mayor Christian Geselle as Chairman of the Supervisory Board and Art Minister Angela Dorn. She requested the meeting in her own words. The Supervisory Board currently consists of ten people. The federal government is not represented on the supervisory board. However, Minister of State for Culture Claudia Roth welcomed the resignation. The Greens politician told the "Frankfurter Rundschau": "It is right and necessary that we can now work through how anti-Semitic imagery could have been exhibited and draw the necessary conclusions for the art exhibition."

In the past few weeks, there have been repeated calls for the 60-year-old Schormann to resign. Among other things, she was accused of inaction in dealing with the scandal. Most recently, the head of the Anne Frank educational institution, Meron Mendel, withdrew as a consultant to the Documenta. He was actually supposed to be part of a commission of experts that was supposed to check the remaining works of the Documenta for further anti-Semitic content. Schormann, however, did not follow up on their announcements with action, he criticized. As a result, Hito Steyerl, one of the most important international artists, declared that she was withdrawing her works from the Documenta.

Dorn - like Minister of State for Culture Claudia Roth - calls for structural changes in the art show. "We need a structure that can give us recommendations for the current Documenta, but also for the future," said Dorn on Thursday in the Hessian state parliament. "We have come to a point where we all have to recognize that some crisis management processes are not going well."

Schormann moved to Kassel as general director in autumn 2018. The year before, the non-profit Documenta GmbH hit the headlines because of a deficit in the millions at Documenta 14 in 2017. The managing director at the time, the art historian Annette Kulenkampf, then resigned from her post. For a transitional period, the music manager Wolfgang Orthmayr initially managed the business.

Before moving to the Documenta, Schormann had held a dual role as director of the Niedersächsische Sparkassenstiftung and the VGH Foundation. Her tasks in Kassel included the preparation and organization of the Documenta Fifteen. Born in Bad Homburg, she is a Germanist and cultural manager. In the 1980s she studied German, philosophy and art history at the University of Mainz. In 1992 she received her doctorate on a topic about Bettina von Arnim.

1 New charges despite acquittal: Suspect in Frederike... 2 Flames in Italian seaside resort: Tourists flee forest... 3 After arrest of drug lord: 14 dead in helicopter crash... 4 What's the best way to save energy?: Counseling... 5 Four-year-old killed in Vinnytsia: Mother Iryna does... 6 Heavy forest fires in Portugal: Pilot dies in crash... 7 One for all: is it vintage or can it go away? 8 ARD presenter has Corona: Caren Miosga missed the... 9 Pop-Titan back at DSDS: nothing to get without planks 10 Relationship with his nephew ?: Ricky Martin defends... 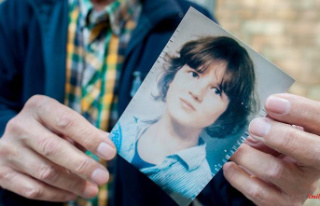