In Australia's capital Canberra, shots suddenly rang out in the departure hall of the airport. 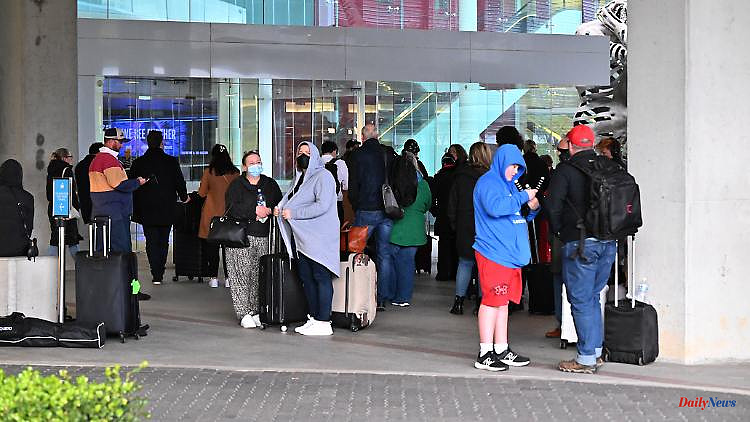 In Australia's capital Canberra, shots suddenly rang out in the departure hall of the airport. Air traffic is stopped and the airport evacuated. Passengers have to persevere in planes on the tarmac. The shooter's motive is unclear.

A man fired several shots at the airport in the Australian capital Canberra, but authorities said no one was injured. He was arrested and taken to the police station, the AAP news agency wrote. The man probably acted alone, AAP quoted a police spokesman as saying. The shots he fired in the departure hall were therefore not aimed at people. The motive of the man is still unclear, it said. Nothing was known about the alleged perpetrator either.

The incident reportedly happened around 1:30 p.m. local time. The man initially sat near the window in the check-in hall, TV station ABC quoted an investigator as saying. After five minutes, he drew his gun and fired about five shots. Bullet holes could be seen in the windows of the departure hall.

The airport had to be evacuated for several hours because of the incident, and air traffic was stopped. A number of passengers were initially stuck in planes on the runway. ABC reported some also had to wait outside in the cold. It is currently winter in Australia. The police later gave the all-clear, as AAP wrote. Shortly before 5 p.m., passengers were able to re-enter the building, but aircraft take-off and landing remained suspended.

Prime Minister Anthony Albanese also tweeted that he had been informed of the incident and that there was no longer any danger. The man did not go through any security check, it said.

1 Is the salt content too high the cause?: Fish did... 2 Criminals block roads: Mexico reports arrests after... 3 Accident in Brandenburg: Two people die in a light... 4 First test results: Fish in the Oder did not die of... 5 Sister reports death after coma: "Beverly Hills,... 6 "Empathy is our superpower": Émile Bravo... 7 Celebrating the first anniversary: ​​"Bachelorette"... 8 "Start Crying": Angelina Jolie accompanies... 9 Save and get fit: tips for prospective bicycle commuters 10 Tandem at the top: Is job sharing only for management... 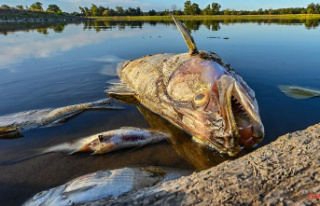 Is the salt content too high the cause?: Fish did...