Allegation of intentional homicide: Suspect from Copenhagen must be in psychiatric hospital

The Dane, who is believed to be responsible for the rampage that killed three people in a Copenhagen shopping center, suffers from mental health problems. 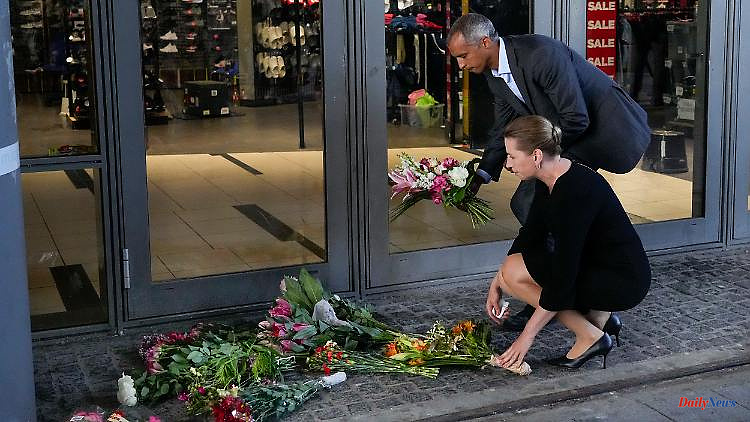 The Dane, who is believed to be responsible for the rampage that killed three people in a Copenhagen shopping center, suffers from mental health problems. In previously released videos, he mimics suicide with a gun. For the pre-trial detention he comes to the psychiatric ward.

The alleged perpetrator of the Copenhagen shooting is committed to a closed psychiatric ward for 24 days. The Danish media reported unanimously from the hearing of the suspect. Thus, the suspect had to spend the pre-trial detention in the psychiatric ward. According to the investigators, there was no terrorist motive, but mental problems that drove the 22-year-old Dane to shoot three people and injure numerous others in a Copenhagen shopping center. The perpetrator was "known to the psychiatric services," said Copenhagen police chief Soren Thomassen. The 22-year-old had published videos before the crime in which he imitated suicide with a gun. In his questioning, the 22-year-old admitted to being in the mall during the gun attack, according to police. Investigators conducted multiple searches.

The public prosecutor's office in Copenhagen accuses the suspect of intentional homicide and attempted homicide. This was reported by several Danish media from the hearing of the suspect before a magistrate. The interrogation of the alleged perpetrator took place behind closed doors at the request of the prosecution. A public hearing could stand in the way of clarifying the case, it was said to be the reason. The 22-year-old's defense attorney said, according to the Danish media, that the suspect did not want to comment publicly on the allegations against him.

The investigators classified videos of the suspect that had been circulating online since Sunday evening as authentic. In it, the young man poses with weapons, mimics suicidal gestures and speaks of psychotropic drugs "that don't work." According to Danish media, the 22-year-old published the videos on Friday. The YouTube and Instagram accounts, which are said to belong to the suspect, were blocked on Monday night.

The perpetrator opened fire late Sunday afternoon in the Fields shopping center, which is located between Copenhagen city center and Copenhagen Airport. He was reportedly carrying a rifle, a pistol and a knife, although he was not licensed to carry weapons. Around 5:50 p.m., about a quarter of an hour after the first emergency calls were received, the shooter was arrested without resistance.

According to the police, he had previously killed three people: a 47-year-old Russian living in Denmark and a teenager and a teenager from Denmark aged 17. The different ages and genders of the victims indicate that the shooter chose his victims at random. Investigators believe the young man acted alone. Some witnesses said the man tried to lure people into the trap, for example by telling them his gun wasn't real. After the shots were fired, visitors to the shopping center panicked and fled outside or hid.

The attack injured 30 people. Four of them were still in serious condition, police said: two Danish women, aged 19 and 40, and two Swedes - a 50-year-old man and a 16-year-old girl. 23 people suffered only minor physical injuries in the panic.

Many visitors to the Fields Center had flocked to the area for a concert by British singer Harry Styles that was to be held at the nearby Royal Arena that evening. The concert with 13,500 spectators was initially scheduled after the firearms incident, but was then canceled after criticism. "At first we thought people were running because they saw Harry Styles," said one visitor. "Then we realized that people were panicking (...) We ran for our lives."

Styles himself was "shocked" by the bloody deed. "My team and I are praying for everyone who witnessed the shooting at the Copenhagen mall," the singer said on the Snapchat network. Danish Prime Minister Mette Frederiksen said that "usually so safe" Copenhagen had become the scene of a "cruel" act "within a second".

The federal government also reacted with shock. "This heinous act fills us with deep sadness for the victims," ​​said government spokesman Steffen Hebestreit in Berlin. "We mourn with our Danish neighbors and friends," Interior Minister Nancy Faeser had previously tweeted. 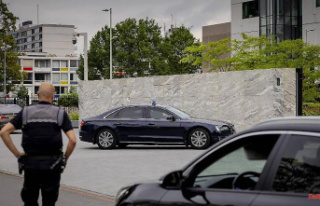