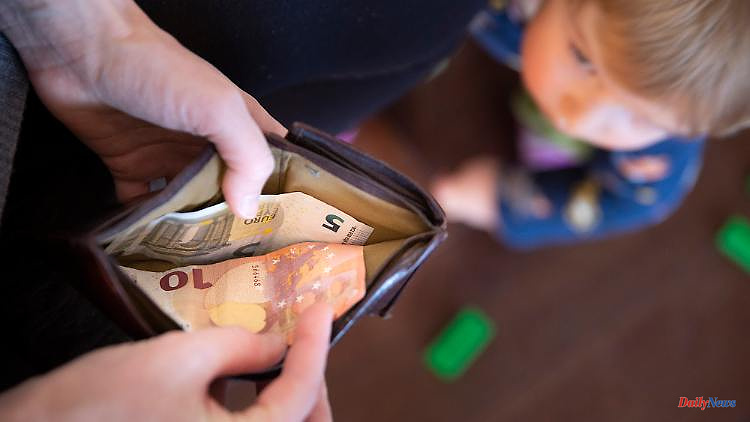 The results are "shocking", says the Paritätische Wohlfahrtsverband: 13.8 million people in Germany should currently be counted among the poor. But things could get worse, the association warns - and criticizes the government's reaction to high inflation.

According to the Paritätischer Wohlfahrtsverband, poverty in Germany has reached record levels. In 2021, the poverty rate had risen to a high of 16.6 percent, the association said. "Accordingly, 13.8 million people in this country must currently be counted among the poor, 600,000 more than before the pandemic." Due to the high inflation, a further deterioration of the situation is to be expected.

According to an EU standard, the Paritätische Wohlfahrtsverband classifies all people as poor whose income is below 60 percent of the median income in Germany. The entire household net is included in the calculation, i.e. in addition to wages, pension and unemployment benefit, housing benefit and child benefit.

For 2020, the Paritätische had calculated a poverty rate of 16.1 percent and given the number of those affected as 13.4 million. In the first year of the pandemic, “the various protective shields and emergency measures” of the federal government and the federal states ensured “that poverty only increased relatively moderately despite the economic slump and the rapid increase in unemployment,” the association explained.

In 2021, the economic effects of the pandemic "apparently had a full impact on the development of poverty," it said. The managing director of the parity, Ulrich Schneider, called the study results "shocking".

According to the information, poverty rose unusually sharply among those in work, especially among the self-employed, for whom the rate rose from 9 to 13.1 percent. The rate among pensioners was 17.9 percent and among children and young people even 20.8 percent - both highs.

The parity also pointed to major differences between the federal states. "While Schleswig-Holstein, Brandenburg, Baden-Württemberg and above all Bavaria stand out positively, five federal states have above-average poverty rates: North Rhine-Westphalia, Thuringia, Saxony-Anhalt, Berlin and Bremen, at the bottom, far behind with a poverty rate of 28 Percent." The association described the Ruhr area as "the number one problem region in terms of poverty policy".

The Paritätische called the Federal Government's previous relief measures in view of the high inflation "unfair and insufficient". "We have no understanding of the fact that the federal government is pouring water across the country, providing support where it is not needed at all and only providing completely inadequate help where it is urgently needed," criticized Schneider.

The association called for a new package of measures that had to start with the "care services". Specifically, it is about an increase in the standard rates in the basic security as well as the housing benefit and the BAFÖG. This is the most effective lever "to quickly relieve lower incomes, which has a lasting effect and does not fizzle out again after a short time". 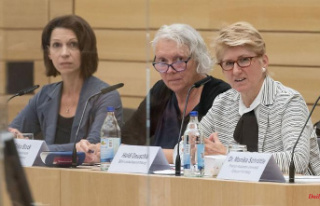