In Germany, and especially in Berlin, people are particularly affected by monkeypox infections. 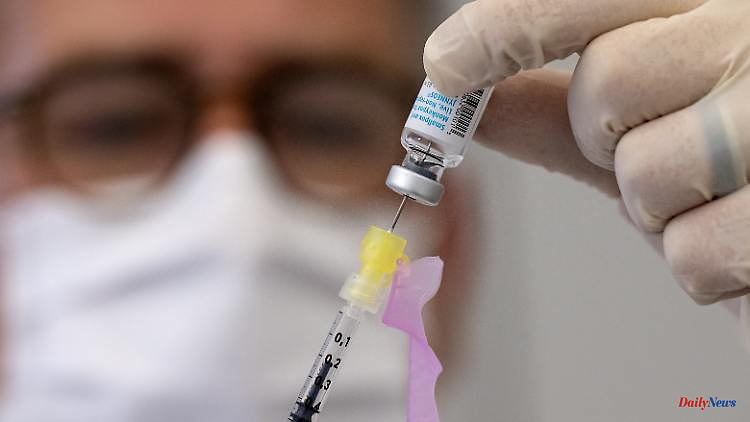 In Germany, and especially in Berlin, people are particularly affected by monkeypox infections. The RKI now reports more than 2,000 cases. An investigation provides information on how the virus came to Berlin.

Around two months after the first confirmed case of monkeypox in Germany, the number of diseases discovered has risen to more than 2,000. The Robert Koch Institute (RKI) recently reported exactly 2033 people affected in Germany on its website. A particularly large amount of evidence comes from Berlin, where, according to the State Office for Health and Social Affairs, 1140 evidence of the pathogen have been reported so far. According to the Berlin authorities, the vaccine against the disease is in demand - and has so far been scarce. According to RKI data, most federal states have so far reported fewer than 100 cases, sometimes even fewer than ten.

As can be seen from a recently published RKI analysis, Hamburg is some way behind Berlin in terms of incidence. Even in non-city states, a few large cities such as Munich, Frankfurt, Cologne and Düsseldorf are particularly affected. The RKI experts state that the further course of the outbreak is currently difficult to assess. Until the week of June 20-26, the number of reported cases increased sharply from week to week, since then the increase has leveled off significantly.

Sustainable control is most likely to be expected "if a high vaccination rate can be achieved in the groups in which many infections occur," it said. However, it must be expected that the outbreak with a lower number of cases may continue in the next few years.

With the exception of four women nationwide, according to the RKI, all sick people are men. "According to current knowledge, the transmissions in this outbreak primarily take place in the context of sexual activities, currently especially in men who have sexual contact with other men," writes the RKI. In principle, anyone who has close physical contact with an infected person can become infected with the virus. The RKI currently assesses the risk to the health of the general public as low.

Vaccination against monkeypox, which has so far only been recommended for certain groups, started last week in Berlin-Mitte. When asked, the Senate Department for Health spoke of a very high demand. Exact figures are not yet available. According to the authorities, the around 8,000 vaccine doses available in the metropolis should be used up quickly. One therefore needs timely supplies from the federal government, it said.

The start of the Berlin vaccination campaign received a lot of criticism. In other federal states less affected by monkeypox, the vaccination campaigns started earlier, according to a report by the ARD "Tagesschau" last week, which then lists bureaucratic obstacles such as a contract signed late between the Association of Statutory Health Insurance Physicians and the Berlin health administration. A spokesman for the German Aidshilfe warned the medium: "The vaccine has been available for some time. After all, it's about protecting people from a serious infection with sometimes very painful consequences."

For the past week, the number of registrations for Berlin has shown a slight decline. "Due to the fluctuations in the number of cases, however, we have to wait and see whether the trend is stable," said the health administration. The development could be related to changes in the completeness of coverage and/or reflect an actual decrease in the frequency of infection, for example through slowly building up natural immunity or through changes in the risk behavior of the mainly affected group.

In the early phase of the outbreak, around half of those affected in Berlin had apparently brought the infection with them from travel, according to a study in the journal "Eurosurveillance". Many were at a Pride event in Gran Canaria in mid-May. From May 23, the outbreak in the capital gained momentum. The experts then see a shift towards contagion, especially in Germany and especially in Berlin. According to the study, there is a comparatively large group of men nationwide who have same-sex sex. Berlin is also an important international hotspot for the community.

According to the RKI, the disease is mild in most people and usually heals on its own. However, severe courses are possible - according to the RKI report, an increase is to be feared here if small children, pregnant women or people with a pronounced immune deficiency become infected. According to a flyer from the RKI and the Federal Center for Health Education, the risk of infection can be reduced by reducing the number of sex partners. It was said that condoms could also reduce the risk of infection - but they did not protect against transmission if skin changes were touched on other parts of the body. According to the authorities, anyone suffering from monkeypox should refrain from sex, touching and kissing. 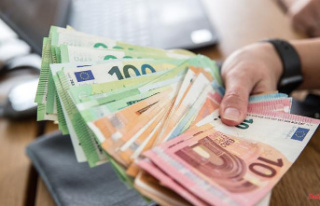