Animal under observation: Walrus makes himself comfortable on Rügen's beach

Many believe that 9-euro tourists would be the attraction of the season on the North and Baltic Seas. 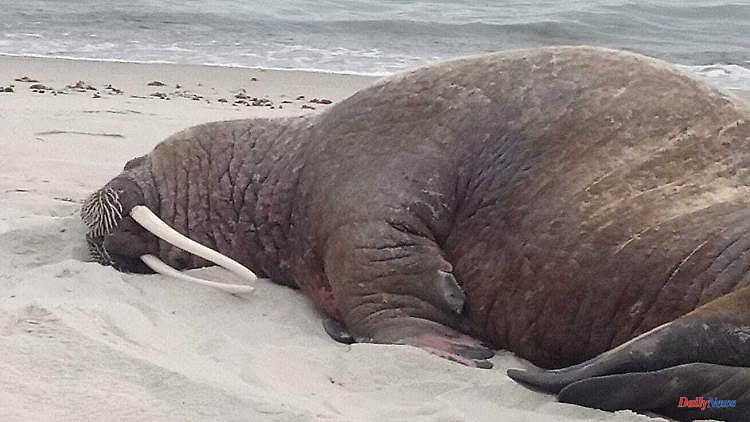 Many believe that 9-euro tourists would be the attraction of the season on the North and Baltic Seas. However, they steal the show with a walrus cow resting on Rügen's beach. For the first time such a colossus appears on the island. Unfortunately, the suspected reason gives little cause for joy.

A walrus has been sighted for the first time on a beach on Rügen. On Thursday morning, an attentive observer reported the living animal, which was more than two meters long, to the German Maritime Museum in Stralsund, the museum said. It was the first sighting on the West Pomeranian Baltic Sea coast.

An employee of the museum and a veterinarian immediately set out to inspect the animal. And indeed: The marine mammal is probably a female walrus resting on the beach, reported the curator for marine mammals at the German Maritime Museum, Michael Dähne. The beach section was cordoned off over a large area. "As unusual as a walrus is on our coast, it is important that it can rest here undisturbed," explained the scientist. The animal will be observed in consultation with the responsible authorities.

According to Dähne, a walrus was also recently sighted on the south-eastern coast of Sweden. Due to the different lengths of the tusks, however, it cannot be assumed that they are the same animal. According to the German Maritime Museum, walruses are predominantly native to the polar regions of the Atlantic and Pacific. Only rarely are animals observed in the North Sea or in the Skagerrak. However, there are also sightings off the Spanish coast.

Researchers suspect the loss of permanent ice as a habitat as an increasing reason for such migrations. Climate change is likely to lead to drastic changes in seasonal migrations and habitats for walruses and polar bears.

1 RKI warns of outbreaks: New Omikron offshoots are... 2 One for all: Twenty-two summers to go 3 'Bisexuality is not a trend': The neglected... 4 Ladiges is cooking: Poultry is now on the grill 5 More kitsch than art: garden gnomes remain a phenomenon 6 "Shameless and foolish": Britney Spears'... 7 Private judge engaged: Google founder Brin divorced... 8 "Still dreaming": Gündogan celebrates his... 9 "One year to go": Johnson sees the next... 10 A daily cup of tea together: How Camilla becomes 75... 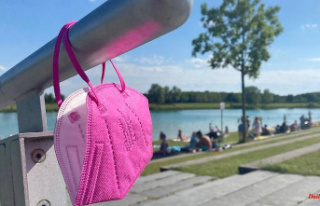